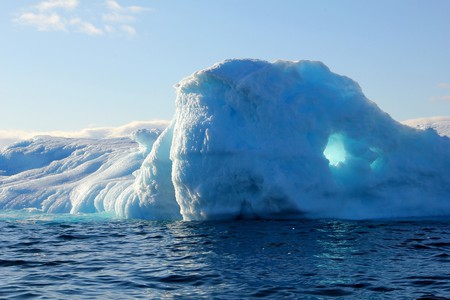 When it comes to studying antiquity, scholars and historians have long relied on the same type of sources. Much of what we know about ancient Rome is thanks to once-buried coins, plates and other artefacts recovered from archaeological sites, or writers like Virgil and Ovid, whose works have revealed precious details about what life was like under the rule of emperors. Just this month though, scientists announced a resource that sheds new light on the complexities of ancient Roman history – Arctic ice.

Pollution is nothing new and ancient Romans did their fair share of contaminating the planet. By drilling into Greenland’s ice sheet, a team of archaeologists, historians and climate scientists has constructed a timeline of Rome’s lead pollution during the Republic and Empire eras. This data can then be linked to key events like plagues, wars and economic boom or bust.

The study, published by the Proceedings of the National Academy of Sciences earlier this month, focused on lead pollution in particular as it provides clues to economic activity.

When the Romans made coins, like the standard denarius for example, they did so by extracting silver from impure ore, which contained a mixture of silver, lead and copper. The process involved boiling off the lead which, carried by winds from Europe, eventually ended up in Greenland. The lead emissions then mixed with snow, settled and compacted into the ice sheet. So, by looking at the lead in the ice’s layers, scientists are actually looking at coin production in ancient Rome. 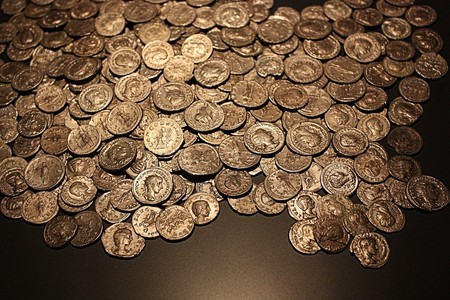 A hoard of Roman coins | © Rabenspiegel/Pixabay

The study encompasses lead emissions from 1100 BC to 800 AD, meaning that scientists were able to chronicle economic data relating to the entire rise and fall of the Roman Republic and Empire. (The Republic was founded in 509 BC while the Empire – at least in the west – fell in 476 AD).

As Rome emerged victorious from the Punic Wars in the second century BC, lead emissions increased. After a drop in the early first century BC, which coincided with a series of civil wars, lead emissions rose once again. The change, this time corresponding with the abolition of the Republic by Augustus.

The early Roman Empire is marked by 200 years of relative peace and tranquillity throughout the Mediterranean world, known as Pax Romana. This was a period of economic boom for Rome and the study suggests that during this time Western Europe may have experienced higher lead emissions than at any point before the Industrial Revolution, almost 1,800 years later.

In the ice records relating to 165 AD, scientists saw a sharp drop in lead emissions. The Antonine Plague, brought back by soldiers returning from the east, had devastated the empire. By 180 AD, an estimated 5 million people had died and the Roman army was severely weakened, as was the economy.

Lead emissions plateaued for several centuries, only to fall even lower in the late fourth century when the last Western Roman emperor, Romulus Augustulus, was deposed by the German warrior Odoacer.