How Street Art Is Transforming the City of Naples 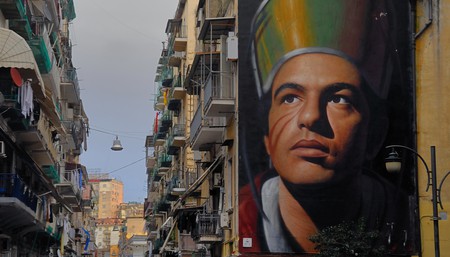 Jorit Agoch is one of a number of Italian and international muralists who are playing an important role in elevating the profile of Naples as a cultural destination. Culture Trip speaks to the artist about the social message behind his art. 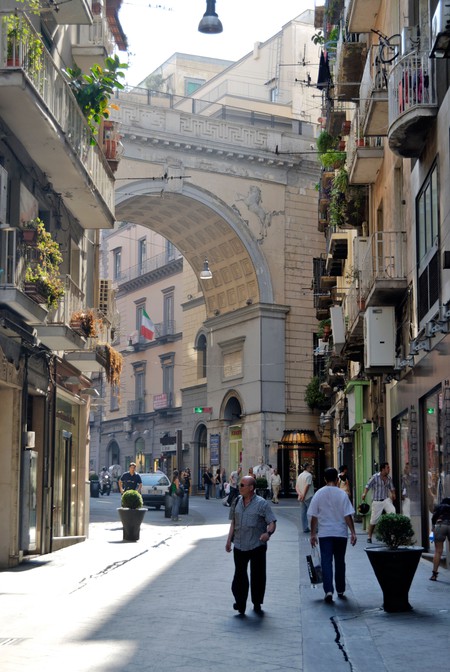 There was some excitement in late 2018 when archaeologists working at the Pompeii site discovered new graffiti in the preserved city’s Regio V district. The writing seemed to suggest the fatal eruption from nearby Vesuvius took place in October AD 79, not August, as some historians had previously thought. There was something wonderfully Neapolitan about the gossipy, offbeat graffiti, roughly translated from the Latin as ‘On 17 October, he overindulged in food.’

There’s no place that does self-expression quite like Naples, whether that means hand gestures, Baroque altarpieces, cooking or, increasingly, street art. Walk around the cobbled maze of the Centro Storico and you’ll find a likeness of Sophia Loren pouting across Via San Liborio; a bemused Totò, the much-loved Neapolitan actor and comedian, looking down Spaccanapoli; and, everywhere, a jubilant, defiant Diego Maradona. Artists like Zed 1, Blu, Alice Pasquini, Roxy in the Box and Cyop & Kaf have added an extra layer to the city’s celebrated assortment of decorative and architectural styles. On Piazza dei Girolamini, a Banksy piece, Madonna with a Pistol, is now officially protected by the city, after an earlier work by the British artist was covered in scribbled tags.

In 2016, Inward, a local non-profit cultural association opened a graffiti park in Ponticelli, in the city’s eastern suburbs, close to the airport. One of the first pieces created for the new space depicted the face of a Romani girl, realised in a strikingly hyperrealistic style and titled All Children Are Equal. It was the work of a 28-year-old artist called Jorit Agoch (real name Jorit Ciro Cerullo – his father is Neapolitan, his mother Dutch), whose pieces have appeared on the walls of Brooklyn, Buenos Aires, Cochabamba, Aruba, Gaza and Santiago de Chile. 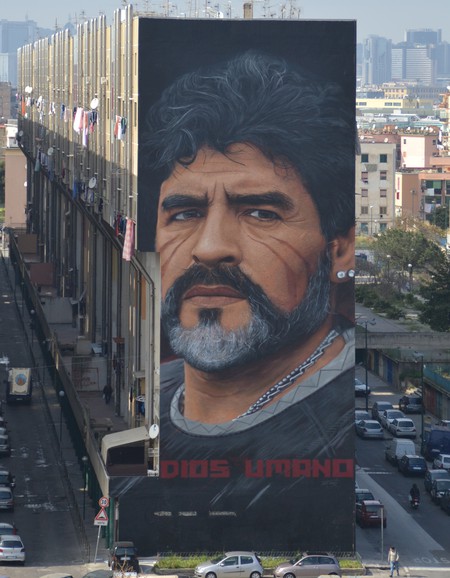 Agoch’s most recent work is 100 metres (328 feet) high, covering one of the tallest buildings in the Naples Financial District (close to the city’s Centrale train station) and featuring the faces of five of the region’s most successful athletes. An official commission to promote the 2019 Universiade (student games), held in the city every July, it is both an expression of civic pride and a social message – a declaration that everyone has the right to physical education.

Statements are an important part of Agoch’s work. While he was painting a huge likeness of Che Guevara on a social housing block in San Giovanni a Teduccio, a poverty-stricken, crime-blighted area of the city known as the Bronx (though without its New York namesake’s coastline and sprawling parkland), the local residents would offer to make him a coffee and ask questions about the Argentine revolutionary’s life. Not everyone’s quite so appreciative, though. Agoch was banned from Israel for 10 years after paying tribute to the teenage Palestinian activist Ahed Tamimi on a West Bank security barrier.

The artist’s most celebrated work avoids any controversy. His magnificent portrait of San Gennaro, the city’s patron saint, can be found on Via Forcella, near the cathedral. Agoch asked a friend, a factory worker who sprays cars for a living, to pose for the painting. It’s an approach that echoes Italian painter Michelangelo Merisi da Caravaggio’s use of ordinary, everyday street people as models for his religious works – a potent way of finding the humanity in extraordinary figures. Agoch laughs when he hears Caravaggio’s name; clearly the comparisons are becoming rather commonplace. 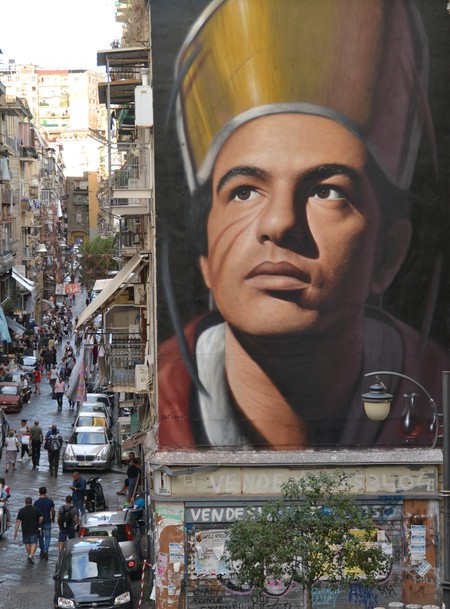 “Of course I like Caravaggio… but y’know, I like Rembrandt, too. But yes, that was what I was trying to do, make this person a saint, a holy icon of the city. To sanctify him, really. Faces are the most important part of a human being, they can make very powerful images. The reason that I always paint two red stripes on people’s faces is so that they represent the human tribe. It’s a way of saying that my message is one of unity.”

Agoch started out as a graffiti artist, tagging walls and creating pieces influenced by the street-art scene in the USA. His move to combine the energy and vitality of old-school hip-hop with Old Master historical style was inspired but, as he explains, it felt like a natural progression. “I don’t see graffiti artists as a separate thing. My view is that the people who used to paint subway trains are finding a way to do what they want to do, to say what they want to say. And I share that because I am from Naples and I grew up in a really bad place. It’s about social messages, not about making money. Peace, unity and love, yes, of course, but it’s also about class struggle, about social justice,” he says.

Next up is a project at the so-called terra dei fuochi (‘land of fires’), the coastal spot where the Camorra (a Mafia-type criminal organisation) illegally dumps and burns toxic waste. There’s also talk of a trip to Russia, but most of all a desire to see his work become a part of the mainstream, to connect with people in a more direct way. Not that Agoch is particularly keen on the idea of street art being used as a marketing tool for the city’s tourism. “If people, tourists, like what I do, then that’s good, but for me it’s about the message. Street art shouldn’t just be decoration,” he explains. 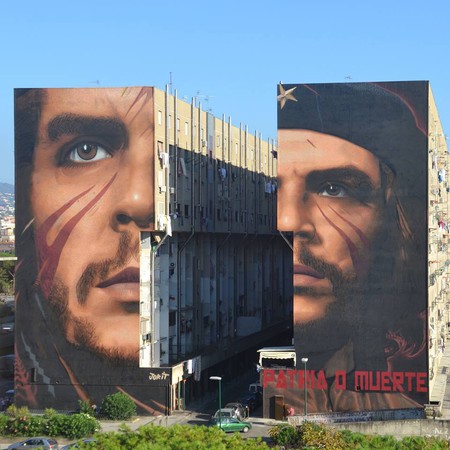 Agoch’s Che Guevara can be found on a social housing block in San Giovanni a Teduccio, a suburb of Naples | Courtesy of Jorit Agoch

Tourism has been on the up in Naples, with numbers doubling over the past decade. The launch of the Art Stations on the city’s metro system in 2011, featuring works by both Italian and international artists, has been a huge success and now the murals by Agoch and his contemporaries are playing a similar role in raising the profile of the city as a cultural destination, with new galleries opening all the time.

However, some of the street artists are upset about their work being appropriated for commercial aims. Cyop & Kaf recently announced that they were moving away from the scene, complaining that walls were fast becoming the “privileged semantic field of marketing”. It’s going to be fascinating to see what happens over the next couple of years, as a proudly outsider subculture increasingly finds itself flirting with respectability. Either way, there’s never been a better time to discover Neapolitan street art.