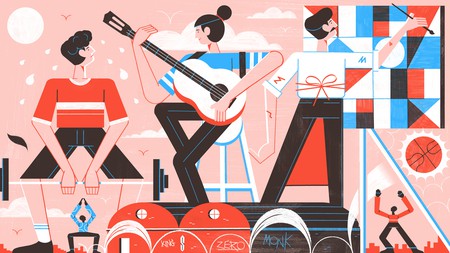 Rome’s youth culture isn’t found in the night clubs, but rather vibrant community hubs in strange spaces: abandoned silk factories, boules clubs and schools. This is life inside the city’s centro sociali.

Outside Corto Circuito, teenage boys in tracksuits are happily kicking a ball about on the football pitch, and organisers Daniela and Stefano have just been served a bill for €942,000 (£797,920) worth of rent. “The municipality wants 30 years of rent,” Stefano explains over coffee. “Prior to the 2008 economic crash, no one asked for money.”

Corto Circuito is one of Rome’s centro sociali: occupied buildings across the city, which enjoy various degrees of legal recognition and are home to much of Rome’s authentic youth culture. If you want to attend a cheap yoga class, listen to Roman hip-hop, or go to a queer club night, you head to a centro sociali. These spaces are so integrated into the fabric of life for young Romans, their dubious legality isn’t really considered – except, occasionally, by the city’s municipality. 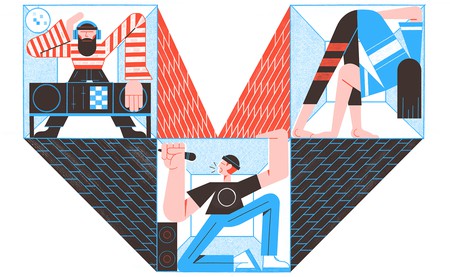 The former elementary school that hosts Corto Circuito has been occupied since the 1990s, and although organisers have had a relationship with the municipality since 1996, they’ve been waiting to be legitimised all this time – and now, have been hit with this colossal bill.

They’re far from the only centro sociali that has faced growing issues with the local government. Artist collective and venue Angelo Mai may be home to counterculture club nights like Merende, where partygoers must leave their shoes at the dance floor’s entrance and Rome’s young and beautiful get tattooed beside the DJ, but it’s not all parties here. Silvya de Fanti, one of the space’s organisers, recounts how it began as a housing occupation in 2004, organised by a collective of musicians and 25 homeless families in Rome’s Monti neighbourhood. Quickly, the space became popular: “There was a need for a place artists could rent for nothing. A lot of productions started there, and it became a cultural occupation, not only a housing centre. We did tangos, concerts, evenings where you could dance.”

However, their first space wasn’t to last. “In 2006, we were evicted in a very bad way,” de Fanti grimaces. “This is constant – being treated as criminals, instead of people who create value in the city.” The 25 homeless families accepted rehousing across Rome; from then, Angelo Mai developed solely as a cultural centre. In 2009, they entered the space they still use today in the San Sebastian park – a former boules clubhouse, beside the ancient Roman Caracalla baths. They’ve been evicted from here twice, but de Fanti grins as she explains, “We did two huge concerts in the park in front to get back in – and I mean huge, like 6,000 people.” In Rome, these public displays of support count for a lot – in 2017 when a beloved bar (San Callistor) was closed down, patrons did sit-ins outside of it for two weeks before the police themselves reopened the property. But vocal and significant support for Angelo Mai aside, they’re still fighting for legal recognition in order to remain in their current location.

Despite the struggles with legitimacy, the centro sociali haven’t lost any of their spark. “Sorry it smells like beer – Moscow Death Brigade played on Saturday… they were crazy!” Sara says, leading the way down into the cavernous internal basement of CSOA La Strada. They regularly host internationally famous bands here, but also more academically minded events – upstairs, high school students benefit from free tutoring for their graduation exams alongside free book launches and art exhibits. Sara herself has been involved in the space since she was in high school; now in her early twenties, she values it immensely. “I’ve met the most important people in my life here. I’ve discussed my favourite book with my favourite writer here. Only here do you do neither study stuff, or work stuff. Here, in this space, you do things which are very atypical in life.” 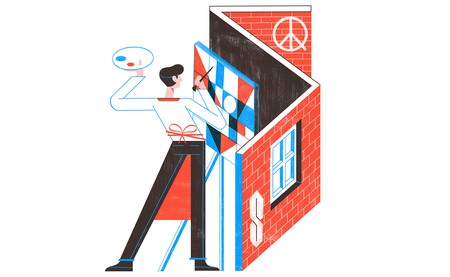 Facilitating creative freedom is something that unites all centro sociali. “I really think it gives people access to theatre and the arts they might not otherwise have,” says de Fanti of Angelo Mai’s cultural events, which include theatre workshops for local kids. She sometimes stars in the three or so performances staged every month, and Angelo Mai champions the Piccolo Orchestra di Tor Pignattara, a band and project that unites young Romans of different backgrounds to create a new, multicultural Italian sound.

Music, Stefano says, is also at the heart of why CSOA Corto Circuito was founded. “[Don Bosco] is a very isolated quarter. In the 1990s, there was nothing around here, nowhere to make music, especially alternative music.” Modern Corto Circuito still offers a free to use practice space, as well as the quarter’s first gym which gives locals a space to workout, practice martial arts or play football, without pricey memberships.

But it’s not all fun and games. As well as being Rome’s hippest hangouts, centro sociali have always been hubs of revolution and egalitarianism. CSOA Corto Circuito has a school where immigrants can study Italian or maths, and some form of legal assistance is freely available every day. “We have a lawyer to help women experiencing domestic violence,” organiser Daniela says, as well as lawyers specialising in immigration and housing law.

Similarly, CSOA La Strada places great emphasis on community and equality. “This place is open to anyone who wants to make a difference in this neighbourhood,” says Damiano, who first got involved in the space in high school. Now 33 years old, he thinks of the organisers of this space as inheritors of the Italian resistance. “This is a place to build community. I’m proud of the link between the Italian resistance and anti-fascism today.” This link is honoured by an anti-racist carnival held in the space around the 25 April (the day of Italy’s liberation from fascism) but they don’t focus solely on Italian justice issues – visiting speakers have included a Black Lives Matter activist from Boston and a fighter from Northern Syria’s Women’s Protection Units.

Though legal recognition may be out of reach for many centro sociali, some of them aren’t seeking it at all. “This place is different from the other Centro Sociali,” Lorenzo, one of the organisers of CSOA eXSnia, explains. “It wasn’t founded by a political group, but by the community committee of the Quarter.”

Based in the Roman district of Pigneto, this abandoned factory was once a locus of social problems: drugs and prostitution were rampant. After a fire in 1994, the community committee decided to reclaim it for the benefit of people in the Quarter. It seems to have worked – on a freezing December evening, the centro sociali’s gigantic basketball court is heaving; it looks like two games are going on at once. Teenage boys sit together on sofas, playing Italian and American rap on their phones. “A lot of boys are second-generation migrants,” Lorenzo says. “Although their families might have cultural differences, here all the boys make activities together.” 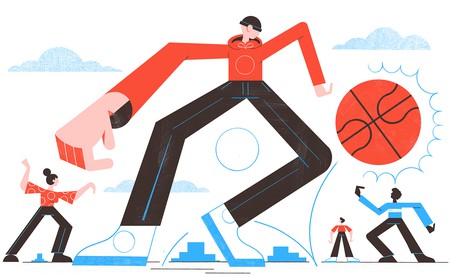 Coming together is at the core of CSOA eXSnia. A predominantly Bangladeshi cricket team practice here; there are basketball teams for men and women as well as classes for boxing and yoga; and the surrounding park overflowing with allotments is maintained by the community. In the summer holidays, there’s a free summer school that serves as childcare for local families, organised and run by the neighbourhood’s pensioners. Lorenzo is determined to keep the space in the hands of those who have built it. “We want to be illegal – we choose to be illegal. They want to recognise us but we don’t want to be recognised. We think the self-defence of the space is made by the people, the battles and the ability we have to say what happens here. The power we have is made by the people; and only the people of the community, who defend the space, shall keep it.”

While the bands play on, the future of the centro sociali hang in the balance. In light of the insurmountable rent bill, Stefano is concerned about the future of Corto Circuito. “If a place like this goes, the greatest loss to the community will be the loss of opportunity. But until the last day we will fight against the money and against the power, and this is why CSOA Corto Circuito is here.”