How Exploring Different Cultures and Travelling Abroad Can Boost Creativity 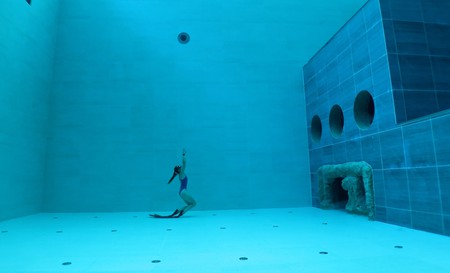 Wild experiences, travelling the world and exploring different cultures abroad have been cited as factors that can significantly boost creativity, according to new research by a leading psychologist. 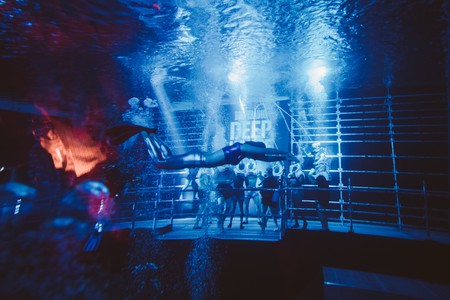 People are more creative when they are in a good mood, have had an “extreme” experience or have travelled or lived in a different country. So says experimental psychologist Dr Daniel Richardson before explaining that although the theory is well-known it has rarely been tested. So when the opportunity to attend a rave at the deepest pool in the world presented itself, Dr Richardson seized the moment.

“The idea has been shown in a laboratory in a rather boring way by giving people candy or showing them a sitcom,” he says. “The [good] mood increases a little and you see a slight upturn in creativity. When this event (billed as the deepest pool party in the world) came along, something we can’t do in a lab, I thought this was a great way to measure creativity.”

The event in question, created by drinks brand Desperados, is certainly an extreme scenario. A group of 100 people were sent down to a “rave” in the Deep Joy pool. At 40 metres, the bottom of the pool in the grounds of a hotel near Venice is the deepest pool in the world. When its not being used as a party venue, the Deep Joy is used to train freedivers and other underwater explorers. Partygoers wore sea TREK helmets as they danced in the pool itself, and the subsequent results showed a 27% increase in mood and a 30% increase in creativity.
You might also like: Here’s What the World’s First Hot-Air-Balloon Light Orchestra Actually Looked Like 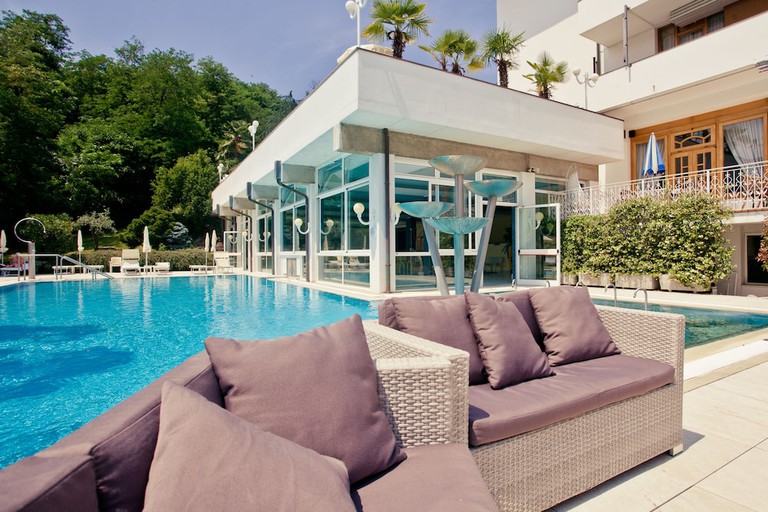 Courtesy of Hotel Millepini Thermal Spa / Expedia
View Rooms
Just outside Padua in northeast Italy lie the Euganean Hills. This volcanic region has a high concentration of natural hot springs; many of which now exclusively feed individual spas and resorts. The Hotel Millepini Thermal Spa is one of the most popular and offers a particular range of fangotherapy treatments. Fango, or mud, from the nearby Lake Costa is mixed with thermal water and kept at 38°C for 60 days. The resulting bacteria have anti-inflammatory properties that can help treat a number of ailments and illnesses – as well as making a scientifically soothing spa treatment.
More info

The “ravers” themselves only went down to a depth of five metres, but even this required specialist equipment and a gradual descent to allow for acclimatisation to the increased pressure.

“Participants were then given a word problem to solve, to look at convergent thinking as well as divergent thinking analysis that came from looking at different uses for everyday objects. This is a measurement of original thinking, but previous experiments haven’t been able to get that extreme.”

Richardson continues: “There are additional levels of dopamine in the brain, which leads to seeing the world in a different way,” he says. “When creativity fails it’s usually because you are stuck in a local problem.” 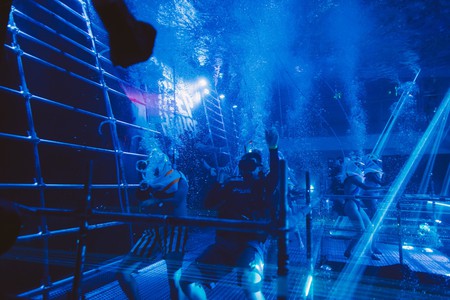 This way of thinking, enhanced by significant time away from familiar surroundings, suggests that exploration and travel are key components of boosting creativity.

“We believe that is one reason why you get more creativity from people who have lived abroad. If I remind you, for example, of that year you lived in Paris, you will be more creative,” Richardson says. “If you look at the the most innovative cultures right now, you have California, London and Israel, where the majority of successful start-up ideas are coming from. These are places with immigrant populations. Immigration means innovations… that’s very bad for Brexit and very bad for Trump.” 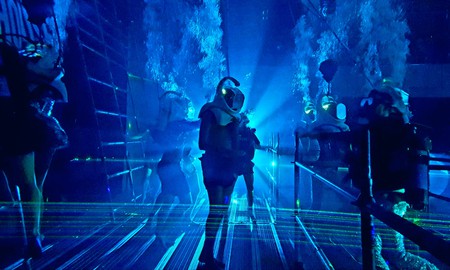 Travelling abroad on shorter trips can also help change the way you think according to research, however there are a few caveats.

“Travel, in terms vacations and holidays, can also add to this. Of course the results are a lot stronger if you actually live in another country. If you just stay in a hotel, it doesn’t add much, but if you actually experience those cultures, you learn a different way of doing things. It comes down to the way you travel, so staying in an Airbnb is part of that. It caters to the way you do something.” Richardson explains.

There is further evidence of the positive effects of living abroad if we look back at well-known artists, writers and poets too.

“Other famous creative people such as Picasso, Beckett, Yeats, they all lived elsewhere. There is a really strong link here. You see yourself differently when you are in completely different situations. We tend to be stable when we stick to a routine, but the variation of being in ‘crazy’ worlds changes behaviour. ”