Homes in Ollolai, Italy Are Being Sold for Less Than a Cup of Coffee 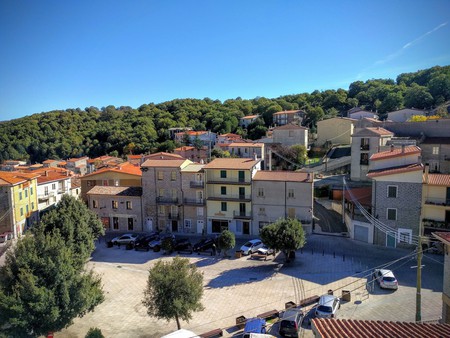 Those dreams of packing in the desk job and running away to an idyllic Italian village could become reality as Ollolai – a hillside community on the sunny island of Sardinia – is selling hundreds of homes for just €1. The rock-bottom price is being offered in a bid to boost the shrinking population of the ancient town, which has plummeted from 2,250 to 1,300 in the last 50 years. So, what’s the catch?

Well, the 200 stone houses are in poor condition and buyers will have to pay to renovate them at an estimated cost of €25,000. What’s more, the houses must be repaired within three years – though can be sold again after five years.

In historic towns across Italy, many young people have left to seek new opportunities elsewhere and in Ollolai middle-aged people now make up the majority of the population. Many of Ollolai’s historic stone houses have been unoccupied for decades and have fallen into ruin. Add in the factor that almost 28% of the town is over 65 and it’s easy to see why mayor Efiso Arbau is worried.

‘We boast prehistoric origins,’ Arbau told CNN. ‘My crusade is to rescue our unique traditions from falling into oblivion. Pride in our past is our strength. We’ve always been tough people and won’t allow our town to die.’

‘They’re picturesque old buildings made with Sardinia’s typical gray granite rock,’ he said. ‘We need to bring our grandmas’ homes back from the grave.’ 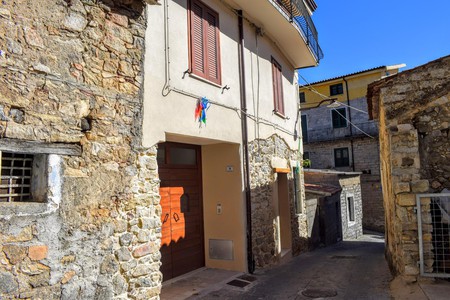 The historic centre of Ollolai | © Courtesy of Comune di Ollolai

Formerly the capital of the mountainous Barbargia region in which it’s located, Ollolai is overshadowed by the allures of larger towns and cities in Sardinia, not to mention the dazzling white beaches for which the island is famous – found further afield from centrally-located Ollolai.

Although the once busy piazzas of Olloali are now largely silent, some traditional ways of life still survive in the village. It is said to be one of the few remaining Sardinian towns where S’Istrumpa, a local martial art similar to wrestling, is still practiced. Local shepherds produce Fiore Sardo, a raw hard cheese made from sheep’s milk, and artisans make traditional woven baskets.

The scheme was initially launched in Ollolai in 2015 but recent media attention in the US and UK has led to mayor Arbau declaring a deadline for applications. Those wanting to snap up one of the homes must apply by 7 February 2018.

It’s not the first time endangered Italian towns and villages have tried to entice new residents – in October 2017 Candela, in Puglia, announced it would pay up to €2,000 to people willing to relocate there.