History of The Bridge of Sighs in 60 Seconds

Built in 1600 by Antonio Contino, this structure is a perfect symbol of Venice as a site of rich history and imaginative fantasies.

The bridge is built in Istrian stone and completely covered over with intricately latticed windows. It connects the Doge’s Palace to the dark, windowless prisons across the canal. Yet it was actually Lord Byron who gave the bridge its name. He imagined that as the condemned crossed over, they’d get their last glimpse of the beauty of Venice in the narrow openings of these windows and sigh. He wrote, 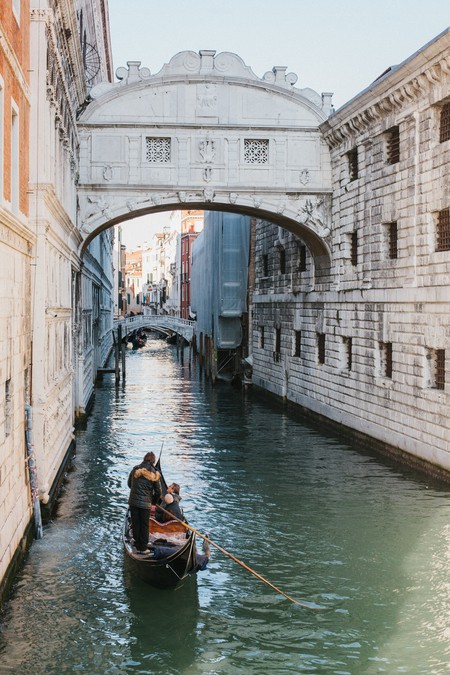 The bridge, for Byron, represented a crux between opposites. It was a point of crossing from the house of the all-powerful to the holding cells of the totally powerless, from beauty to horror, from life to death.

The best view of the bridge is from either the Ponte della Paglia or the Ponte della Canonica. Those hoping to visit the bridge should book a Secret Itineraries tour of the Doge’s Palace, which will lead you through the bridge into the prisons themselves. Interestingly enough, noted art thief Vincenzo Pipino took this tour in 1991 so that he could hide himself in one of the prison cells. By night, he crossed back over the Bridge of Sighs into the palace to steal a 16th-century painting of the Madonna and Child. 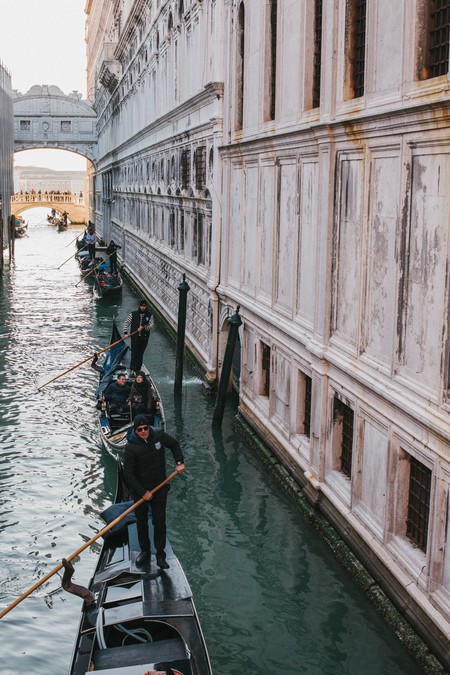 Modern-day legend goes that if lovers kiss as they pass under the bridge in a boat at sunset, they’ll be granted eternal love. You’ll see this myth in action in the 1979 rom-com A Little Romance, starring a young Diane Lane. It might be the kind of magical memory that changes the fate of a couple, or just a clever marketing scheme propagated by savvy Venetians who know that their brand is honeymoon romance. We’ll leave the final judgement up to the results of your experimentation.