History of Rialto Bridge in 60 Seconds

The oldest bridge across Venice’s Grand Canal, the Rialto, existed as a wooden pontoon structure from as early as the 12th century. Due to increasing boat traffic, it was replaced by a drawbridge less than a century later. It’s located in the historic heart of the city, linking the Rialto marketplace, where produce and fish are sold, with the old administrative center at St. Mark’s Square.

The wooden version was destroyed – rather dramatically – several times, including being burned during a coup d’etat and collapsing during a boat parade. So in 1551, the city government opened a competition for rebuilding the bridge using durable stone. Many architects participated, including Michelangelo and Palladio. The winner, however, was Antonio Da Ponte, and in typical Venetian style, the winning design was quite similar to what was there previously. 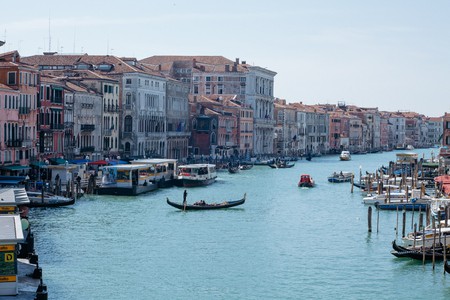 Like the wooden version, this bridge has two ramps leading up to an elevated center section. Though many doubted that the heavy marble structure could support its weight across a span of so many meters, the design proved quite resilient—indeed, so much so that it’s still standing today after over 500 years. Built on as many as 12,000 wooden pilings driven into the marshy floor of the lagoon, this structure is a testament to the engineering know-how of Venetians. 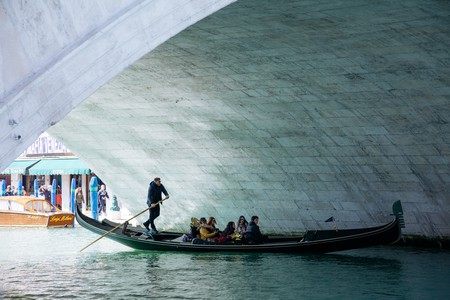 With three walkways and a covered portico that runs across the center, the bridge was once home to the traders and merchants who set up shop here. Nowadays, it still houses many little stores and kiosks selling Murano glass, fancy jewelry and other such souvenirs. But the changing times have brought changes to this timeless structure, as well. With mass tourism peaking in recent years, Rialto is now primarily the domain of the visitors and tourists who flock to the lovely bridge for picturesque photographs with the Grand Canal. 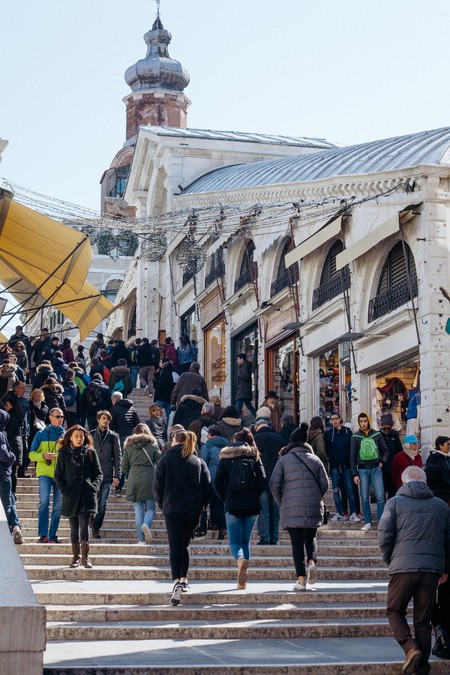