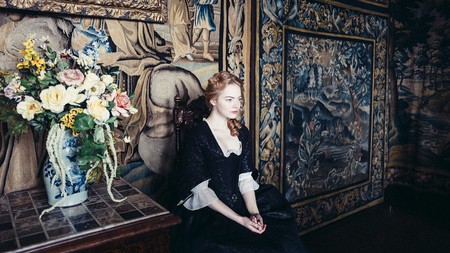 The upcoming Venice Film Festival has announced an exciting line-up of movies, and we’ve picked out some of the highlights that will be screened at the oldest film festival in the world.

Even though it is the grandaddy of festivals, Venice has always proved to be one that is keen to evolve with the times. There is a full programme of original films from streaming giants Netflix and Amazon, a move that has caused some concern as the films will debut online on the day they premiere at the festival and in the process bypass local cinemas.

There is certainly a big Hollywood presence this year too. Last year Venice premiered Oscar winners Three Billboards Outside Ebbing, Missouri and The Shape of Water and a number of titles jostling for Academy recognition will be present this year too.

Damien Chazelle’s follow-up to La La Land (2016) will open proceedings. First Man stars Ryan Gosling and tells the story of how the eponymous “first man” (Neil Armstrong) landed on the moon. Another heavyweight contender will be A Star is Born,which marks the directorial debut of Bradley Cooper. Expect to see the film’s lead, Lady Gaga, turning up at the festival to promote the film.

Cooper’s film will screen out of competition, but there are some strong contenders for the prestigious Golden Lion prize.

Yorgos Lanthimos spoke to Culture Trip last year and told us how he would never be tempted to make a blockbuster. His latest film looks like a period drama on the surface, but when the director of The Lobster (2015) and Dogtooth (2009) is involved, it’s never quite that simple. Stars Olivia Colman, Emma Stone and Rachel Weisz lead the way in dark comedy The Favourite.

Director Olivier Assayas debuts Doubles Vies with stars Guillaume Canet and Juliette Binoche leading a strong year for the French contingent in Italy. French/American co-production At Eternity’s Gate borrows its title from a famous Vincent van Gogh painting and is director Julian Schnabel’s interpretation of the turbulent life of the Dutch artist. The cast is led by Willem Defoe and supported by Oscar Isaac and Mads Mikkelsen.

Back to Netflix who will have four out of their five festival films in competition this year. Paul Greengrass is set to deliver 22 July, a chilling look at the right-wing terror attack in Oslo that claimed the lives of 77 people in 2011.

Alfonso Cuarón is set to bring his most personal film to date to the festival. Roma is set in the 1970s and is inspired by the women from the Gravity (2013) director’s childhood growing up in Mexico.

Originally conceived as a multi-episode TV event, Joel and Ethan Coen have instead turned The Ballad of Buster Scruggs​ into a six-part anthology Western told as a single movie. Joining Tim Blake Nelson as the titular Scruggs will be James Franco and Liam Neeson. 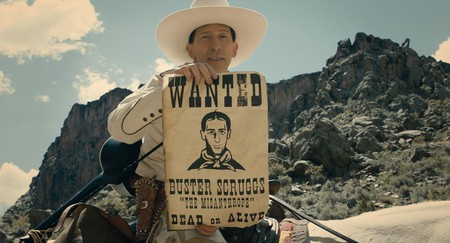 The Ballad of Buster Scruggs | © Netflix

Legendary director Orson Welles will feature at the festival in two Netflix productions. They’ll Love Me When I’m Dead is a documentary that depicts the final 15 years of the director’s life, a time when Welles fell out of favour in Hollywood and was desperately searching for a comeback hit. When he died in 1985, he had laboured over The Other Side of the Wind, a film about a director returning from a self-imposed exile coming back into the studio system to make his dramatic comeback film.

Last year more than a thousand reels of film were recovered from a vault in Paris and a team set about posthumously completing the work. The Other Side of the Wind will receive a world premiere at Venice and will be released on Netflix in November.

Other notable films in competition include The Sisters Brothers starring Jake Gyllenhaal and Joaquin Phoenix, Natalie Portman as a punk rocker in Vox Lux and Luca Guadagnino’s intense remake of 1977’s Suspiria.