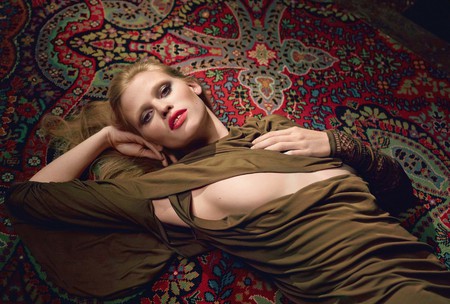 The photographer has quickly become a need-to-know name in the industry. Her candid, soft-light and naturalistic style offers a visceral, intimate lens, one which invites viewers to inhabit and commune with her world, and with her subjects. Indeed, Weir has led a new movement of photographers – alongside the likes of Petra Collins and Eleanor Hardwick – who wanted to break ideas around the female gaze and own the narrative.

A self-taught photographer, Central Saint Martins graduate Harley Weir broke onto the scene in 2013 by shooting campaigns for Gucci and Armani. 2014 saw Weir land covers and editorials in the likes of Wallpaper and Dazed and Confused, i-D and POP, which quickly led to advertising campaigns for Stella McCartney and Céline, alongside editorials in British and American Vogue. Today Weir is one the most sought-after and exciting new names in the industry, with a distinct and exciting aesthetic that departs fully from the airbrushed and unrealistic images of women which have pervaded fashion for so long.

Harley Weir’s first Vogue Italia cover features model Lara Stone in brilliant yellow, while the second shows Stone clutching a Céline blanket against a lime green background. Both channel a natural vibe, with minimal make-up or polished. Responses to the cover have been mixed, some criticising the publication for coveting an edgier aesthetic than usual: “The second cover looks undone and unnecessary. Wow. What happened?” wrote one critic on The Fashion Spot forum. The new issue marks the continued evolution of Vogue Italia, now helmed by Emmanuelle Farnetti, after the death of former Editor-in-Chief Franca Sozzani.

August is set to be an exciting time for the wider Vogue family, with the start of Edward Enninful at British Vogue, and following on from Chloe Sevigny’s first cover for Vogue Ukraine. Whether this series of events marks the beginning of a new and exciting chapter for Condé Nast remains to be seen, but the future is certainly beginning to look brighter.