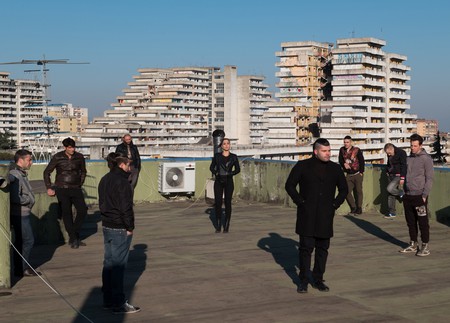 We speak to the directors of hit Italian series Gomorrah and find out more about where the third instalment of the smash hit will take us. 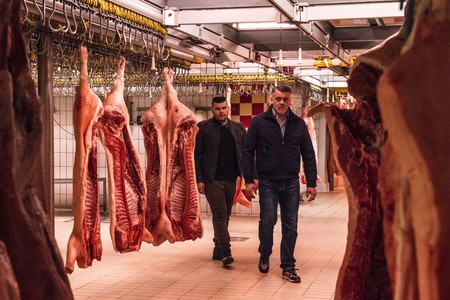 If the smooth financial transactions of McMafia showcase crime taking place courtesy of smouldering, silent assassins, unblinking betrayals and shady deals being made in sunny places, Italian drama Gomorrah offers the perfect antidote for viewers in the mood for something grittier. Returning at the end of the month, Neapolitan gangsters Genny Savastano and Ciro Di Marzio – sometimes friends, always rivals – will be getting their hands dirtier than ever.

Gomorrah shares a similar message to McMafia, however: that organised crime is everywhere, and if you don’t think it touches you, well, that’s just because you haven’t figured out how yet.

One of the show’s lead directors, Francesca Comencini, expands: ‘Gang crime may be conceived to be a central factor of Italian life, but I would also say, it’s of the world. Because this kind of “submerged” economy rules a lot of places, not just Italy, even if you don’t know about it. I would say everyone, and I mean everyone, has a connection with criminality, even if they don’t know what it is.

For the third season, we had to evolve.’

That evolution sees the series (based on Roberto Saviano’s 2006 real-life tell-all book about Neapolitan crime syndicate the Camorra) move far beyond the Naples of the first two seasons, to Bulgaria and other countries, and encompass, for the first time, human trafficking.

Could the story come to London in later seasons? ‘Of course,’ Comencini smiles.

Gomorrah has made huge stars of both Salvatore Esposito and Marco D’Amore, playing Genny and Ciro respectively, but Comencini rejects the idea that their striking portrayals of two troubled young men are lending glamour to their dubious profession.

‘In some respects these characters are just like us, but the show isn’t saying we should want to be like them.’ She raises a challenging eyebrow. ‘Anyone who thinks that, that’s their problem.’ 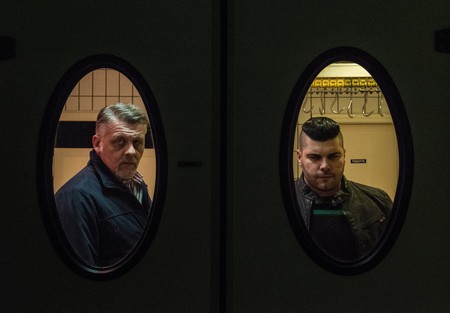 Her fellow director Claudio Cupellini adds: ‘We are not telling a story to reassure people that there’s something bad out there, but don’t worry, it’s out of the ordinary. We are saying: this is part of your world, it’s something close to all of us, and it’s horrible.

‘There isn’t any light in the story, because this kind of criminal system provides no escape, it’s a cold machine in which human beings are completely disposable.’

Has the show been unfair to Naples, painting too dark a picture of an already struggling city? On the contrary, it seems Naples hasn’t suffered at all – in fact, it’s quite the opposite.

‘When we went to Naples for the first series, we found so many places that were dark, rundown,’ says Comencini. ‘Now, there are more than 20 film sets shooting in Naples, and tourism is up. We’re not the main factor in that, but definitely a little part.

‘Telling the truth is a good thing. I’m from Rome, and if there were shows exploring the mafia, the corruption and crime going on in Rome, I’d be happy because this is the beginning of the solution.’

So it’s political? She smiles. ‘We’re being political without once mentioning politics. The best way of sending a message is to tell good stories.’ 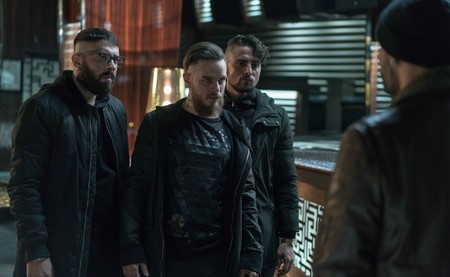 If neither Comencini nor Cupellini make any bones about the eye-opening reality of their subject matter, they remain proud of the quality of their product, which has seen it become not only one of Italy’s biggest ever shows (the third season was given the full Sherlock treatment of a big-screen premiere), but a hit worldwide – selling to more than 190 territories across the globe.

‘We had a lot of mafia films and stories in Italy,’ reflects Cupellini. ‘The difference with Gomorrah is the level of quality of product, and our dedication to truth.’ Truth gained, it seems, by painless research into real-life stories and many hours of note-taking in Italy’s courtrooms and police stations.

The filmic, almost balletic, choreography of some of Gomorrah’s sequences – the beauty belying the ugliness of the tale – is no accident. For both these directors, this is their first foray into TV, after celebrated careers in Italian film. 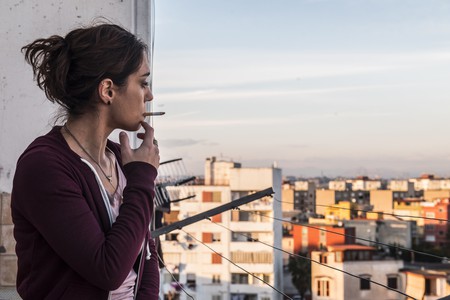 ‘We did it because the project was amazing, and because the creators were inspired to recruit us,’ remembers Comencini. ‘But we’re proud of how it’s changed the way of making an Italian TV series. Here, we had only romantic comedies before, so I hope we’ve opened a door for writers and producers to create something challenging. Now, when they’re thinking of how to approach a new kind of series, they have to consider how Gomorrah was made. There’s a new bar.’

All episodes of Gomorrah Season 3 will be available on Sky Atlantic from 31 January 2018.