Football Away Days: What To Do In Milan 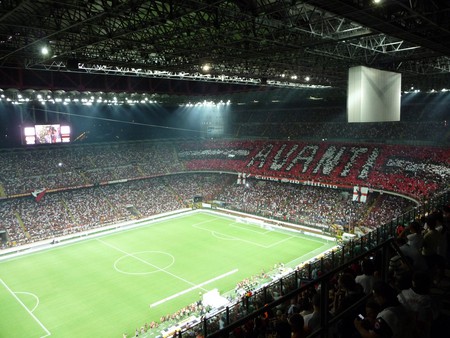 Having been home to Marco van Basten, Franco Baresi and Paolo Maldini, the San Siro can stake a claim for the best stadium in Europe, and you’re heading to Milan, so you need to know where to go beforehand. Luckily, you came to the right place.

Located roughly 5 kilometres from the city centre, you can easily head to the stadium by the new M5 metro line (purple on the map).

If you have the time and/or energy then walk up the spiralled turrets that encase the stadium, as the intermittent glimpses into the pitch ensure an exceptional way to build the excitement and atmosphere.

Pizzeria Cinder Mount – This tiny establishment along the Viale Monte Ceneri provides gourmet Neapolitan pizza at a price almost unheard of in Milan (dinner for two including two pizzas, two beers, coffee and dessert for 27€). Particularly appealing is their great range of beautifully presented calzones, piled high with thick-sliced ham and prosciutto. Well-reviewed for their fast, friendly service, Cinder Mount is one of Milan’s best kept pizza secrets.

Bar Cuore – This place attracts an alternative, artsy crowd, many of whom are students in the city. The friendly bartenders serve up some mean drinks and the vibe is typically laid back; Cuore makes its customers feel right at home. Things can get a bit more upbeat during the occasional concerts, when live bands or DJs pump their tunes all night long. The drinks are fairly cheap and there is even a foosball table to keep you occupied, but watch out because the standard of the locals is pretty high!

Leonardo’s Vineyard – Located in the heart of Milan, Leonardo’s Vineyard is a newly opened museum which hosts, well, Leonardo’s vines! Situated across the street from Santa Maria delle Grazie – the church where the artist’s famous Last Supper is housed – La Vigna di Leonardo is a hidden gem which is a perfect refuge for all those tourists who want to chill out in the sun while enjoying another secret of Lombardy’s capital city. Remember though, you need a booking.

Go for ice cream at Il Massimo del gelato, situated in the upscale neighborhood of Via Lodovico Castelvetro. This authentic gelateria prefers a smaller, more traditional offering of well-refined flavors. Refining the classics is what they do best — they are most famous for offering 10 different flavors of chocolate alone. Frequently endorsed as one of the best gelaterias in Milan, seating can be scarce in this small, popular establishment but you can always get your gelato on the go. 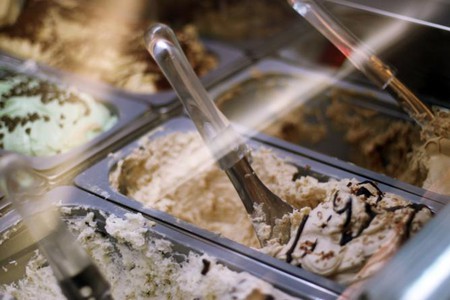