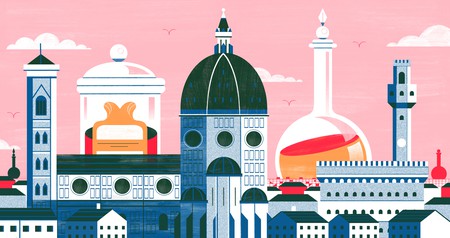 Redolent with Renaissance luxury, Florence’s historic pharmacies link the city’s past and present. From benedictions from monks to bookshops that heal the soul, here’s how this tradition has evolved over the centuries to keep Florence beautiful.

Beneath the domed ceiling, there’s a sense of hushed reverence. Visitors wander the marble rooms, admiring colourful frescoes and imposing statues, gathering around plinths and glass display cases. But this is no museum or place of worship – at least, not in the traditional sense. It’s the Officina Profumo Farmaceutica di Santa Maria Novella, the world’s oldest pharmacy and one of the most magnificent and enduring examples of Florence’s apothecary tradition.

“The first pharmacies date back to the mendicant orders. We are talking about the beginning of the 13th century,” Belinda Bitossi, an art historian and tour guide based in Florence, tells Culture Trip. The mendicant orders were Christian religious orders that preached and adopted a life of poverty and travelling. Their members were wayfarers who would live in urban areas to provide religious, economic and medical support to the poor. “This is why the first pharmacies are found so close to churches; think of Santa Maria Novella Pharmacy, located just a few steps away from the basilica that was built by Dominican friars,” says Bitossi.

Within this space, friars would prepare remedies for the poor and the pilgrims who passed by the church seeking some solace for their ailments. They adopted simple solutions and made use of what they could find, meaning they would pick up herbs and specific plants or spices cultivated in their own botanical gardens. One famous example is the Orto Botanico di Firenze (also known as Giardino dei Semplici or Garden of Simples), a botanical garden that was established by Cosimo I de’ Medici in 1545 and served as a great source of medicinal plants. 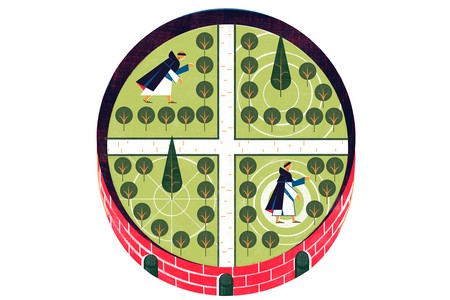 The industry was so profitable that it expanded to beauty products, thus shifting from pharmacies to spezierie (apothecaries). Florentine spezierie did not only serve the poorest areas of the city – they were hubs for remedies used by friars and doctors alike and were found throughout the area. “The pharmacists’ guild was so esteemed and pivotal to Florence’s political life that even Dante became part of it,” says Bitossi.

Unlike the first wave of pharmacies, apothecaries used plants and spices to make beauty products such as perfumes as well as medical remedies; they were designed to heal and elevate both body and soul. Scented waters originally believed to protect the wearer from the plague became perfumes; today, Santa Maria Novella still sells a barely altered version of Catherine de Medici’s fragrance, which she wore throughout her days at court as the French queen.

Nowadays, most of Florence’s traditional apothecaries have closed, but some can still be found in their original locations, sheltered from the passing of time. Aside from the Santa Maria Novella, those that can be visited in Florence today include the Farmacia All’Insegna del Moro near the Basilica di San Lorenzo and the Spezieria Alla Croce.

“The signs outside these apothecaries are particularly interesting,” says Bitossi. “Take the Speziera Alla Croce, for example. Its sign pictures a red cross on a white background, referring to the cross of the Florentine people. If you think about it, it is really similar to the current symbol we use for pharmacies.” 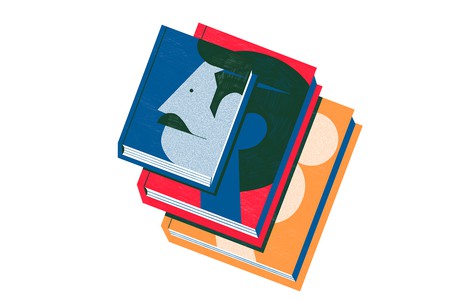 Reinterpreting the past: the Piccola Farmacia Letteraria bookshop

Florence’s past still has a great influence on its present. The Piccola Farmacia Letteraria (the Small Literary Pharmacy), founded by Elena Molini, puts a twist on the traditional apothecaries of the city – the medicine sold here comes in a tome, not a tablet. “After years of working in a bookshop chain, I noticed that customers were frequently looking for advice based on their moods and feelings,” says Molini. “Unfortunately, those requests were so different from what I was asked to do as a bookseller. That’s why I thought of a bookshop that would treat books as medicine, prescribing them based on the customer’s needs, and organising them accordingly.”

Reaching out to some psychologist friends for assistance, the Piccola Farmacia Letteraria was born. “I firmly believe that a book can make your day or even change your life,” says Molini. “We as humans tend to keep the same attitudes, reiterate the same behaviours, but books change us. You read about incredible, and mundane, lives and think: ‘What if I did the same? What if I broke my behavioural patterns?’ That’s why it is so important to have the chance of finding the right book at the right time.”

Since opening, Molini has guided countless customers into discovering the right book at the right time; she recalls one woman who changed her studies as a result of the book Molini prescribed. And although the storied past of Florence’s pharmacies wasn’t at the forefront of her mind when founding the bookshop, today she draws inspiration from this very particular piece of Florentine history. “Although the original idea was more related to the rejection of bookshops as dry sale shops, I now realise that I’ve also been influenced by our tradition with pharmacies,” she says. “Even just from the layout, we’re trying to recreate that atmosphere – giving a vintage vibe, choosing dark furnishings. We want to offer a space where people go to meet other humans, just like in the old days.”

“I believe my bookshop comes from the idea of healing,” says Molini. “Not the body but the soul; that’s what books are for.” The world has come a long way since the days of the monks tending to the sickest and the poorest of Florence, but the city’s pharmacies have endured; people will always search for healing and beauty, whether it’s in the form of a botanical balm or a book.