Widely considered to be one of the world’s first war photographers, Felice Beato’s depictions of conflict-torn regions of Asia paved the way for later photographers such as the legendary Robert Capa. Beato – whose graphic photographs were the first to show real corpses – documented some of history’s most significant conflicts and changed the nature of war photography completely. We explore Beato’s life and ground-breaking career. 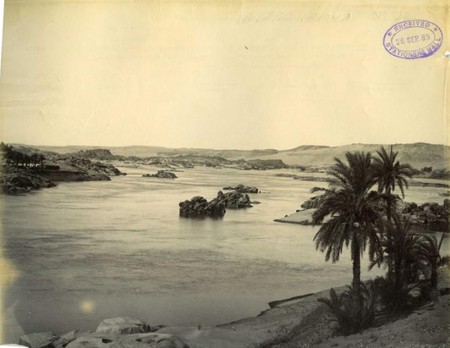 British national Felice Beato was born in Italy in 1832. Although little is known about his personal life, his association with photography began in the 1850s, when he formed a close relationship with his brother-in-law and noted photographer James Robertson. At the time, Robertson was the chief engraver of the Ottoman Imperial Mint, and had opened one of the first commercial photography studios in Constantinople (present-day Istanbul). Together, Beato and Robertson explored the magnificent Islamic architecture of the area whilst experimenting with new photographic techniques. Beato famously captured Sultan Ahmed’s Blue Mosque and Robertson shot the first 360 degree panoramic photo of Constantinople.

Beato and Robertson were in Constantinople when the Crimean War began in 1853. Towards the end of the three-year conflict, the pair travelled to the Crimean Peninsula in order to document the fighting. Although Beato arrived as Robertson’s assistant, the hectic and unpredictable conditions of war quickly thrust him into a more active role. Many historians believe that whilst most of the Crimean photographs are signed by Robertson, Beato captured a large proportion of them himself. Either way, under Robertson’s tutelage, Beato began to develop his own photographic skills and learned how to work under extreme wartime conditions. 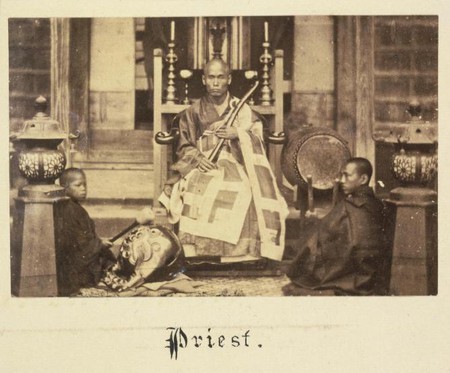 By 1957, inspired by Western fascination with religious sites in the Holy Land, Beato and Robertson travelled to Jerusalem to document its architecture and landscape. This was a commercial venture, and while amateur photographers had already traversed the area, Beato and Robertson were amongst the first professionals to arrive. Indeed, many of the photos taken in Jerusalem were later sold under the joint signature ‘Robertson & Beato.’ Around the same time, works taken by the pair in Greece, Malta, and Egypt were highlighted by the Architectural Photographic Society and the Photographic Society of London. As Beato’s reputation developed, he became a partner at Robertson’s studio and began working independently on his own projects.

Around the time of Beato’s trip to Jerusalem, India’s First War of Independence – also known as the Indian Mutiny – was intensifying. The rebellion received wide-spread coverage in European media, and Beato was hired by the War Office in London to document the effects of the fighting. Consequently, he travelled to India in 1858, where he photographed some of the most renowned sites of the conflict.

Notably, Beato’s ‘Interior of Secundra Bagh after the Massacre’ is one of the first known photographs to show real corpses. Shocking at the time, it depicts human bones strewn in the courtyard of the ruined Secundra Bagh palace after 2,000 Indian rebels were killed in the Sepoy Rebellion. Some claim that British soldiers had buried all the bodies and that Beato uncovered them in order to strengthen the dramatic effect of the photograph. Most scholars however, believe that the bones were still exposed when Beato arrived at the site, and that he simply rearranged them in order to fit his vision. Either way, the image’s graphic nature completely changed the way journalists approach the documentation of violent conflicts.

In total, Beato spent almost two years in India, returning with photographs that not only depicted the war, but also the architecture and landscapes of areas less affected by the fighting. Soon after his return however, Beato left home for yet another assignment. This time, he was with French and British soldiers in China during the Second Opium War. Due to the fact that he travelled alongside the soldiers during their campaign, Beato witnessed the actual events which he later restaged in his photographs.

In addition, he was able to capture battle scenes almost immediately after they occurred, rather than months later as he often did in India. Whilst in China, Beato also took historic photos of the country’s architecture. Notably, he produced the first panorama of Peking (present-day Beijing), as well as the only known photo of the Old Summer Palace before the British destroyed it in 1860. During his eight months in China, Beato transported the fragile equipment he needed for the albumen process, a technique favoured at the time for the sharpness of its images. Interestingly, Beato first encountered this technique whilst working with Robertson in Constantinople.

After almost a decade of work, Beato had documented some of Asia’s most violent conflicts and was steadily gaining recognition as an established photographer. When he left for Japan in 1863 however, he entered the most productive period of his career. Beato was in Japan during the Bakumatsu era and witnessed the country’s transition from a feudal society to a modern government. As such, he was able to photograph not only the actual conflict, but also traditional Japanese culture before the onset of modernity. Capitalising on Western audiences’ interest in the East, Beato opened a commercial studio in the port city of Yokohama. In 1866 however, a large fire destroyed the majority of his material. After the fire, Beato worked quickly to restock his supplies and eventually published a collection entitled Photographic Views of Japan with Historical and Descriptive Notes. 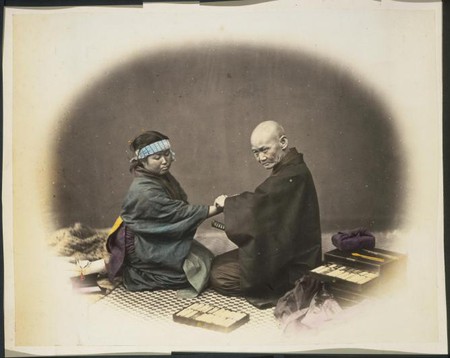 Whilst in Japan, Beato also developed his technique. Like many other photographers at the time, he began using the wet-collodion method, a process which was relatively inexpensive and required only seconds for exposure. In addition, Beato created the first hand-coloured photographs of Japan. To do this, he worked with artist and journalist Charles Wirgman, who eventually became his business partner. Later, Beato employed Japanese watercolour artists to tint his photos. During his time in Japan, Beato also produced portraits of Japanese people dressed in customary clothing and photographed traditional Japanese street scenes. In total, Beato remained in Japan for 21 years.

While he also spent short amounts of time in Korea and Sudan, the last country he visited before returning to Italy was Burma. Arriving in 1887 and leaving in 1905, Beato opened a curiosity shop in Mandalay, where he sold photographs, furniture, and other artworks. Eventually, Beato returned to Italy, where he died in 1909. 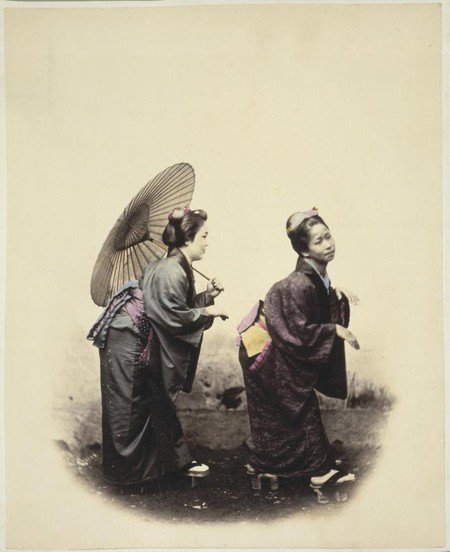 Two women with a parasol, in traditional costume and footwear, Japan, taken between 1867 and 1869. The original caption reads “The original Grecian Bend”. | © National Library NZ/ Flickr

Felice Beato’s extraordinary career paved the way for some of history’s most noted war photographers. Robert Capa – the Hungarian photojournalist once crowned ‘The Greatest War Photographer in the World’ – was undoubtedly influenced by Beato’s pioneering work on the battlefield. Capa, who was killed after stepping on a landmine whilst documenting the First Indochina War, claimed that ‘if your photographs aren’t good enough, you’re not close enough.’

Clearly, Beato lived by this motto, capturing some of the world’s most influential photographs of Asia and changing the nature of photojournalism with his dedication and courageous reporting.