Singer and songwriter Fabrizio De André was an Italian icon, whose music was famous throughout the country. Cristina Zanco looks at the way in which his lyrics can be compared to the work of the great Italian poets and examines his relation to the city of Genoa, in which he was born. 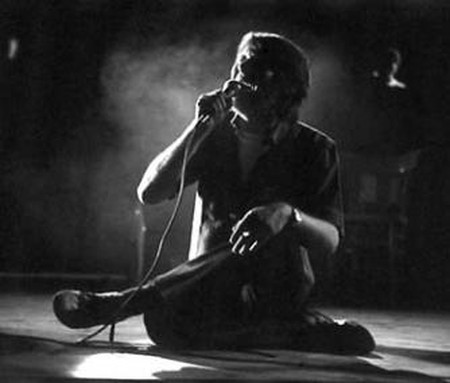 The lyrics by Fabrizio De André have been inserted in books of 20th Italian literature, side by side with the greatest such as Pascoli and Gozzano, Ungaretti and Montale. They are woven and bounded to the very heart of Genoa’s historical city center, with its narrow streets, carruggi as they call them in the local dialect, its little and almost hidden squares, its history, its atmosphere, its smells and its colors. Fabrizio De Andrè’s songs would have not been the same if he had been born and raised in any other place.

What is surely important than the definition of poetry and chansonnier is to find out the points the two forms have in common. The most important technical features in a poem are its musicality, which comes from rhythm, pauses, enjambments, rhymes, assonance, alliteration, onomatopoeic words etc. There is a strict bond between poetry and music since in the past poets (from the Greek bards to the Provence troubadours) used to read their poems with the playing of the zither, the lyre or the lute. As the historical chronicles widely show, the intrinsic musicality of the poetry gets pointed out by the names used for some poems – sonnet, chanson, ballade; and by the poems by Petrarca and Saba, Il Canzoniere, and Leopardi, I Canti. 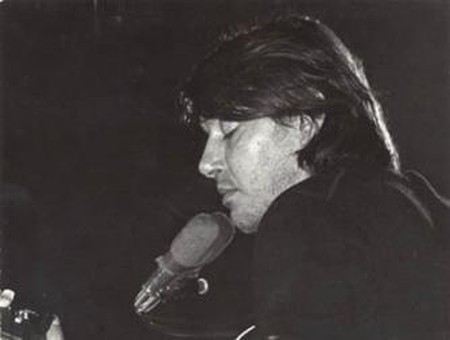 The affinity between poetry and music can be also traced in the chansonnier that is in De André’s work, where many of the techniques and structures which belong to poetry are used, such as lines, rhymes, assonance, alliteration, metaphor and simile. All these characteristics are evident just in one of the Italian song-writers (maybe with the exception of Francesco Guccini), and this is the case of Fabrizio De André. De André composed his lyrics thinking of music, and the mere reading of his lyrics in a book does not diminish the value, beauty and musicality.

The works by De André have been, so far, explored and analyzed in two different directions: one has aimed to analyze the main themes throughout the years; the other one has approached his works by analyzing each of his albums. The first approach is much more comprehensive, even though it means going back and forward sometimes to the same records once are-occurring theme is discovered. With the second approach his stylistic evolution becomes more and more evident, but at the same time eludes diachronic comparisons and therefore offers a more static vision. Relating to the first approach we can undoubtedly state that De André as a man and as a song-writer is deeply connected to Genoa and the historical city center with its carruggi, or narrow streets.

It is interesting to just walk around, to stand by the impressive palazzos half hidden in dirty and narrow streets, to sit in a church for a couple of minutes, even to get lost: La Chiesa di San Matteo, Piazza delle Vigne, Via Macelli di Sozziglia and the botteghe (little artisan shops), Sottoripa and the focaccia places, fish and spice shops, Via del Campo, Vico Indoratori for a quick break at Ombre Rosse, Palazzo Spinola and Chiesa di San Pietro in Banchi with flower stands on the square, Caffè degli Specchi for a lovely hot chocolate, Palazzo Cicala for a last-minute intention of spending the night in Genoa.

Throughout the Centro Storico you can see and feel Genoa’s true soul; these streets are a favorite location for art and this area is filled with imagination and mystery. Artists walk along these streets or simply think about them, almost trying to steal at least a bit of this soul, but in order to do that you would need to be able to steal colors and flavors, smells and noises.

That is probably why the easiest approach is simply to follow your own instinct and curiosity and, listening to De André’s songs, to see men and women you occasionally meet and let them tell you their own stories.
Watch Fabrizo De Andre Live: