Exploring the Art and Architecture of Ancient Pompeii

Pompeii, situated in southern Italy, is well known for the vicious eruption of Mount Vesuvius on the 29th August 70 A.D. The eruption led to the entirety of the city being buried beneath a 6 metre thick layer of volcanic ash that solidified and preserved everything that lay beneath for 17 long centuries. Today, archaeologists, architects and even artists are being inspired by ancient Rome anew. 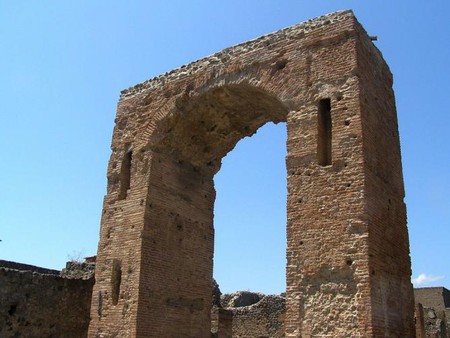 Since being discovered by excavators in 1748, Pompeii has captured popular imagination. Today it is one of the most popular and intriguing excavation sites in the world; tourists from across the globe travel to this site to witness the ancient ruins of a Roman city that once flourished and bustled with life.However Pompeii attracts intrigued visitors for something even more unusual than its 2000 year old history, caught forever in ash.

The remains of ancient Pompeii have given us an exceptional understanding of the life of ancient Romans. There are many cultural aspects of Roman lives that we have adapted for our own modern way of living, and the discovery of Pompeii has deepened our understanding of our connection to the art and culture of the Bay of Naples. 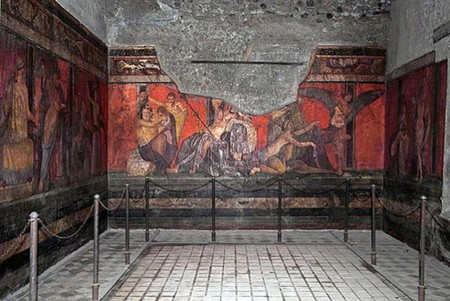 There is much evidence of the grand scale of art and magnificent architecture that once existed in the city as some of its ruins still remain today, such as the Arch of Caligula, as well as buildings of great political social and commercial significance, including as the Forum that once stood central in this city.

Pompeii and many other Roman cities also owned a different genre of grand buildings. The primary purposes of such buildings were to provide entertainment for the Romans who belonged to a society that craved excitement and thrived from thrilling entertainment experiences. Buildings known as amphitheatres were built exactly for the purpose of entertaining a grand Roman audience.

Today, modern architects favour the Ancient Roman design of the amphitheatre; a circular shape with tiered seating situated around a central performance area, the original amphitheatre design is used today with only slight adjustments. However, the performance that take place in modern amphitheatres are somewhat different from Roman favourites such as gladiator fighting, animal slaying and public executions.

As Pompeii was uncovered by excavators it became clear that this city was once steeped with rich art and culture. Most noteworthy are the magnificent villas and houses that attract many of Pompeii’s tourists. These buildings are unique in the way that they are so well preserved that even artwork can still be seen clearly on many of the walls of such buildings. These findings accurately reflect the lifestyle of many Romans that would choose to vacate to this area of Naples during the spring and summer months in the hope of escaping from the pressures of everyday working life. Even famous emperors such as Augustus, Caesar and Nero all took a liking to this area of Italy.

The most famous of all the houses in Pompeii is the Villa of Mysteries (Villa dei Misteri). One particular room situated within the villa exhibits many paintings of great beauty and oddness. Though nobody is exactly certain as to what these strange paintings represent, interpretations have led to the belief that these paintings depict a religious rite. As well as the theme of religion, another theme that was commonly found during the excavations around the bay of Naples is the eroticism in art. Even household items that were uncovered during excavations belonged to this nature. 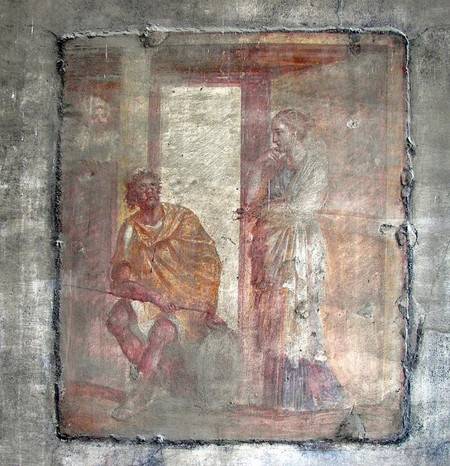 Romans favoured outdoor living, and for this reason much of the artwork that was uncovered in Pompeii actually has been found on outside walls of buildings. A popular style of painting that existed during this time was the fresco, large paintings that often covered entire walls to give the illusion of an extensive garden area. We know these frescos today as murals, and the idea of covering an entire wall with an image still remains popular in modern society.

Frescos proved to be a popular genre of Pompeiian art and were also used on the interior walls of houses to reduce the claustrophobic interior that was often triggered by the absence of windows. Architects, artists and potters have taken much inspiration from the art of Pompeii: the neoclassicism style itself is said to be mostly inspired by the excavations and rediscovery of Pompeii and Herculaneum, the aesthetic values of neoclassical paintings are almost indistinguishable from the frescos found in Pompeii and Herculaneum. This interest in classical art continued from the 18th century right through to early 19th century due to the rediscovery of the beautiful art and architecture in Pompeii.

Pompeii may be best known for its destruction rather than its creativity but, perhaps surprisingly, the art and culture of the Roman city continues to influence us today. Whether in the form of neoclassicism, eroticism or grandiose architecture, Pompeii remains a tangible force in modern life, even from a distance of 2000 years.