Everything You Need to Know About Italy's Tiramisu Rivalry 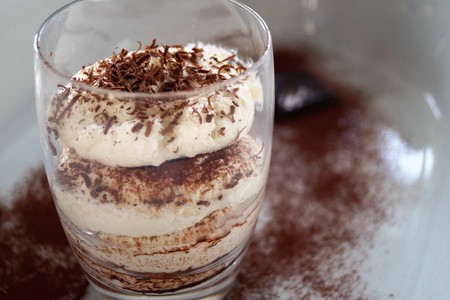 Rich, creamy and with a caffeine kick, tiramisu is perhaps Italy’s most famous dessert. What many people don’t know, however, is that the origins of this layered pudding are hotly contested, with Veneto and Friuili-Venezia Giulia claiming it as their own. The dispute was recently reignited when a factory-worker from Feltre in Veneto was named the winner of the first ever Tiramisu World Cup.

Although some claim that tiramisu, which means ‘pick me up’, dates as far back as the 17th century, it’s actually a more modern creation. One of the most popular stories states that tiramisu was invented in 1969 in a restaurant called Alle Beccherie in Treviso in the Veneto region of North-east Italy. Pastry chef Roberto Linguanotto is said to have come up with the egg yolk, mascarpone and coffee-dipped savoiardi (ladyfingers) creation while trying to devise new flavour combinations in line with the local traditions. This story was cemented in the Italian consciousness when gastronomist Giuseppe Maffioli named Linguanotto as the dessert’s creator in 1981. And, indeed it was Linganotto who presented the prize at the Tiramisu World Cup. 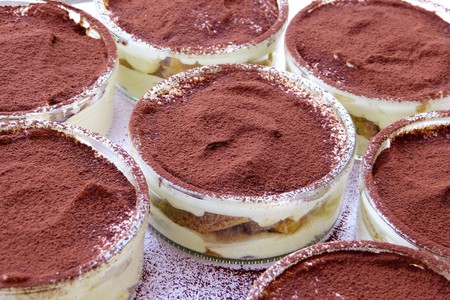 However, even this widely accepted telling of events has murky beginnings. Linguanotto states he ‘worked side by side’ with restaurant owner Alba Campeol. Interviews with Campeol, however, suggest that the idea for the dessert came after the birth of one of her children, when her mother-in-law brought her some sbatudin, a type of sugar that was commonly beaten together with egg yolk and believed to give extra nutrition to children, the elderly and anyone else needing a boost. Campeol’s sbatudin was spiked with coffee for extra energy, and she later took this idea to Alle Beccherie, where she and Linguanotto came up with tiramisu together.

To confuse things further, two other Treviso chefs, Carminantonio Iannaccone and Speranza Garatti, might also have claims to the tiramisu throne. So far, though, these contenders all hail from the Veneto region and point to the dessert having its origins in the region in the 1960s. However, neighbouring Friuli-Venezia Giulia has a very different version of events.

For a long time, Friuli’s claim to the creation of tiramisu rested on the Albergo Roma, a three-star hotel in Tolmezzo in the province of Udine. Norma Pielli, wife of the manager of the hotel’s restaurant, made a modified version of a dessert called Dolce Torino, swapping butter for mascarpone and alchermes, a spiced liqueur, for coffee. This version of tiramisu was featured on two dinner menus in 1963 and 1965. 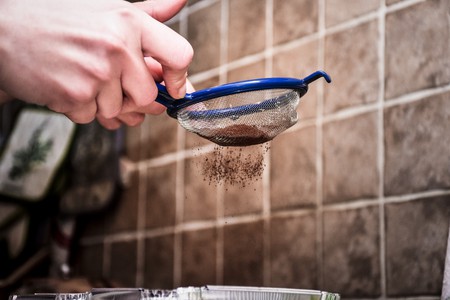 In 2016, food writers Clara and Gigi Padovani unearthed evidence that tiramisu was actually dreamt up in the 1950s at a restaurant in the region by Chef Mario Cosolo, a Friuli-native. Additionally, in August 2017, the dessert was officially added to a list of regional traditional dishes.

Veneto officials were outraged but soon tasted sweet revenge. Andrea Ciccolella from Feltre in Veneto, was the winner of the first Tirimisu World Cup, which took place just three months later. Ciccolella beat 700 other amateur competitors in the two-day event, held in Treviso, with his version of the dessert. Ciccolella says that his recipe is not an old family recipe but rather the result of hours spent on YouTube learning from famous chefs.

The rivalry rumbles on.