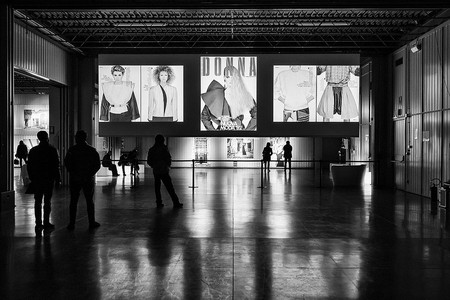 Milan is known across the world as a centre for fashion and contemporary art, and abounds in experimental and avant-garde art galleries. Visual and media arts blend with fashion and design in Milan, making it the perfect destination for contemporary culture in Italy. These are ten of the most influential and exciting galleries of Milan’s artistic landscape. 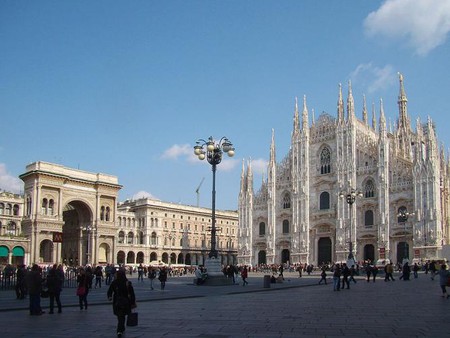 Giò Marconi gallery was established in 1990 after the initial success of of Studio Marconi 17, an experimental space for young artists managed by Giò Marconi himself. This new gallery draws upon the experience and name of the Marconi family and offers an ever-changing programme of avant-garde contemporary exhibitions. One recent example, organised in winter/spring 2014, is the first solo exhibition of German artist Amelie von Wulffen, who is known for her original use of different mediums: painting, drawing and photography are all delicately balanced in her large-scale works. The artists created a new series of paintings and several hand-painted chairs especially for this exhibition.

Galleria Bianconi has been known for its meticulous research and curation ever since its opening. Founder and director Renata Bianconi has worked hard to rediscover some of those artists from the second half of the 20th century whose work has been unjustly overlooked, giving them a new voice through exhibitions and publications. Galleria Bianconi balances its programme between these newly rediscovered artists and the most interesting contemporary artists from the international art scene. H.H. Lim’s first solo exhibition in Milan was one of the highlights of Bianconi’s recent programme. H.H. Lim uses paintings and video installations to create a visual narrative in an attempt to reflect the inconsistencies of modern society.

Kaufmann Repetto is a gallery born from the collaboration between Francesca Kaufmann and Chiara Repetto. After being located in the historic Via dell’Orso for many years, the gallery recently relocated to a new space designed by architect Frank Böhm. The new space allows for a wider range of works, including large-scale installations, and has quickly become one of the favourite galleries in Milan. Among the artists hosted at the gallery is Los-Angeles based installation artist Pae White. White’s art tries to unite domestic activities and artistic vision; everyday objects are reinvented and transformed, piquing the interest of the viewers. 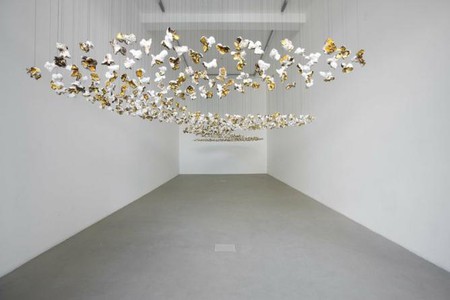 Francesa Minini is an open-space gallery dedicated to the promotion of talented national and international contemporary artists. In 2013, Francesca Minini, owner and director of the gallery, launched an exhibition entirely focused on up-and-coming South American artists. For the exhibition, appropriately titled Opinione Latina 1 (Latin Opinion 1), Francesca Minini decided to feature both those artworks that were representative of the artists and some original pieces that would surprise and fascinate the public. This choice was guided by a desire to give a complete view on the landscape of contemporary Latin American art. 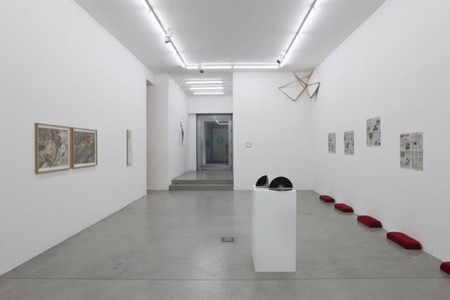 Founded in the early 1990s, Viafarini is a non-profit organisation and gallery that has three main objectives. First and foremost, the gallery wants to promote young Italian artists and guide them through their artistic research. Secondly, the gallery supports young artists in their mobility and, finally, it offers the artists a space where they can exhibit their works. All mediums of artistic expression are welcome within the exhibition spaces of Viafarini; the organisation hosts exhibitions, film screenings and live performances. A recent show includes a performance by Driant Zeneli, who investigates the various aspects of human nature by staging surreal performances.

Marsèlleria Permanent Exhibition follows the principle of total and utter freedom of expression more than any other gallery in Milan. The gallery believes that without the restrictions imposed by society, its artists will be able to capture the essence of contemporary culture. Created in 2009, the gallery is a stark white space that can be transformed to fit the needs of the artist. In spring 2014, the gallery hosts Speak in Tongues, created by Zapruder filmmaker group. Speak in Tongues analyses ‘language’ as a means of communicating with our peers beyond words and literal comprehension.

Founded in 1995, A Arte Invernizzi unites artists from different generations, national and international, with the objective of initiating a dialogue that will express the multifaceted world of contemporary art. A Arte Invernizzi’s recent group exhibition was titled L’Occhio Musicale (‘the musical eye’) and was directed by pianist Alfonso Alberti. The exhibition focused on the relationship between visual arts and music. The 11 featured artists explored this relationship following two main concepts, time and harmony, by experimenting with different mediums, materials, shapes and colour combinations. 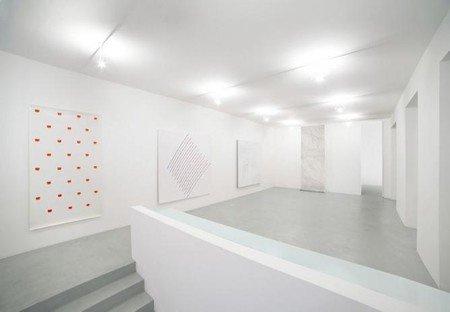 Circoloquadro wants to broaden the access to contemporary art by making it more accessible to the general public and easier to understand. Circoloquadro’s philosophy is that art, as a mirror of present times, shouldn’t be aimed only at an elite of literati, but its emotional, social and political components should be available all those who wish to approach it. The gallery organises exhibitions as well as meetings with artists, allowing the public to ask questions and discuss various subjects with the artists themselves. A recent exhibition, titled Paesaggio Italiano, featured the artworks of Massimo dalla Pola who, in his work, analyses some of the darkest moments of Italian history, including the most brutal assassinations of Italy’s recent past.

Studio Guenzani opened in 1987 and, since its very first exhibitions, it became clear that the gallery would become one of the most prominent in Milan. In 1988, it showcased the works of photographers Louise Lawler and Cindy Sherman and, over the years, has represented world-renowned photographers such as Hiroshi Sugimoto, Sharon Lockart, and Dayanita Singh. In 2001, Studio Guenzani organised a solo exhibition of Japanese artists Yayoi Kusama, who hadn’t exhibited her works in Italy since the 1960s. The exhibition featured a comprehensive collection of artworks from the 1950s, all the way to the artist’s most recent productions including a massive environmental installations.