Coronavirus: What Our Contributors Think of the Outbreak 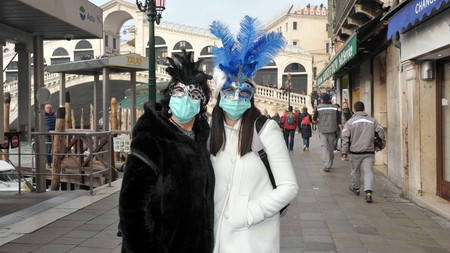 Culture Trip writers across the globe share their experience of how COVID-19 has affected their lives and the cities they live in.

Culture Trip asked some of our hundreds of contributors across the globe to share the atmosphere they’ve observed in their cities since the coronavirus outbreaks hit the media. The views expressed in this article are the author’s own and do not necessarily reflect those of Culture Trip.

The number of those infected will continue to rise, but reports from Venice are painting an overdramatic image of a city devoid of people – a ghost town. In reality, locals are treating the situation with typical dry Venetian humour. At aperitivo hour, the bars are full, and whenever coronavirus crops up in conversation, the general joke that a spritz is the best prevention and cure. Beneath the jocularity, there is an undercurrent of fear – but not of the virus. Tourists numbers have plummeted since the outbreak began, leaving local business owners wondering if they’ll have enough to pay the rent this month.

The Republic of Ireland has only one confirmed case so far, but there’s a definite sense of unease about what’s coming. That case is a couple of counties away in Dublin, where my husband works – he and his colleagues have been told to prepare to work from home if the city goes into isolation, and most of Google’s thousands of Dublin staff will stay home today after one of them reported flu-like symptoms. Culturally, the St Patrick’s Day Festival will be the biggest casualty if the situation worsens. A five-day, cross-city event in a fortnight’s time, its parade typically draws a crowd of half a million people. Its fate is due to be decided later this week.

Iceland has been bombarded with cyclones, avalanches, floods and earthquakes this year, so the coronavirus is just another thing to add to the list. We tend to laugh it off with our favourite saying: “Þetta Reddast” – it will all work out okay. But we are a close-knit community, so we know it will spread easily and fast. The risk to our small Icelandic population was considered potentially devastating.

There are around 300 residents quarantined at the moment but locals are frustrated that there are no restrictions on tourists. With nine confirmed cases and the fact that everybody knows everybody here, it’s just a waiting game until we all know someone who has caught it. The biggest concern is that there are not enough medical facilities to cope if many people get sick.

The Ministry of Health ordered residents who are returning from specific countries to self-isolated in their homes for 7 to 14 days. This announcement took many travellers by surprise, and families in Israel opted to cancel upcoming holidays. Like them, my family has decided to cancel a long-awaited ski trip to Austria.

On Monday, it was Election Day, our third in the course of a single year. There were separate polling stations made from plastic sheeting for those under isolation, a situation I don’t recall happening before. I hope that Purim, a traditional Jewish holiday that includes big festivities and parties, will take place as usual next week.

Coronavirus has not yet reached South Africa, but the fear of it has. The medical faculty at my university is trying to provide facts to counteract hysteria. But my academic tour to Greece may be affected by the outbreak as flights are already being cancelled to certain countries in Europe and Asia. The virus caused so much panic that face masks sold out at big pharmacy companies in South Africa. It all makes me feel very anxious because South Africa is already dealing with illnesses such as TB and HIV.

My husband and I live with our cat and dog in the city’s shopping district, Causeway Bay. On any normal day you will find it hard to walk down the street without bumping into at least a dozen people. But ever since mid-January and the surge of coronavirus in mainland China, Causeway Bay and Hong Kong itself have been left almost deserted. Not only are mainlanders not traveling to Hong Kong to shop, but Hongkongers are not leaving their houses. I didn’t leave my house for nearly three weeks. My office closed for the entire month of February, only to resume work this week with staggered office hours to avoid too many people coming in all at once.

Every morning, without fail, there is a line outside every single pharmacy in the Causeway Bay area that wraps around the block – twice in some instances – full of people waiting to purchase masks.

People on the streets are wearing masks as if it’s a scene from a doomsday movie, and heads turn aggressively away when someone coughs on the metro. I had planned a month-long trip to Guam in March, which has now fallen through, but nothing compares to my friend whose wedding has shrunk in size from 120 guests to only immediate family members.

My students are emailing me saying “I think I’ve got coronavirus”. It’s probably a bad cold. It’s possibly a fib. In any case, my attendance sheet is full of O’s, and there has been one confirmed case at the university.

Boston is full of hospitals and medical miracle-workers; in spite of it and because of it, we feel anxious. Passengers on the train clutch tubes of hand sanitiser. Yesterday, my mom texted me from the suburbs to say her local pharmacy has run out of ibuprofen.

Last month, our mayor proposed to rally customers to Chinatown, calling on neighbours to grab pastries or boba tea there. But the restaurants stay empty, and the streets are quiet.

Curiously, the first confirmation of the virus here was announced on Ash Wednesday, the day that marks the end of the revelry of Carnival.

With this news came the panic. Lots of misinformation has been shared on social media, and my job as a journalist has become even more important. But you can sense the fear. A couple of days ago, for example, one woman was left behind by her Uber driver because she was wearing a mask, and she missed a medical appointment for her heart condition.