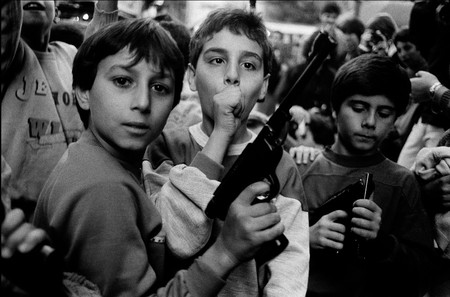 Italian photographer Letizia Battaglia has been driven by passion, and not blinded by it. Because of her, we are able to view thousands of images documenting the atrocities imposed by the Mafia in her native Palermo. During this tumultuous period in Southern Italy, Battaglia recorded horrific crime scenes, received death threats because of this work, and in 1993 helped expose (through photographs searched by authorities) Mafia ties with the seven-time-elected Prime Minister, Giulio Andreotti. Per Pura Passione/Just for Passion is on view at the MAXXI (Museo Nazionale Delle Arti Del XXI Secolo) through April 17, 2017. 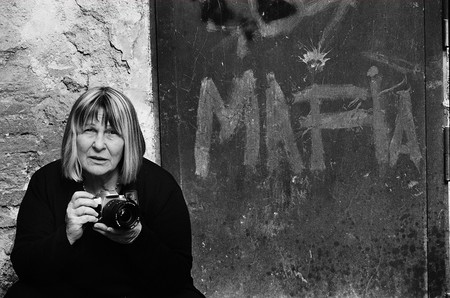 In a documentary made to introduce the MAXXI retrospective, Giovanna Melandri, President of Fondazione Maxxi, states: “Her pictures teach us not to turn off the freedom in our eyes.” 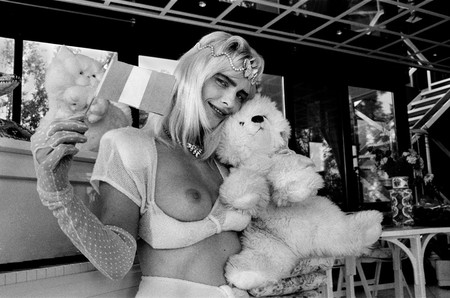 Now 80 years old, Battaglia can be credited for taking over 600,000 images for the now-defunct left-wing paper L’Ora; extensive contribution to images of women and environmental issues; holding a seat on the Palermo City Council for the Green Party; running a publishing house; and co-founding a monthly women’s journal, Mezzocielo. Battaglia has received many awards, including the W. Eugene Smith Grant in Humanistic Photography; the Photography Lifetime Achievement of the Mother Jones International Fund for Documentary Photography; and the Cornell Capa Infinity Award by the International Center of Photography. 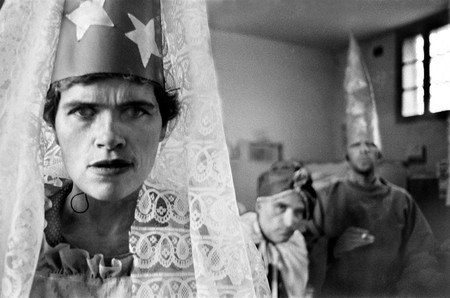 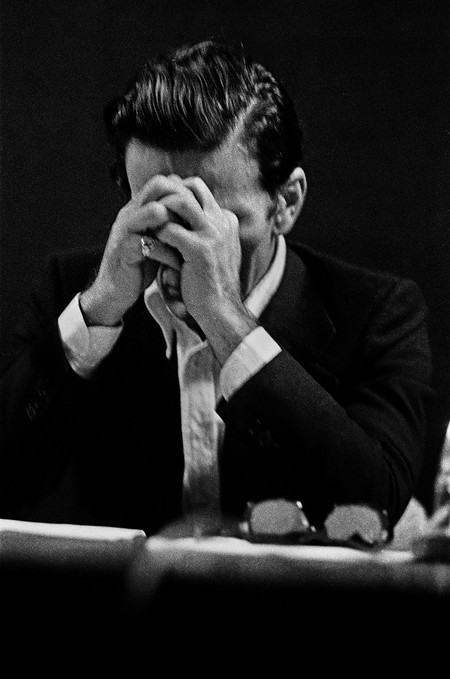 The exhibition is divided into two areas providing a look across Battaglia’s expansive career, which includes publishing, theater, politics and a series of photos taken in 1983 at the psychiatric hospital in Via Pindemonte, Palermo. Other works exclusively released from Battaglia’s archives for this exhibition are photos of film-maker Pier Paolo Pasolini and Italian actress Franca Rame. 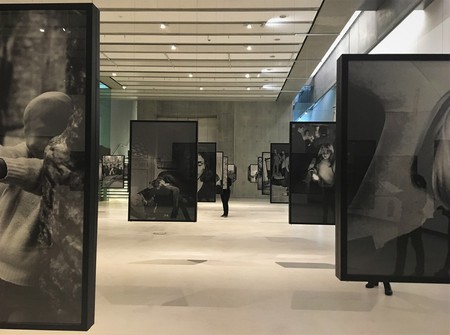 The exhibition area provides plenty of space to watch the films, examine contact sheets, and walk slowly among a series of large black-and-white prints hung from the ceiling in a gymnasium-size space. This presentation is grand, yet intimate; works are separated with enough space in between to allow for individual contemplation. 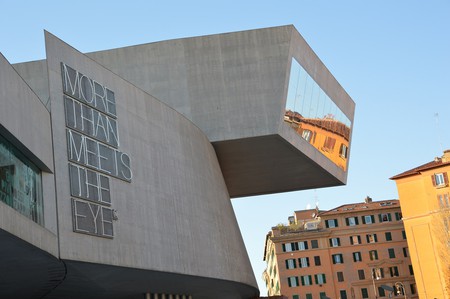 Located in the Flaminio quartiere and launched in 2010, MAXXI is an impressive museum that is well worth a trip away from Rome’s busy, tourist hub. The winning design was by architect Zaha Hadid, whose proposal was selected among 273 applicants. The museum is dedicated to both contemporary art and architecture, with special emphasis on supporting young, Italian artists. The permanent collection includes works by international artists Anish Kapoor, Anselm Kiefer and William Kentridge. The MAXXI’s permanent collection is free to visitors from Tuesday to Friday and every first Sunday of the month.