City on a Plate: Rome’s Best Chef Takes Us Around the Eternal City 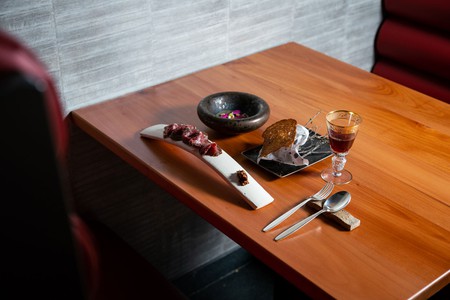 Culture Trip invites the world’s most talented chefs to take us around the cities that inspire them, letting us into the sights, smells and sensations that drive their approach to food. To give us a tour of Rome, we speak to Anthony Genovese, head chef of the Italian capital’s only two-Michelin-star restaurant, Il Pagliaccio.

From the outside, you would not immediately think that Il Pagliaccio is the best restaurant in Rome. Hidden away on an unprepossessing street, a mere stone’s throw from Piazza Navona, there isn’t much to alert you that you’ve found the right place, save for misted glass windows engraved with the restaurant’s name and, of course, a Michelin plaque, bearing its two hard-earned stars. 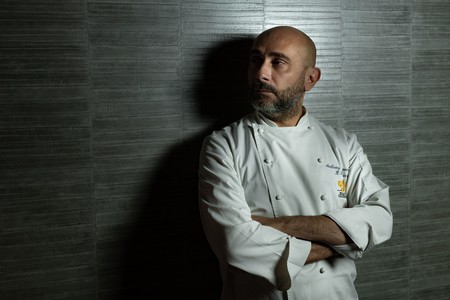 For 17 years, head chef Anthony Genovese has led the line – and led Rome’s restaurant scene – with his intensely progressive approach to Italian cuisine, transforming Il Pagliaccio into one of Italy’s most celebrated and sought-after culinary destinations.

Genovese’s version of Italian food is unabashedly international and iconoclastic, respectful of tradition but not beholden to naysayers who believe that some dishes are sacred. Drawing from time spent in France, England, Thailand, Japan and Malaysia, the chef’s dishes sparkle with the techniques and flavours of his nomadic life.

One signature dish reimagines the classic tortellini in brodo as baozi, whisper-thin Chinese dumplings that on any given day can be filled with everything from tapioca to sturgeon (depending on Genovese’s mood), swimming more often than not in a star anise-spiked broth. Another is a tight coil of tagliolini, served cold and smoked, with ripe casalino tomatoes – the most Roman of all vegetables – and briny uni (sea urchin), evoking Japan and Italy with equal familiarity. We speak to Genovese about how Rome has shaped his cooking, and how he stays inspired and captivated by the Eternal City. 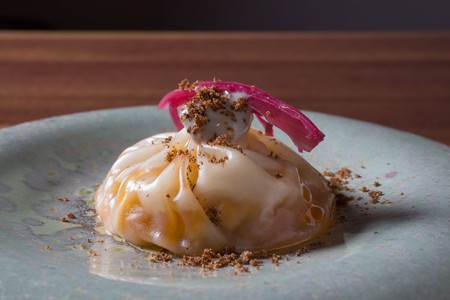 I was born in Cluses in France, in the shadow of the Alps, to Italian parents from Calabria. But I grew up around the world – I passed from east to west, through everywhere you could think of, until I finally put down my roots in the grandest city of all: Rome. Rome has such a diversity of environments, vistas and so much detail everywhere, in everything. It’s constantly in motion, just like me.

Rome has so many streets and corners and buildings, all full of centuries of history, that I could not possibly choose one as my favourite. It depends at what moment you look at something, in what mood you look at something. New things always reveal themselves – there’s a reason they call Rome the Eternal City.

How has your food been influenced by your city?

I don’t dislike the typical Roman cuisine at all, but I don’t live by it. My cuisine is characterised by robustly Italian ingredients, perfumed with spices from Asia and crafted with techniques from France. It’s elegant, but does not lose sight of the richness and generosity at the heart of Italian food. Rome is defined by its different, intermingling cultures and nationalities anyway – why shouldn’t I experiment with it?

Romans are a very particular type of people. They adore their city. They love their city so much that it drives them mad – even when they get angry at the city, a moment later they can’t help but smile about it. Whenever they come to Il Pagliaccio, they’re always taken aback by what I do with the local produce. I can take something as simple as amberjack – which you can find, grilled, anywhere across the city – and put it with foie gras and lychees. They react first, and smile afterwards. They always see the positive side; that’s the Roman way. 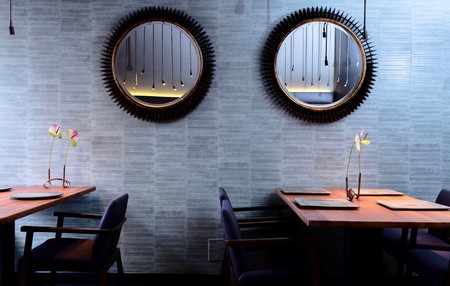 Home is where the heart is for Romans, and for Italians. There’s so much that we miss when we’re away from home – take pasta, for example! Even at its very best abroad, it’s never close to how it is at home. Even being a chef, if I had to pick one last meal, it wouldn’t be in a restaurant in some corner of the world. It would be at home, with my parents and with my friends. That’s why the dish that best expresses the Roman character is my tortelli, stuffed with pork ragu, covered in fondue and served with sweet little piennolo tomatoes. It’s rich, it’s hearty, and most importantly, it reminds you of home.

Anthony Genovese is the head chef of Il Pagliaccio, a two-Michelin-star fine-dining restaurant in Rome. Book a table, and keep up with him on Instagram.