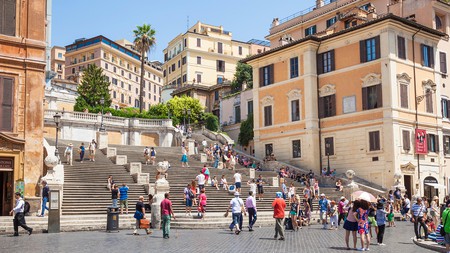 A trip to Rome is near the top of every city break wish list. The ancient city brims with culture and history, with incredible cuisine and alluring attractions known by every keen traveller. Given its global appeal, however, the capital of Italy can feel a little overwhelming. As crowds return, its cobbled streets seem as busy as they were before the pandemic. With that in mind, Culture Trip looks at a quieter part of town close to Vatican City with a heavenly new place to stay.

The colourful Mama Shelter brand has been causing a stir on the city hotel scene for a while. The chain has branches in several countries, having opened its first in 2008: a Paris location that set its formula. Subsequent hotels have opened in cool neighbourhoods of major European cities and beyond. The unique interiors could be described as eccentric, but all feel authentic to their surroundings. Every new destination is selected carefully to make the most of the lean luxury template that has proven to be a big hit.

This concept is now a part of the landscape in the Italian capital. Mama Roma opened in July 2021 in the Prati district, close to the Vatican. A little farther on from the tourist bustle are the area’s large apartment blocks, where many locals live a relatively peaceful existence. The traffic noise isn’t as relentless and the cheap souvenir shops are replaced by small restaurants serving pasta just as, well, mama made. 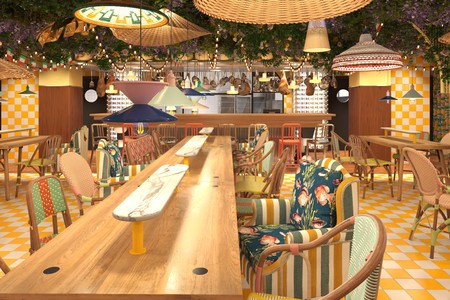 The exuberant Mama Shelter ambience might seem like an odd fit for this part of Rome, but that’s just in keeping with what’s worked in the past. Mama Roma is nestled between a number of residential buildings, but rather than treat this as an inconvenience, the team behind the property have embraced the local spirit. A total of 217 guest rooms are spread across six floors, with a restaurant and rooftop bar becoming great attractions for people who already live in Patri as well. Stepping into the lobby, you instantly get what vibe the hotel is going for, and it’s confirmed by the lift, adorned with faded, Panini-style stickers of famous Serie A footballers. 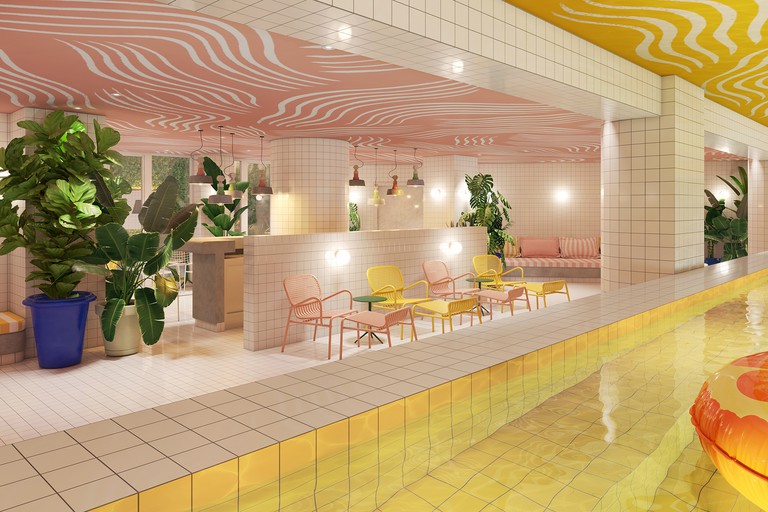 The bold design throughout this new addition to the Rome hotel scene has proven to be a big hit with guests and locals. The pizzeria on the ground floor serves some of the best pizzas in town and the rooftop offers incredible views of the Vatican. Everything is done with a sense of fun, from the adult gift boxes you can order to “spice up” your stay, to the amusing messages staff leave in various places to catch you off-guard. The outdoor spaces are ideal for long summer nights, and there’s even a sauna and pool in the basement – like a neon-fuelled throwback to Roman baths of the past.

Things to do in Prati, Rome

The Prati neighbourhood is well connected to the major attractions of Rome but is certainly quieter than the crowded central hub. The Vatican and its museums are all within touching distance and its only a short walk to famous landmarks like the Spanish Steps and the Trevi Fountain. If you want to go to any of those more famous places, your best bet is to head there early in the morning to avoid the really big crowds. 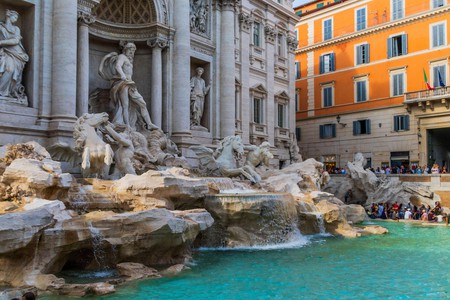 The food here isn’t as glamorous as in the tightly packed centro storico, but the reward is a more authentic take on classic dishes. You can’t go wrong if you just walk into a restaurant you like the look of and pick something off the menu – a haphazard method not really recommended in other parts of the city. The pubs and bars are cool places to hang out, with live music on offer most nights, although you can also get a really peaceful night’s rest, as general hubbub is kept to a minimum. 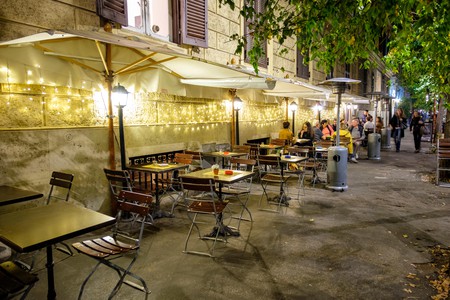 It might not be the first place you think of when looking for a place to stay in Rome, but with its authentic cuisine, lively atmosphere and more relaxed vibe, a trip to Prati could be the city break you’ve been craving.