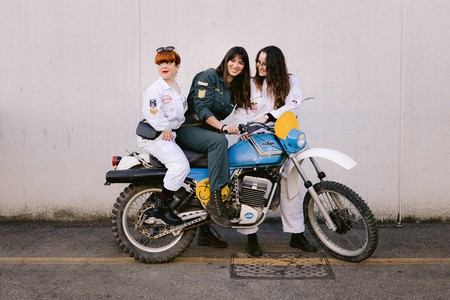 Domitilla Quadrelli (centre), with some of the former participants of the WMB, Verona, 2020 | © Camilla Martini / Culture Trip

When thinking of Italy, many people might conjure an image of a man scooting around cobblestone streets on a Vespa. And while that stereotype is not incorrect, it’s been eclipsed by an interest in custom motorcycles and dirt bikes – in particular, by women. 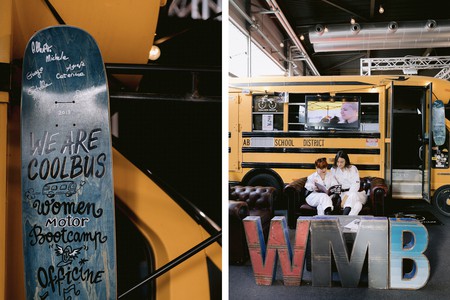 Catching sight of Domitilla Quadrelli on the racetrack, most people can’t help but do a double take. Covered in mud from the waist down, her long chestnut hair streaming behind her and an expression of pure elation on her face, Quadrelli is anything but your typical biker. But those kinds of stereotypes are all changing now. When she started riding a motorcycle five years ago, Quadrelli was a rarity in a predominantly male field. “I’d always wanted to ride, ever since I was a little girl,” Quadrelli, 28, says. “But for many reasons, I had to wait. In Italy, they make it very difficult and very expensive to get your license. But once I did, it was amazing. I love the freedom of being able to pack a few things and a tent and go away for a weekend.” 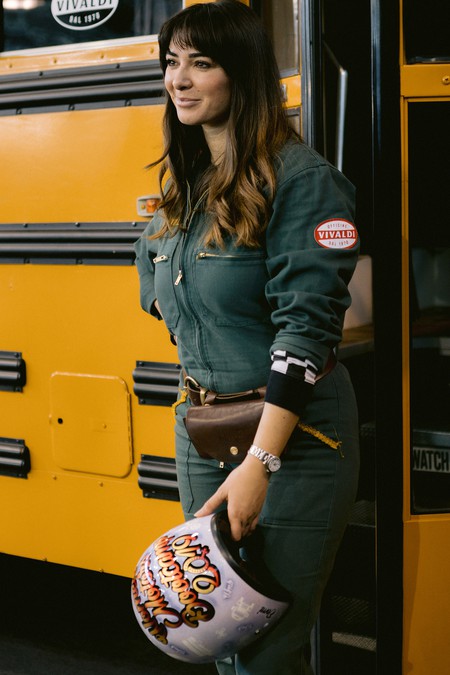 Quadrelli’s light bulb moment came when she started speaking with the girlfriends and wives of men attending motorcycle events. She quickly realised that she wasn’t alone in her desire – that there were other women in Milan keen to give riding a go. “So many women would say to me, ‘Oh, that’s so cool, I want to try too!’ But they had no idea where to start,” Quadrelli says. “They’d tell me that their boyfriend had a bike but didn’t let them try it because it was too powerful or whatever.” Quadrelli started suggesting that the women visit her in Verona, where she kept bikes, including an off-road Husqvarna 250 4-stroke Enduro and a vintage road Tenere 1991 660cc. That way, they could find one that suited them before applying for their license. 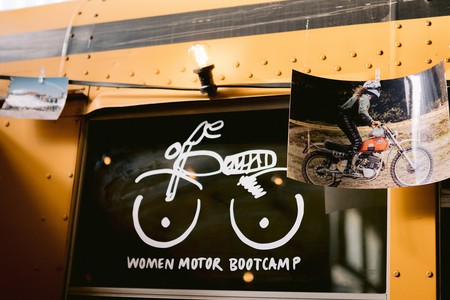 From there, word spread, and it became clear that the demand was much higher than anyone had anticipated. “They all started coming!” Quadrelli laughs. When more than 30 women told her that they’d like to attend the weekend, she figured she may as well organise it for a few hundred instead. And thus, the Women Motor Bootcamp was born. For the first time, in March 2019, over 500 women gathered in Verona for three days of motorcycle-related activities – everything from how to ride different types of bikes, including off-road (ridden on unpaved surfaces such as gravel, dirt, sand and mud), and enduro (bikes designed specifically for long distance, cross-country time trial competitions), to mechanics and welding, so that they know how to fix their own bike. “We want to make workshops that connect people, create a community, and give girls more opportunities to gather together – to learn and share.” 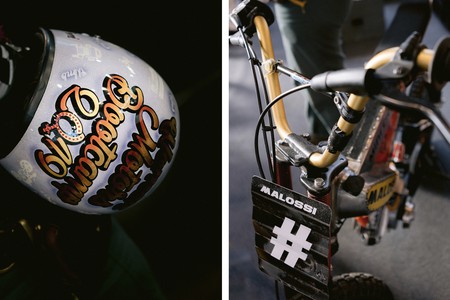 Motorbikes have always been a huge part of Italian identity, and the country has been one of the world’s largest producers of motorcycles for decades. Classic companies such as Bianchi, Laverda and Ducati historically dominated the industry, but now niche brands have emerged over recent years to fill the gap in the market, hoping to cater to a new female breed of petrol enthusiast. 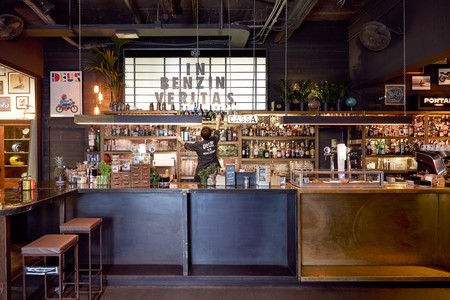 Motorcycle and clothing brand Deus Ex Machina’s marketing director Filippo Bassoli explains that there has been a perceptible shift in Italy’s motorbike culture, particularly in the last five years. He says the idea of every Milanese man riding around on a tomato-red Vespa is little more than an outdated generalisation. “Ten years ago the image was black leather, Harley Davidsons, beards – and only for men,” he says. However, Bassoli believes all of that has now changed, partly in thanks to the resurgence of vintage bikes and garments. “Now, it’s a lifestyle. Women arrive with curiosity and fall in love with the style, the fun. Because motorcycles are fun, and they’re for all [people]. My wife started riding five years ago and now every weekend she asks me if we can take a bike to tour, or to go off-road.” At Deus events such as the ‘Swank Rally’ and ‘Wheels and Waves’, the percentile of women attending continues to grow. “It’s up at least 10% now compared to last year, and I’m sure the numbers will continue to grow,” Bassoli says. “It’s a new era.” 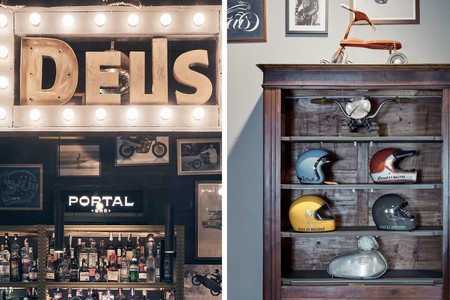 Motorcycling isn’t just a means of transportation, it’s a lifestyle. The Italian Department of Motor Vehicles confirms that the figures are rapidly climbing – the amount of female motorcyclists in Italy has more than doubled since 2002, from 2.6% to more than 7% at the end of 2015. Even though that means 93% are still men, that’s a significant change in a short period of time.

Within the sprawling city, one neighbourhood in particular now holds a reputation as the epicentre of motorcycle culture in Milan – a Moto-Quartiere (‘motor quarter’ in Italian). Just north of the bustling centre and business districts, the formerly industrial areas of Isola and Zara are now home to a number of motorcycle workshops and stores. You’ll find immaculate custom motorbikes at Deus Ex Machina, Samurai Choppers and Zaetas at Officine Mermaid across the road, and BMWs and Triumphs at South Garage Motorcycle Company. 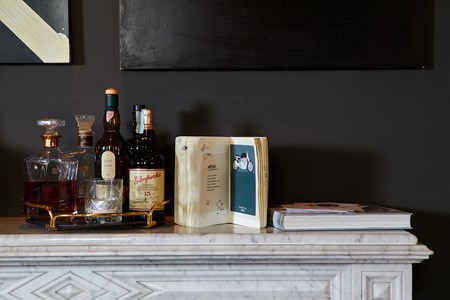 Bassoli admits that the motorcycle brands have a responsibility to represent women and provide suitable products. “Big companies that produce bikes and clothing are expanding in this direction, which is important,” he says. “There has to be a new approach – creating special bikes that aren’t too high for [smaller] women, for example. Deus started producing unisex products three years ago, and then started a little capsule for women, because we had so many requests. It’s also not about copying the men, but creating a brand new style for the women. It’s a great fit for Deus because we want to help open new doors.” 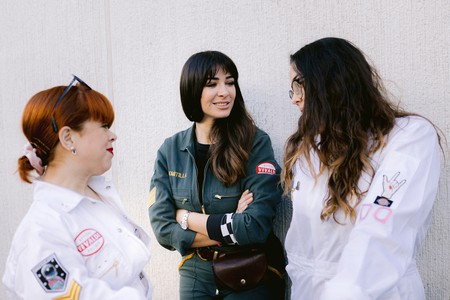 Since founding Women Motor Bootcamp, Quadrelli has only become more passionate about the group’s ethos – of creating a community that is completely inclusive and welcomes women from all walks of life. “We had a very unique target – any woman who had never had anything to do with motorbikes – girls working in offices, models, supermarket managers,” she says. “Some of them were as young as 16, and they came with their mums. It’s such a social thing. I was so happy and surprised by all the girls that wanted to be part of it.”

From here, Quadrelli is sure numbers will only continue to grow. “We want to get bigger,” she says. “It is a proper movement – things are changing and moving, and each of us needs to do our bit to prove the [naysayers] wrong. It is a community that is loyal, that is empowered – that is doing things. For me, riding a motorcycle, I know I belong to something.” 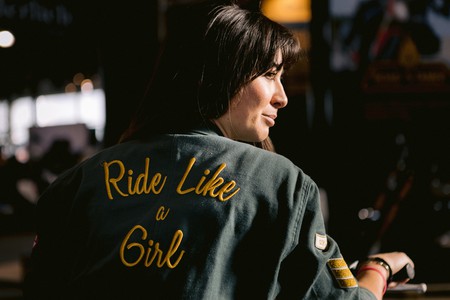