Beyond Invention: the Art of Leonardo da Vinci 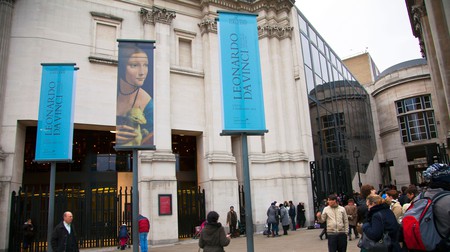 In 2011, London‘s National Gallery held an exhibition of the works of the legendary Italian artist Leonardo da Vinci. This showing elicited huge crowds and widespread critical acclaim, revealing da Vinci’s profound and persistent cultural and artistic relevance. We look back at this great figure and explore his revolutionary art.

When you think of Leonardo da Vinci, you might dwell on the huge variety of his conceptual inventions, such as the helicopter and parachute. He is also considered one of the finest and most important artists of all time. Da Vinci called himself omo sanza lettere – “a man without letters” – an expression of modesty, implying that he did not benefit from an education, but also of immodesty, meaning that his genius was innate.

Giorgio Vasari, Benvenuto Cellini and many other Italian and French painters looked to him as a model. Michelangelo was his rival, but their different views show the two opposite philosophies of the Italian Renaissance. Da Vinci aimed at a natural and artistic harmony; he had a long life made up of travel, creation and literature. In contrast, Michelangelo had a rather tormented life; his art and poetry represent a different Renaissance, obscured by passion and disquiet.

Although da Vinci gave an invaluable contribution to the Italian Renaissance, his free thinking pushed him away from Italy. He spent his last year in France, where his art and genius merited superior treatment – and also the reason that several of his masterpieces can now be found at the Louvre. In 2011, London’s National Gallery exhibited some of the works of this great artist. His paintings and drawings were displayed along with works by his followers, allowing visitors the chance to see his most famous works within the context of his contemporaries. His famous portraits in particular could be admired in all their glory, and a special place was given to a copy of his legendary Last Supper.