The Best Things to See and Do in Santa Croce, Florence 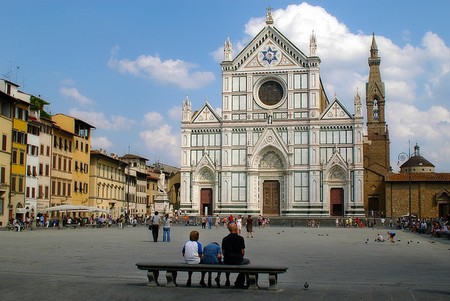 Santa Croce is maybe the most popular area of Florence, not only for Florentines but also for tourists, who come here attracted by its beautiful basilica and famous leather shops. The large piazza hosts many concerts, festivals, markets and other events throughout the year. If you are in Florence, you can’t miss it, so read our list of the top things to do and see here and note it down on your agenda.

Santa Croce Basilica, one of the largest churches of Florence, is not only a stunning religious building, but is also the burial place of some of the most illustrious and famous Italian artists, painters, architects and intellectuals of all the times. Here are buried Michelangelo, Galileo, Machiavelli, Foscolo and Rossini, just to name few.

Visit the largest library of Florence

Just a few steps from the Basilica is the largest library in town, Biblioteca Nazionale Centrale, created as the private library of Antonio Magliabechi, a Florentine librarian and bibliophile. According to his will, the collection was left as a gift to the city of Florence in 1714. The big flood of the Arno River of 1966 caused serious damage to the library and its collection of books, which was one of the largest in Italy. People from all over Italy came to Florence to help the guardians of the library save the books from the water. 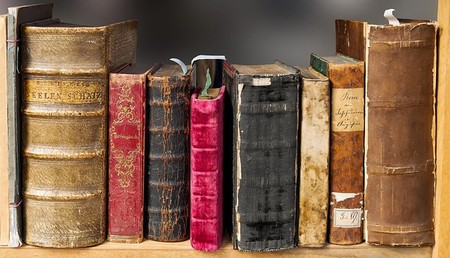 One of the reasons why Santa Croce is so popular is for the leather stores. There are shops on every street, and some that encircle the square, too. Pay attention to the prices and compare them before you buy any leather goods. Behind the church is Scuola del Cuoio, the largest and most famous leather school in town, where artisans create shoes, coats, bags and other leather stuffs. We strongly recommend you visit it if you want to learn something more about the history of leather in Florence.

Santa Croce is the home of one of the most famous events of Italy, Calcio in Costume. This ancient competition dates back to the Renaissance era. Four teams, which represent the four historical districts of Florence, play against each other, first in two semi-finals and later in the final match to determine the winner, which is always played the 24th of June. That day, the game is anticipated by a parade with people dressed in traditional costumes. 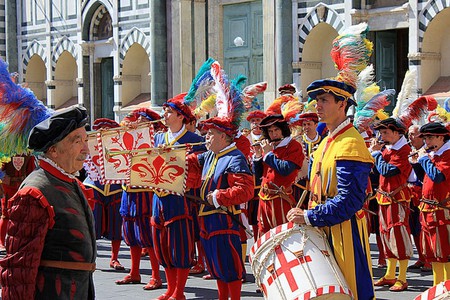 Meet the locals at Moyo

Santa Croce is the most popular area of Florence for young people in search of fun, pubs and places to spend the night out. The area is plenty of cool locations, but one of the best is Moyo, a nice spot mostly frequented by students and young tourists. They serve delicious aperitivo with great cocktails and excellent food. At 9pm, the music gets louder when DJs start playing and people start dancing.

Santa Croce is not only a cool place for hanging out and shopping, it is also the home to the largest winter market of Tuscany. Every December, the square hosts the German Market, a lovely winter market with beautiful stalls where visitors can buy artisan stuffs and eat authentic delicacies of Northern Europe. 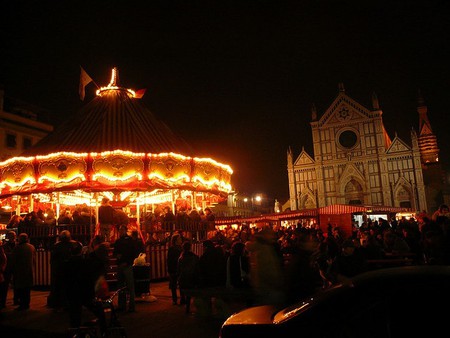 Eat the best gelato of Florence

Hidden in a narrow cobblestone street not far from the Basilica of Santa Croce is one of the best spots to visit in town, Gelateria Vivoli. This old ice-cream shop is a must-see place for everyone in Florence – you can’t miss out on tasting the best and most famous gelato in town. Try the classic flavors such as crema, pistachio, chocolate and stracciatella, and you’ll not regret it. 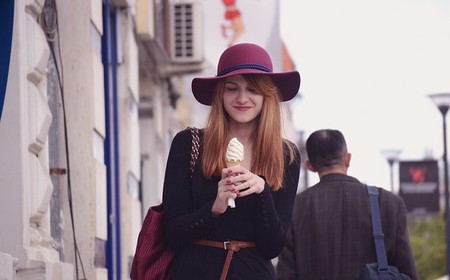 Gelato | ©greekfood-tamystika/Pixabay
Give us feedback