Become a Moviestar at This Italian Fashion House's Latest Exhibition 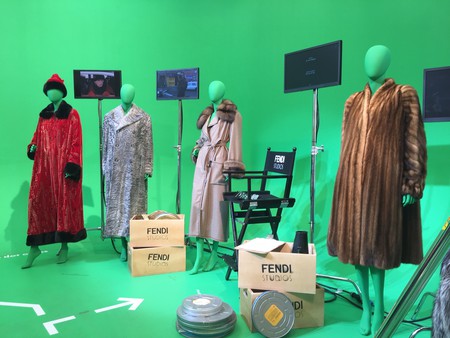 Fendi Studios, the new exhibition from Italian fashion house Fendi, is an immersive celebration of the brand’s long relationship with the world of cinema. Visitors can explore a series of interactive film sets, getting up close and personal with some of Fendi’s most iconic looks from the big screen – including pieces worn by Cate Blanchett in Blue Jasmine, Meryl Streep in The Devil Wears Prada and Gwyneth Paltrow in The Royal Tenenbaums. 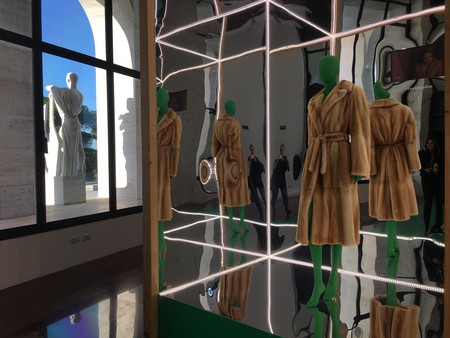 As well as admiring the couture, visitors can put themselves centre-stage through the interactive sets. The first, called Easy Riders, is inspired by famous cinematic car scenes and features a shiny red Alfa Romeo Spider – just like the one Dustin Hoffman frantically drove in The Graduate. Visitors are invited to hop right in and – with the help of a green screen – star in their very own short film.

The next chance to step into the spotlight takes place in New York on the A Room with a View set where trippy, mirrored images of visitors are projected onto an American apartment building façade. On display are a series of Fendi products used by some of New York’s most famous fictional residents, including the sequined Quality-Street-purple Baguette bag stolen from Carrie Bradshaw in an episode of Sex and the City.

The journey continues in ‘Fendi’s Adventures in Tenenbaumland’, an endlessly Instagrammable mirrored corridor with screens playing an iconic scene from Wes Anderson‘s The Royal Tenenbaums. The belted mink trench coat that came to epitomise Gwyneth Paltrow’s character Margot Tenenbaum, is revealed in the next room. 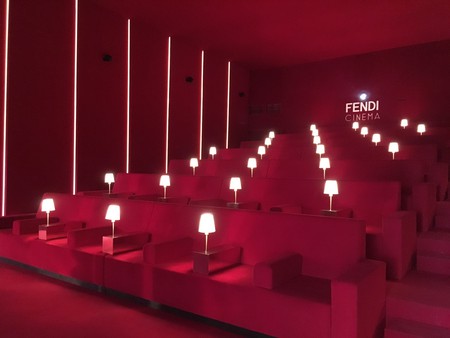 As well as five interactive sets, the innovative exhibition also features a plush red movie theatre where guests can watch Making Dreams: Fendi and the Cinema, a short film shot at Rome’s Cinecittà Studios in 2013. Every evening the tiny theatre screens films that feature costumes, couture, furs and accessories created by the Roman fashion maison. Titles include Evita, Marie Antoinette and Basic Instinct 2.

Fendi Studios was inaugurated during Rome Film Festival and runs until March 25 2018 at the Fendi headquarters at Palazzo della Civilità. Entry is free but tickets to the screenings must be booked in advance online. 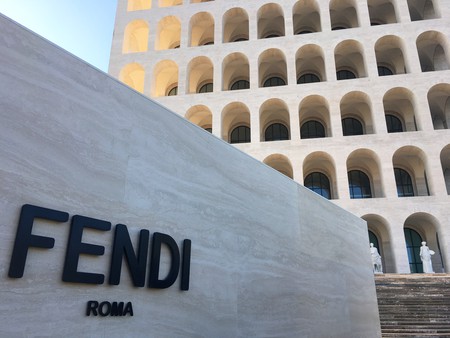