EUROPE
/
ITALY
/
BOLOGNA
/
Things to Do

Bologna, whilst not nearly as metropolitan as Milan or as touristy as Florence, nevertheless manages to house 100,000 students and be bustling till the early hours with young people drinking, eating and enjoying life. It isn’t your average sleepy Italian setting – this restless city is full of surprises, both culinary, musical, and architectural. We take a look at the most unexpected finds in beautiful Bologna. 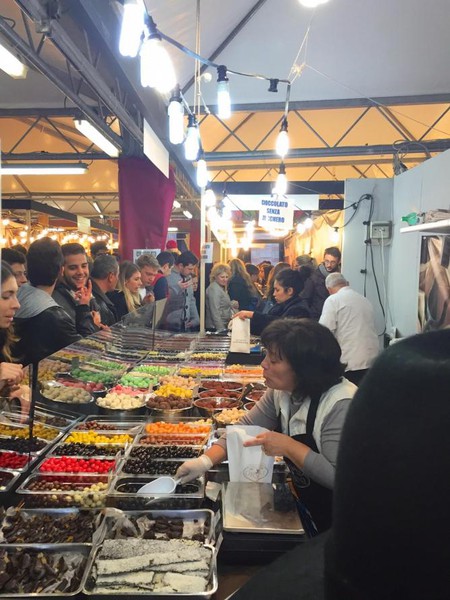 Known for its al dente tagliatelle al ragù, cram-packed tortellini and the gently sparkling (and delightfully economical) Pignoletto white wine, Bologna is—without doubt—foodie heaven. Each year it hosts some of the finest chocolate vendors in the region, challenging Belgium and Switzerland for the cacao crown. For five days people gather from across Italy under the shadow of the resplendent Basilica of San Petronio to buy chocolate in all its forms from Cioccoshow. Who knew that chocolate-covered orange rind could draw such a crowd? Alongside plenty of stalls, there are masterclasses and even free espresso tasting events. If you’re not a fan of chocolate, artisan ales and a full rainbow spectrum of teas can be found here too. It’s the perfect place for desert after an aperitivo in the nearby charcuteries of Via Pescherie Vecchie. 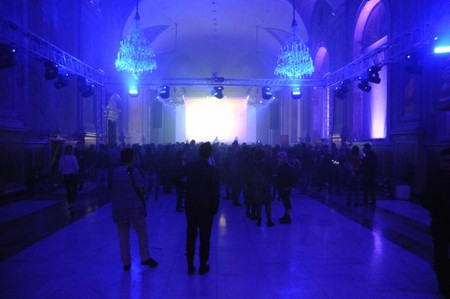 Bologna, as the birthplace of Corelli, remains a pilgrimage sight for Baroque music fans. So it might be a shock to find an annual electronic music festival named ‘RoBot’ occuring here. Combining global acts like Jon Hopkins and stunning venues like Palazzo Re Enzo, the headline nights of the RoBot music festival sell out every year. It hosts every kind of electronic sound, boasting audiovisual spectaculars and films as well. Going strong since 2008, the festival gets bigger and louder each year, recently growing to include activities for kids and even a hackathon. 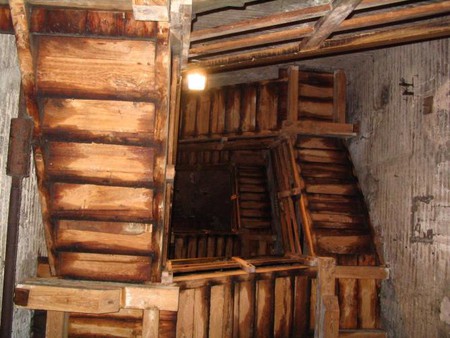 Everyone knows the leaning tower of Pisa and about half of us have used perspective to our advantage to take a funny ‘look, I’m holding it up!’ pic. While Bologna is known for its two towers, the tallest of which was named Asinelli after the family who owned it, few know that it is in fact much taller than its Tuscan adversary, at a whopping 97 metres. The steps may get narrower, and there’s a chance you’ll have to get on your hands and knees at the top, but the views of the starlings swirling over terracotta rooftops is unmissable. 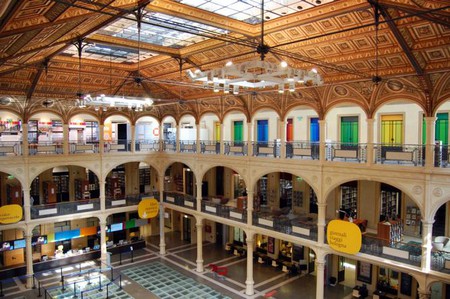 A Library With a Secret

Salaborsa is a beautiful and popular library with a host of nice cafes, but the truly exciting part is beneath your feat – under a glass floor lie the remnants of the old city, a kind of archaeological dig you can actually walk in. With free admission, everyone is welcome to scope out the Roman wells and walls before a bit of light reading and a morning cappuccino, before heading up to the Fountain of Neptune in all its sun-tinged glory. 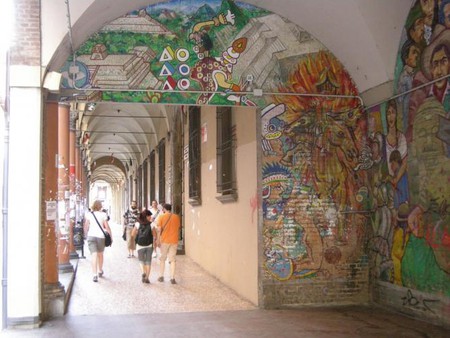 Bologna is not only one of the oldest universities in the world, but also one of the largest. With a student population approaching 100,000 (up to 10% of which is international), you can’t walk for five minutes without finding some kind of student protest or politicized graffiti. Just watch out for the deadly whistle demonstrations – they can reputedly knock out your hearing for a good few days.