Bar Basso: Milan’s Father of Design and the Italian Aperitivo 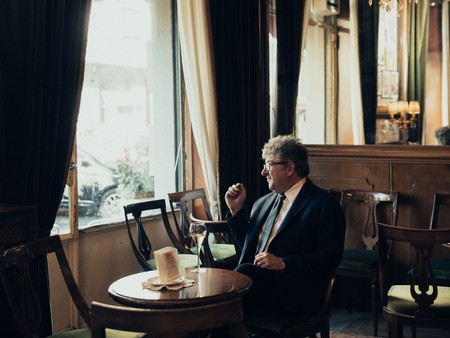 Over the course of 50 years, Milan’s Bar Basso invented the famous Italian cocktail Negroni Sbagliato, created innovative glassware and became an icon of the city’s design culture. With current owner Maurizio Stocchetto continuing his father’s legacy, the unassuming cocktail bar on Milan’s eastern edge finds itself at the crossroads of the global design community. 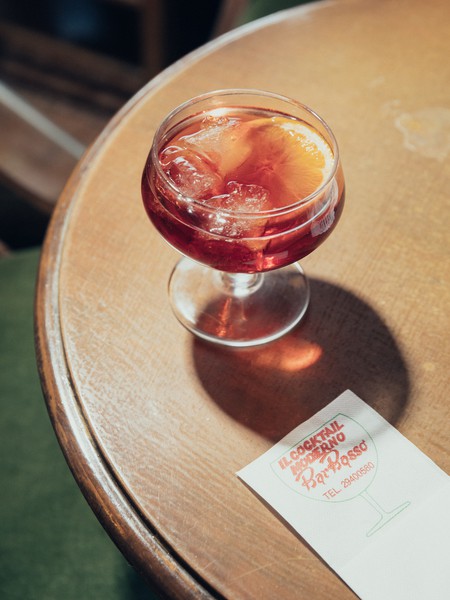 Walking into Bar Basso for the first time requires a pause for visual effect. Pink walls, wooden panelling, a marble floor, crystal chandeliers and net curtains lend the original 1930s cocktail bar an atmosphere of timelessness. But this is no museum or monument to the past – Bar Basso is a dynamic, evolving institution that helped shape the global design industry over the past few decades. 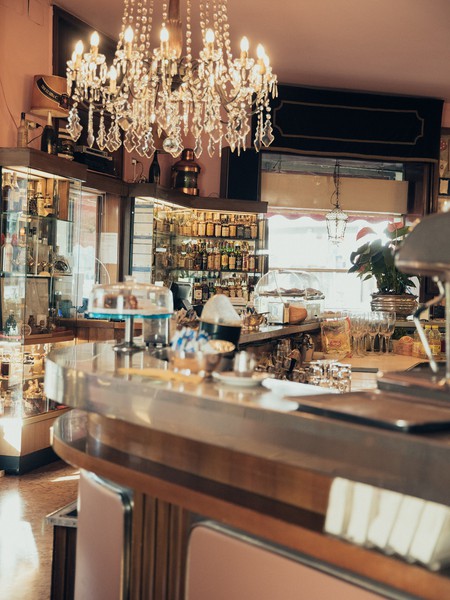 “It’s a very bizarre place,” admits Maurizio Stocchetto, owner of Bar Basso and son of the original founder, Mirko Stocchetto. “It has a mix of styles, from the mid-century to today. But we don’t want to be pretentious. It’s a bar, basically. A watering hole. Where people come to talk to each other over a drink.”

Bar Basso is the brainchild of Stocchetto senior, who was a talented bartender. Originally from Venice, the birthplace of the iconic Aperol spritz and the bellini, he spent decades crafting cocktails at the legendary Hotel Posta in Cortina d’Ampezzo before moving to Milan on a tip-off about a bar up for sale. Encouraged by an influx of new wealth in the city, he bought Bar Basso from the previous owner and turned it into a cocktail bar. The year was 1967 – the beginning of Milan’s reinvention as the capital of fashion and design as it is known today. And the move proved perfect timing for a burgeoning cocktail culture, which became known as aperitivo in Italy. 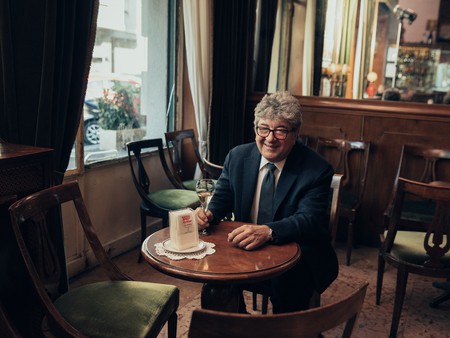 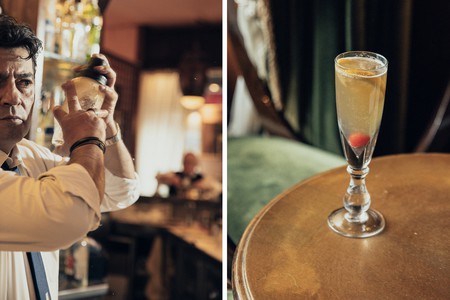 Stocchetto senior was not just a masterful mixer of drinks, but an inventor of at least 100 different recipes, too. His most famous creation, the Negroni Sbagliato, was a happy accident. In 1972, he accidentally reached for the prosecco instead of the gin and, in turn, inadvertently introduced the world to a lighter, bubblier version of the classic aperitif.

However, a perfectly balanced drink was nothing without a befitting glass in which to serve it. Mirko contacted an old pal from Venice to manufacture a glass large enough to accommodate a six centimetre × eight centimetre (approximately two inch × three inch) ice cube, an orange slice and the vibrant drink itself, but practical enough from which to drink. His early prototypes would go straight to the bar for testing in real-time, thus allowing him to make incremental improvements. The unique form and sturdiness of his final design caught the eye of several large Italian design brands, who approached Stocchetto for tips on minimising breakages when manufacturing their own glassware. 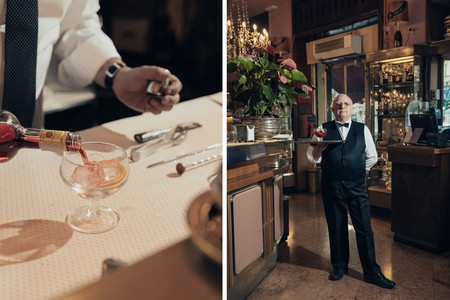 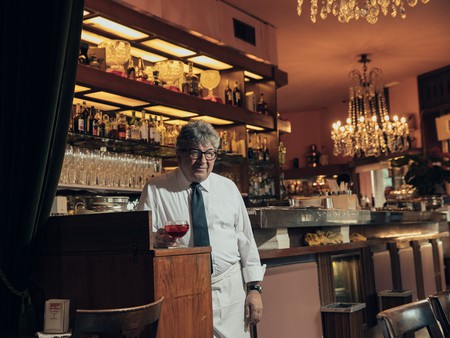 Maurizio Stocchetto grew up in Bar Basso, practically adopted by the regulars, and friended numerous designers over the years who began to frequent the bar | © Mattia Balsamini / Culture Trip

This particular time was just the beginning of Bar Basso’s love affair with the design community. When Maurizio Stocchetto took over the bar from his father in the 1980s, he befriended a group of British furniture designers, including Marc Newson, Jasper Morrison, Thomas Sandell, Ross Lovegrove and James Irvine. Although the young Stocchetto studied literature, his warm personality and natural ability to make everyone feel at home helped to foster a sense of community and dialogue.

“In those days, the design community was very niche,” Stocchetto recalls. “But the more popular the designers got, the more people gathered around them. Bar Basso, in turn, became a hub for casual conversations and the exchange of ideas away from the formality of the fair.” 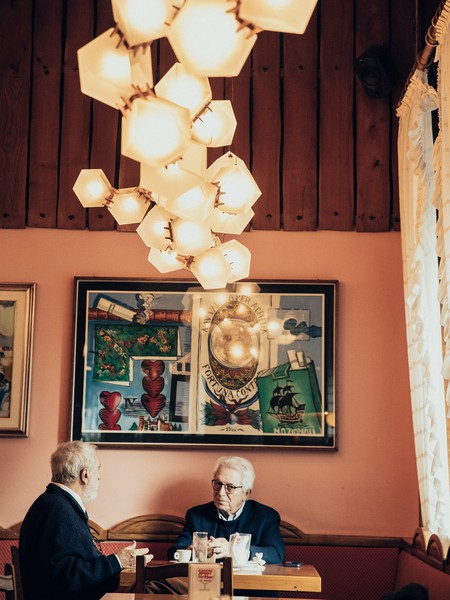 Indeed, the bar’s atmosphere is far from the confines of the Salone del Mobile furniture fair (the most important event for the global design industry, taking place in Milan every year), with its bright lights and corporate atmosphere. Instead, Bar Basso provides a casual meeting point for designers, manufacturers and journalists to mingle freely to this day. “Meet someone at the fair, and you’ll have a dull conversation monitored by their PR team,” says Stocchetto. “But meet the same person at 3am with a glass in hand, and the encounter becomes much more human.” 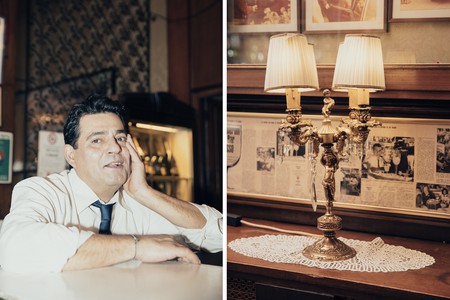 As a seven-year-old, hanging out at the bar until his dad’s shift ended, Stocchetto recalls listening to the stories of businessmen coming home from long-haul travels and a rock ’n’ roll soundtrack wafting out of the jukebox. He was practically adopted by the regulars and learned to cultivate his curiosity and have discussions with all kinds of people.

Stocchetto has watched the evolution of Milan over the past few decades from the same address at Via Plinio 39. “I remember the prosperous ’60s, how tough it was in the ’70s, the hedonism of the ’80s. Every decade brought something interesting.” Though Stocchetto admits he harbours some nostalgia for the mid-’80s and early ’90s, he happily looks at his bar that continues to do what it’s done the past 50 years in harmony with the developing modern atmosphere around him. “Over the past few years, there is a sense of pride emerging that has never been there before. We’re in the right place at last.” 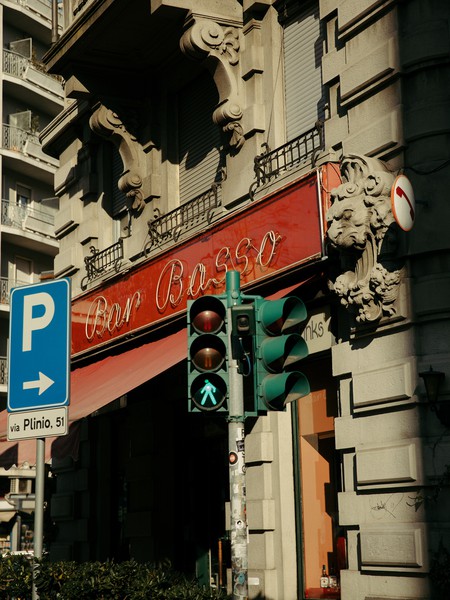