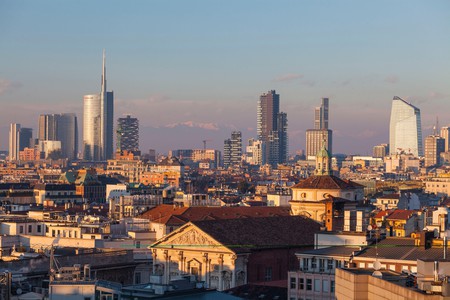 With the number of coronavirus cases in northern Italy steadily climbing, newsfeeds around the world are saturated with images of deserted streets, bare supermarket shelves and masked residents. But a walk around Milan’s city centre quickly dispels any impressions of a ghost town; all seems to be relatively normal, if slightly less bustling than usual. While the government has imposed strict measures (including closing schools and universities for the past week) and the city’s fashion shows faced disruption, for many of Milan’s citizens it’s just business as usual. 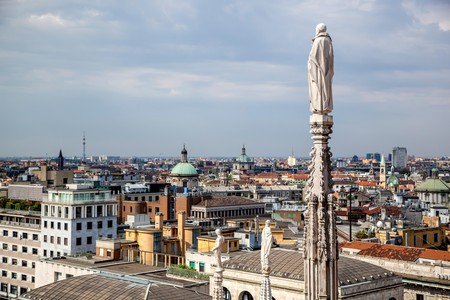 Although at the time of writing, there are more than 650 reported cases of coronavirus throughout Italy, Milan local Caterina Licini says she’s “not too worried”. Her company has instructed her to work from home for the week, which she appreciates is a necessary precaution; however, that’s where the disruption to her daily routine ends. “I take precautions, I wash my hands, I don’t use the metro or tram,” she says, “but my life is totally normal.” And it seems that Licini is not the only one. “I see a lot of people around,” she says. “I see people in the city, on the streets. I agree on an intervention and people working from home if it’s possible. Of course, it’s important to be careful, because we don’t know the virus very well and don’t have a vaccine, but I think there have been some totally crazy reactions, like the assault of supermarkets – that was insane.”

The reactions Licini refers to began when the town of Codogno was announced as the source of the reported cases in Italy; within 24 hours, pharmacies in Milan had sold out of face masks and raised the price of hand sanitiser due to the overwhelming demand. Supermarkets were inundated with customers desperate to stock up on tinned food in case of a nationwide shortage of supplies. And on the last day of Milan Fashion Week, luxury fashion designer Giorgio Armani presented his new collection to an empty room to minimise the risk of infection for his guests, live-streaming the show instead.

Maria Campadel, CEO and founder of Milan-based PR agency We Are Busy, notes that coronavirus has already created problems for the fashion industry, especially in terms of production and supply chains. “Even products that are designed and made in Italy might have a small part that comes from China,” Campadel says. “So these kinds of things are a problem, especially when a lot of buyers [during Fashion Week] come from China as well.” Hotels in Milan have reported a 50% drop in reservations, and some flights into the city have been cancelled due to low booking numbers. Tourism has been affected, and the economy is suffering as a result. As the city’s stock exchange continues to fall, many are concerned that this could be the tipping point for Italy to go back into recession. 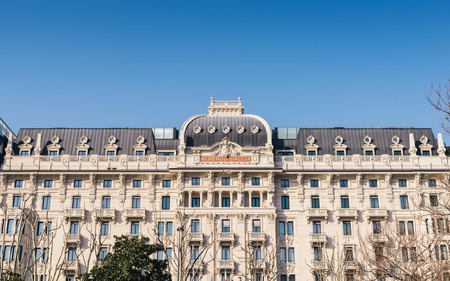 But Campadel explains that in spite of these complications, businesses like hers are persevering. “A lot of people are asking me what it’s like in Milan right now,” she says. “But what I can see in my industry is that we’re not panicked. There is a lot of positivity, a lot of energy and a lot of support for each other.” On Thursday, an advertising campaign entitled #MilanoNonSiFerma (translating as ‘Milan isn’t stopping’) was released in a bid to rejuvenate the city’s tourism and counteract some of the damage that has already been done. And now that a week has passed since the initial outbreak, landmarks such as the Duomo and La Scala are preparing to open their doors to the public again.

One concern that Licini shares that potentially outweighs her fears of the virus is her belief that the proliferation of negative news stories is spreading misinformation about the current climate in Italy to foreign countries. “Every time I open Facebook and read articles, the message is exaggerated,” she says. “There’s a lot of bullshit, and these kinds of things are feeding the panic.”

Campadel agrees, adding, “It’s not that we’re not taking it seriously. But Milan is an international hub for fashion, design, business. So we can’t go down for this! It’s really, really important for people to still come to Milan.” 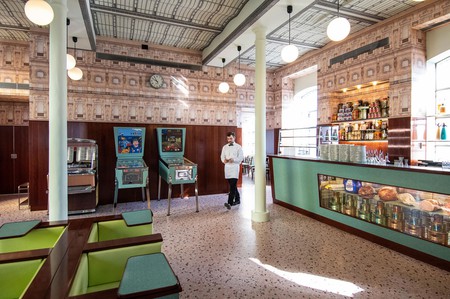