Art Treasures Discovered in the Canals of Venice 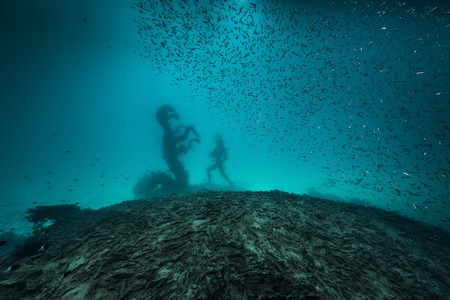 As much as I would like to report that ancient artefacts have been found in the canals of the great watery city, in fact British artist, Damien Hirst is up to his usual antics and will be exhibiting over 100 works that look like discovered treasures in Venice this summer.

Treasures from the Wreck of the Unbelievable has been 10 years in the making and goes on view at the Pinault Collection’s two Venetian venues, Punta Della Dogna and Palazzo Grassi, from April 9, 2017. Although little information has been released about the British artist’s major new project, both the press images and videos allude to a collection of mysterious finds that have been discovered in Venice. 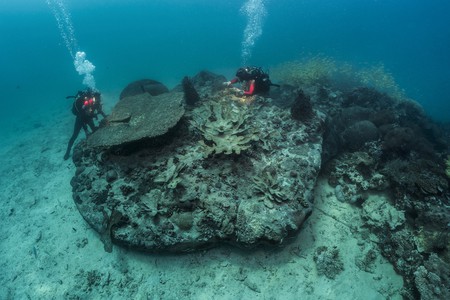 Known for causing shock on more than one occasion for his fascination with death and mortality, which has been realised in works that preserve livestock and fish in giant tanks of formaldehyde, Damien Hirst has of late invested more time in his gallery venture, Newport Street Gallery and expanding his Murderme Collection, rather than exhibiting his own work. So as you would expect, the anticipation around his forthcoming show, is huge. 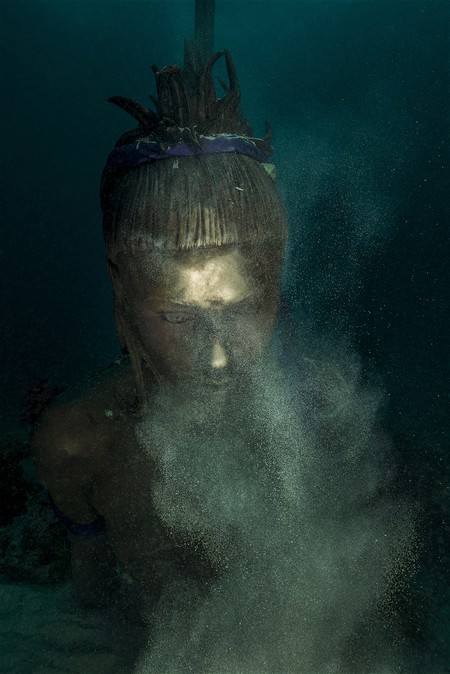 Aptly timed to coincide with the 57th Venice Biennale in May, Hirst’s first solo show in Italy since his 2004 retrospective at the Museo Archeologico Nazionale in Naples, is being showcased at both of famed French art collector, François Pinault’s impressive Venetian art spaces. Pinault has been a long time supporter and collector of Hirst’s work and the show is the fifth iteration of Palazzo Grassi’s monographic shows, dedicated to major contemporary artists.

Although we’ll have to wait until Sunday April 9, 2017 for the big reveal, here are some teasers to whet your artistic curiosity.

In this short clip, two forms, possibly ancient statues, covered in what appear to be carbuncles can just be made out in the murky waters. Here is a closer view of the two sculptures, which almost looks like a monster being slain.

While in this video, a diver is coordinating the excavation of a statue covered in coral.

Treasures from the Wreck of the Unbelievable opens at Punta Della Dogna and Palazzo Grassi in Venice on April 9 and runs until December 3, 2017.