EUROPE
/
ITALY
/
NAPLES
/
Things to Do

An Art Lover's Guide to Naples in 24 Hours 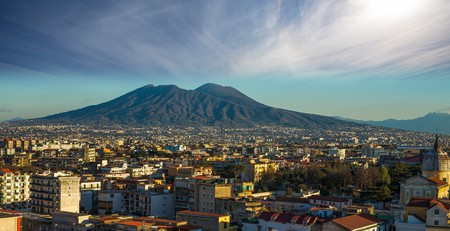 From ancient sculptures excavated from the ruins of nearby Pompeii to the unauthorised street art that has transformed a number of the city’s historic palazzi, the art scene in Naples is as diverse as it is prized. Take a whirlwind 24-hour trip and discover the must-see museums and thought-provoking galleries that help make Naples one of Italy’s most captivating art cities.

Naples’ National Archaeological Museum takes visitors on a journey back in time with its vast collection of ancient Roman and Greek artifacts – many of which were discovered in nearby Pompeii and Herculaneum. Those on a tight schedule should make a beeline for the museum’s most celebrated exhibits, starting with the Toro Farnese on the ground floor. Part of the prestigious Farnese Collection, this striking marble sculpture depicts the humiliating death of Dirce, Queen of Thebes. 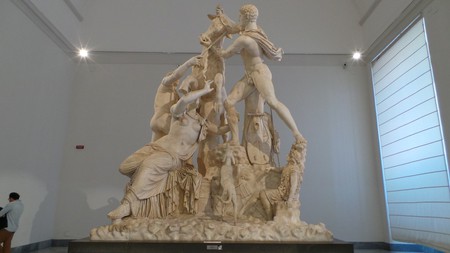 Commissioned in 1738 to house the Farnese Collection, the Palace of Capodimonte was once the summer residence of Charles VII of Bourbon. The lavish Royal Apartment rooms provide a glimpse into how the other half lived, but the main attraction these days is the exhaustive art collection that has grown into one of Italy’s largest. Works by some of the biggest names in classical and contemporary art hang from the walls and the likes of Botticelli, Titian, Caravaggio, Gentileschi and Raphael are joined by contemporary greats such as Alberto Burri and William Kentridge. 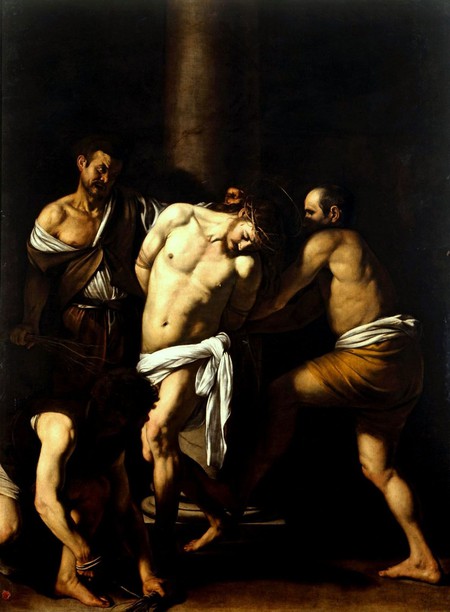 The 19th-century Palazzo Donnaregina was converted into a contemporary art museum in 2005 by Portuguese ‘starchitect’ Alvaro Siza. Situated in the heart of old Naples, Museo MADRE offers a refreshing antidote to the Renaissance, baroque and classical art the city is so famous for. The permanent collection includes specially commissioned installations from the likes of Anish Kapoor and Napoli-born Francesco Clemente as well as works by Jeff Koons, Andy Warhol and Sol LeWitt. Temporary exhibitions are held on the third floor.

Insider Tip: Check the Facebook page for details of upcoming events such as free guided tours, DJ sets and readings. 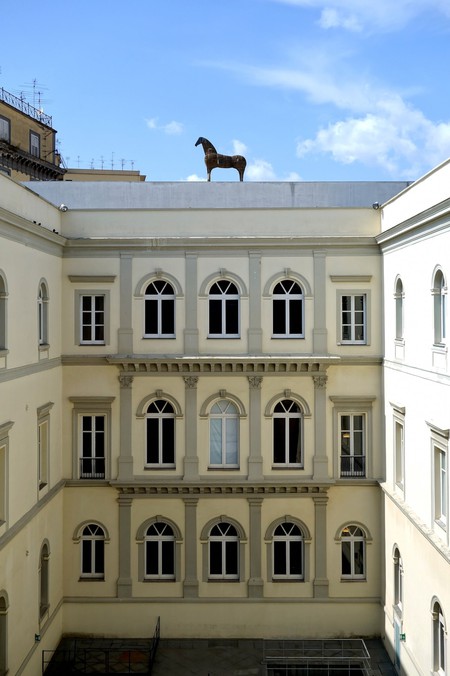 A brisk 10-minute walk from the Museo Archeologico Nazionale is Piazza Bellini, a favourite hangout of Naples’ bohemian crowd. Look out for Spazio Nea – part art gallery, part café – just before you reach the chaos of the piazza. A sweeping baroque staircase flanks the charming courtyard, making it the perfect spot for a light bite alfresco before heading inside to discover works by emerging artists. In the evenings Spazio Nea takes on a cocktail-bar vibe and hosts DJ sets and live music.

Latin for ‘inside the walls’, Intra Moenia is so-called in a nod to the 4th-century Greek city walls found just outside its doors in Piazza Bellini. Since 1989 this literary café has hosted art exhibitions, book readings and live music sessions with a focus on the cultural, social and political. From the artwork on the walls to the rows of books on display, there’s plenty to investigate in this lively spot.

In 2016 the Galleria Alfonso Artiaco celebrated its 30-year anniversary as one of the region’s top contemporary art spaces. Though the original premises were in Pozzuoli just outside Naples, the gallery has been exhibiting work by both Italian and international artists since 1986. It moved to Naples in 2003 and settled in its current location – the historic Palazzo de Sangro di Vietri in Piazzetta Nilo – in 2012. Past exhibitors include Sol Lewitt, Liam Gillick and controversial duo Gilbert & George.

A post shared by Galleria Alfonso Artiaco (@galleriaalfonsoartiaco) on Jan 11, 2018 at 12:32am PST

The Andrea Ingenito Contemporary Art gallery, or AICA, was established in Naples in 2008 with a focus on contemporary art, particularly that of the 60s and 70s. As such their lineup includes pieces by international pop artists such as Robert Rauschenberg, Roy Lichtenstein and Andy Warhol. Joining them are works by top Italian artists such as Alighiero Boetti, Mimmo Paladino and Mario Schifano. Further boosting its reputation, the gallery has opened additional venues in Milan and Capri.

Art in Napoli isn’t just found behind the doors of museums and galleries. The whole city is a canvas with murals, stencil-work and graffiti art to be found throughout the urban landscape. Dive into this often-overlooked side of the city with a street-art tour by Napoli Paint Stories. Led by art historians and local experts, the tours take in the best works by local and international artists such as Cyop&Kaf, Banksy, Blu and Alice Pasquini. 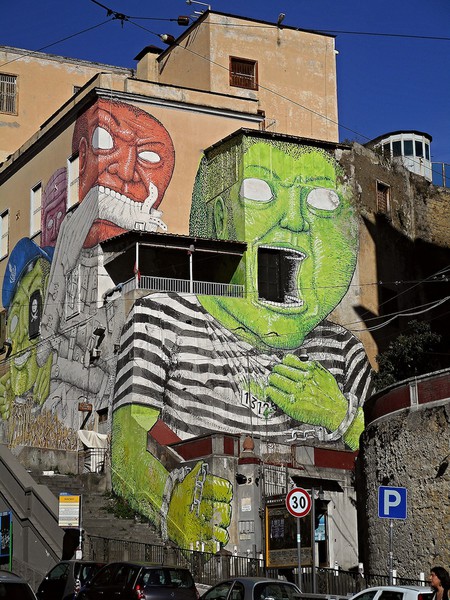 A piece by artist Blu in Naples | © Carlo Raso/Flickr

The latest project of Upnea, a social collective aiming to promote and develop art (and in particular photography) in Naples, Salumeria is a meeting point for food and art. The menu focuses on top-quality local produce often from small producers and ranges from simple soups and charcuterie boards to stomach-busting burgers and creatively filled sandwiches. Check the website for details of upcoming contemporary exhibitions, often Neapolitan themed, held on site.

With a mish-mash of furniture and knick-knacks in every corner, this eclectic osteria is an ideal location to end a day of art in Naples. Headed up by chef Mario Avallone, the restaurant uses premium ingredients from local artisanal producers – making the cured meat and cheese platters an obvious choice to start. Follow with one of the colourful, fresh main dishes such as bucatini pasta with a tomato, anchovy and lemon sauce.