Are These Dishes You Love Authentically Italian? 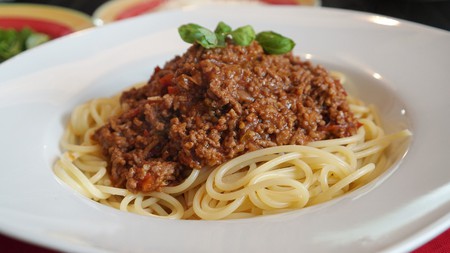 Italian cuisine is popular throughout the world but many dishes that other countries believe to be authentically Italian cannot actually be found in Italy. As Italian culture swept across the world, the lack of available ingredients and a need to appeal to local palates caused many original recipes to be adapted and altered. Here are some of the most famous Italian dishes that are not really Italian at all.

A staple on most Italian menus outside of Italy, ‘spag bol’ is actually an adaptation of a dish from the northern region Emilia Romagna where the slow-cooked tomato and meat sauce is known as ragù alla bolognese and the ingredients are far more simple.Spaghetti was traditionally eaten in the south and is generally served with lighter sauces so the traditional recipe is usually made with tagliatelle pasta whose thicker shape can hold the rich sauce. Keep an eye out for tagliatelle al ragù bolognese to sample the real thing.

Fettuccine Alfredo was invented by Roman chef Alfredo di Lelio a century ago as his take on the classic Italian dish fettuccine burro e parmigiano (fettuccine with butter and parmesan) and became the signature dish at his restaurant in central Rome.The dish gained popularity among the American clientele, particularly film stars Mary Pickford and Douglas Fairbanks, who loved it so much they took the recipe back to the US where various revisions saw the addition of cream. Nowadays very few Italians have even heard of the dish, and aside from at Alfredo’s restaurant, which still serves it, it is rarely found on any menu in Italy. For a similar but more authentic Roman dish order tonnarelli cacio e pepe, fresh pasta served with a sauce of melted pecorino cheese and black pepper. 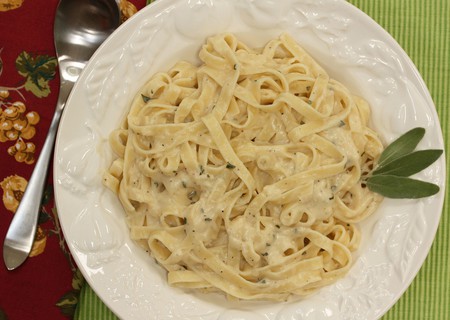 Nothing to do with Julius Caesar, the Caesar salad was actually invented in Mexico by an Italian chef Cesare Cardini, and it spread in popularity as he opened further restaurants throughout the United States. Although a staple of Italian restaurants abroad, asking for a Caesar salad in Italy will mostly be rewarded with a blank look.

The garlic bread served in Italian restaurants and pizzerias around the world is usually made with butter, garlic and herbs and sometimes even topped with cheese, but this version is non-existant in Italy. It is an elaborate variation of the classic bruschetta classica where thick slices of bread are toasted, rubbed with garlic, sprinkled with salt and drizzled with olive oil. 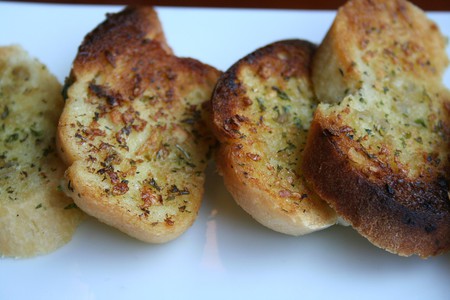 In Italy, meat dishes are generally served very simply; grilled, roasted or maybe stewed with just a few other ingredients. The idea of topping meat wth cheese is very foreign, meaning that Chicken (or Veal) Parmesan will never appear on the menu. The closest relative is Melanzane alla Parmigiana, a layered dish of aubergine, cheese and tomato sauce which is baked in the oven. On a side note, chicken is also never served with pasta or risotto and it is completely unheard of as a pizza topping too.

Perhaps the most iconic Italian dish that is not Italian, both spaghetti and meatballs can be found in Italy but are rarely served on the same plate or at the same time. Pasta is a primo or first dish, and is generally served before the secondo or meat course which is consumed with a contorno or side dish. There are occasionally exceptions in the south where meatballs maybe added to a baked pasta dish such as lasagna, or miniature-sized polpettine could be used to make a pasta sauce, but as a rule the Italians will turn their noses up at the idea of huge meatballs sitting atop a bed of spaghetti. Look out for polpette al sugo to try the more traditional version of meatballs in tomato sauce. 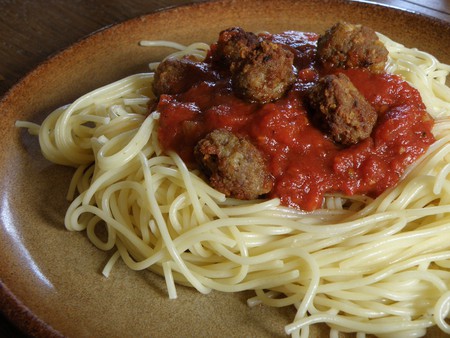 Even Italians are amazed at how popular this is outside of Italy. Penne alla Vodka was curiously a short-lived craze in Italy in the 1970s, and is still thought of as a kitsch dish which has gone out of fashion. Some tourist restaurants put it on the menu as they know that foreigners will order it, but nowadays the combination of cream, alcohol and tomatoes is unlikely to be found in any authentic Italian eatery.

In Italy a pizza con peperoni means a pizza topped with bell peppers (peperoni) which can lead to confusion from those hoping for salami on their pizza. Pepperoni (with two ‘p’s) is an invented word which has come to mean spicy cured sausage in other countries, but doesn’t exist in the Italian language. For a similar dish try a pizza alla diavola or ask for a topping of salame piccante. 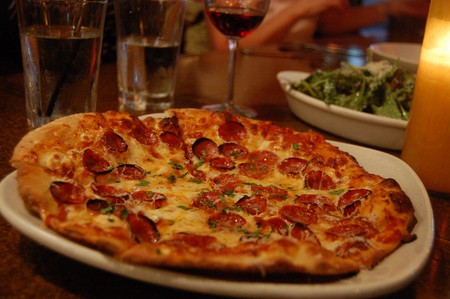