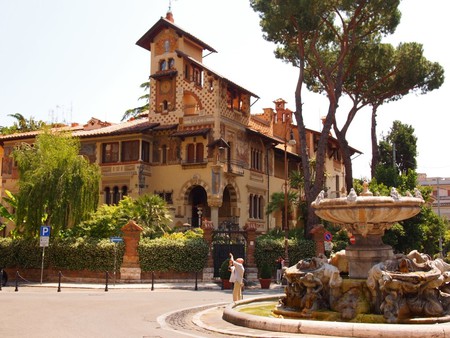 Brimming with whimsical features and elaborate detailing, Coppedè is one of Rome’s most peculiar neighbourhoods. This tiny quartiere, which encompasses just a few streets near the well-to-do Parioli neighbourhood, is a weird and wonderful mix of art nouveau, baroque, medieval and even ancient Greek influences. Designed by architect Gino Coppedè, who worked on his bizarre creation until his death in 1927, this part of town is ripe for exploring – just keep your eyes peeled for these visual treats.

Enter Quartiere Coppedè through the impressive archway just off Via Tagliamento. Replete with fantastical decorative elements like faces, cherubs, crests and animals, the archway is a detail-packed sign of things to come from the rest of the neighbourhood. 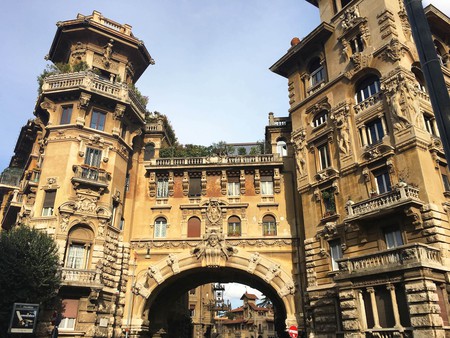 Showing the world that intricate chandeliers are not just for the inside of ornate palaces, Gino Coppedè designed a dramatic outdoor lamp to hang from the entryway of the neighbourhood. At first glance, the dark wrought iron resembles a gothic torture instrument, but delve into the details and you’ll see it actually features a rather cute seahorse motif. 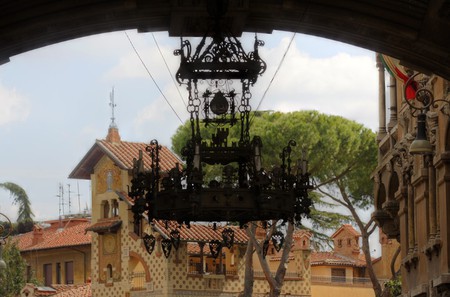 The wrought iron chandelier, with Villini delle Fate in the background | © Nephelim BadTusk/Flickr

At the heart of Quartiere Coppedè is the Fontana delle Rane, or the Fountain of the Frogs. Located in Piazza Mincio, this playful water feature was built in 1924 and is thought to be a homage to the Fontana delle Tartarughe in Rome’s Jewish Ghetto. Rumour has it that the Beatles frolicked in its waters after playing a gig at the nearby Piper Club in the 60s. 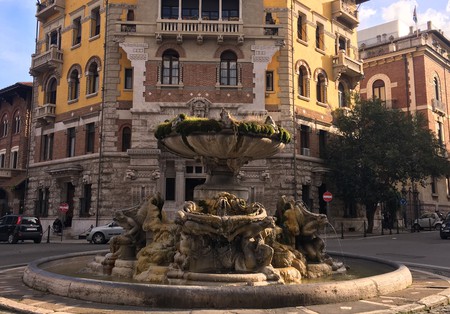 Built between 1916 and 1926, Palazzo del Ragno incorporates a number of architectural styles and building materials. Combining brick, marble, stone and wood, there’s a lot going on here, but keep an eye out for the gigantic golden arachnid that lies in wait above the doorway. It’s this spider, or ragno, that gives the palazzo its name. 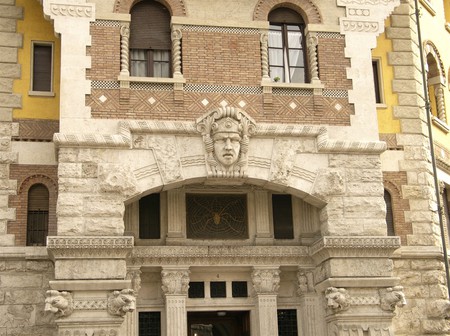 Coppedè’s air of fantasy has attracted a number of filmmakers over the years, but one building in particular seems especially bewitching to directors. Opposite Palazzo del Ragno is an unnamed palazzo with a Renaissance-style loggia and an entranceway adorned with a psychedelic pattern and graphic black and white tiles. This spooky setting was seen on the big screen in mystery-thriller The Perfume of the Lady in Black (1974), Dario Argento’s cult classic Inferno (1980) and horror heavyweight The Omen (1976). 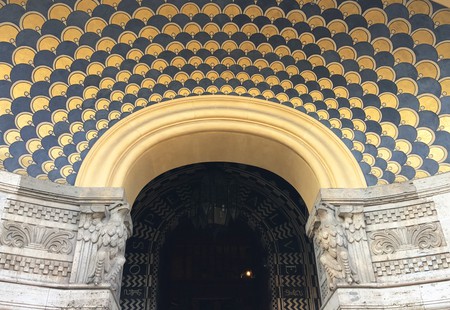 The Villini delle Fate, roughly translating to ‘little houses of the fairies’, is an unusually shaped building, seemingly composed of a jumble of small villas piled on top of each other. There are towers, turrets, arches, columns, cherubs and a façade loaded with detail. A fresco depicting Renaissance Florence, including Brunelleschi’s dome and Palazzo Vecchio, bears the inscription ‘Fiorenza Bella’ and is a tribute to Coppedè’s birthplace. On the other side of the building is a painting of Romulus and Remus suckling their she-wolf mother. 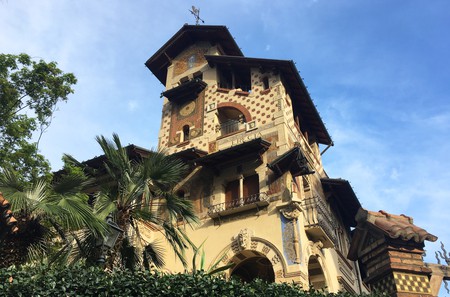