Aqua Et Urbs: The 5 Most Beautiful Fountains in Rome

One of Rome’s blessings for both locals and tourists, particularly in the humid summer, is the abundance of fresh water in the streets. When you walk hours and hours on the sanpietrini, there is nothing better than stopping by one of the small fountains at the corner of the roads and alleviating your burning thirst with a blast of cold water, running at constant temperature from the Appennini mountains to the taps of the Eternal City. 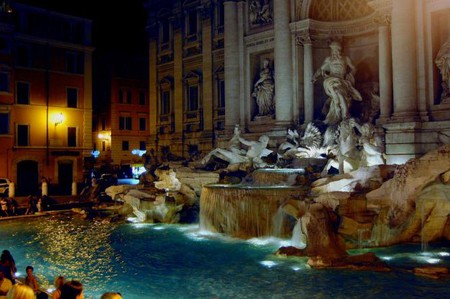 There are hundreds of fountains in Rome, and most of them are hidden on the sidewalks, anonymous but precious to us. Romans call them nasoni due to the tap’s shape that resembles a big nose. But not all of Rome’s fountains are small and modest. Rome’s inhabitants have shown passion for public water since the earliest periods (there were up to 9 functioning aqueducts in Ancient Rome), and through the centuries artists have created glorious, resplendent, eye-catching fountains in order to celebrate the importance of fresh water to the city. The solid (stone, marble) and the liquid merge and cooperate to give birth to spectacular displays.

For those who are curious about the beauty that water can offer to the eye, and how artists have exploited such a beauty, here is the list of the top five decorative and monumental fountains of Rome.

You can’t start a journey of Rome’s fountains without mentioning the most famous and celebrated monument to Roman water. Built in 1762 after a competition between artists that lasted more than a century, it exalts the place where the ancient Aqua Virgo aqueduct entered the city. It displays Ocean, the god of all water, at the center of a huge theatrical stage, with water flowing into a semicircular pool. Tourists throw coins in the pool believing that, by doing so, they are bound to Rome and they’ll come back in the future. The Trevi Fountain is strongly present in Rome’s popular culture, and it shows up in many movies (La Dolce Vita (1960), Roman Holiday (1952), Gidget Goes to Rome (1963), The Lizzie McGuire Movie (2003)). Unfortunately, the Fountain is undergoing restoration, and water won’t flow until 2016. Anyway, it’s still worth a visit and the throw of a coin. 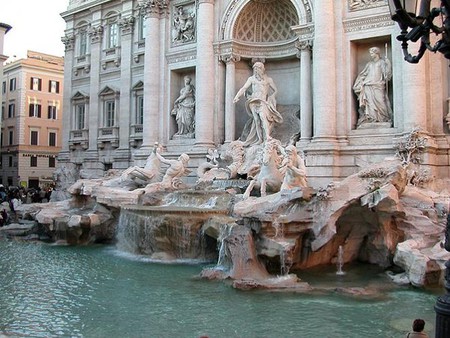 The Fountain of the Four Rivers at Piazza Navona

Piazza Navona, the ancient venue for mock naval battles (naumachiae), is linked to water since its foundation: no wonder that today three fountains ornate it along its axis. The central one is among Gian Lorenzo Bernini’s masterpieces, built under the Pamphili family’s commission and opened to the public in 1651. From the center of a circular basin rise the personifications of four major rivers – Ganges, Danube, Nile, Rio de la Plata –, semi-prostrate in awe of the central Egyptian obelisk. The dynamic fusion of architecture, sculpture and running water makes this fountain revolutionary, for it seems that the statues are constantly changed by the game of drops and lights.A legend is that Bernini positioned the cowering Rio de la Plata statue as if it was fearing the collapse of the church of Sant’Agnese, a work by Bernini’s eternal rival, Borromini. In reality, the fountain was completed years before Borromini began working on the church. 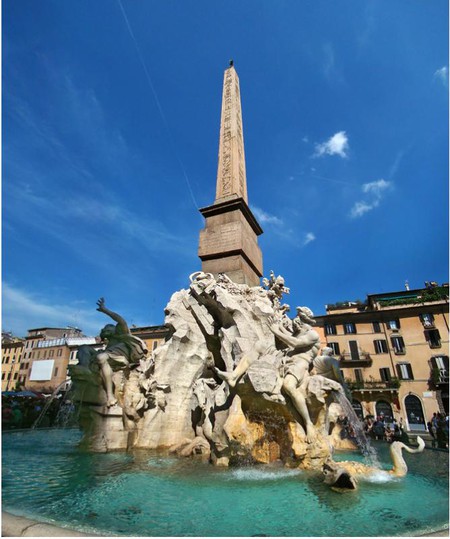 La Barcaccia at the Spanish Steps

Gian Lorenzo Bernini was the favored artist of Pope Urban VIII, and for this reason Rome is full of his works, among which are many fountains. Another great example of his art is the Barcaccia (The Ugly Boat), located at the bottom of the Spanish Steps in Piazza di Spagna. This square is not far from the Tiber, and in 1598 a particularly bad flood filled the square with water up to one meter. Once the water withdrew, a half-sunk boat was left behind in the square. In building the fountain half a century later, Bernini recalled the event and gave its work the shape of a sunk boat. The Barcaccia is another monument Romans are very attached to: last February, after a group of vandals damaged the fountain, many volunteers showed up to clean the Barcaccia and facilitate its restoration. 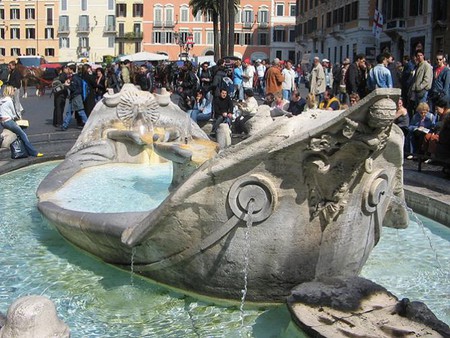 The Turtle Fountain at the Jewish Ghetto

Maybe not among the most famous, this decorative fountain always surprises any visitor passing by. The fountain is located in Piazza Mattei, at the limit of Rome’s ancient Jewish Ghetto, which was delimited by a wall in the 16th century. Originally, there were four dolphins spouting water over the top of the fountain, supported by the upraised hands of four men. But the author of the dolphins hadn’t realized that the water pressure was too low: a very fleeble flow rendered the animals’ mouths useless. Therefore, the dolphins were removed, and in order to balance the composition (the four men’s upraised hands seemed to have no purpose) four turtles were added to the upper basin. This is the origin of the unusual iconography of this fountain, which is today a fun attraction for children, locals and tourists. 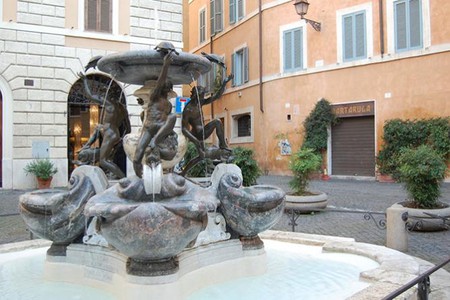 Another monumental fountain dominates the city from Gianicolo Hill, being the most ancient fountain on the other bank of the Tiber river. The monument celebrates both Pope Paul V and water itself: in fact, there are no statues on this fountain (unlike the Trevi one), but five abundant streams pouring through the arches into five marble basins, with an additional semicircular pool for the water that overflows. Romans call it Il Fontanone (The Big Fountain) after its size and position dominating the Trastevere neighborhood. Like Trevi, Il Fontanone is present in popular culture: the opening scene of Paolo Sorrentino’s movie La Grande Bellezza (2013) about Rome, beauty and decay is shot at the Fontana dell’Acqua Paola. 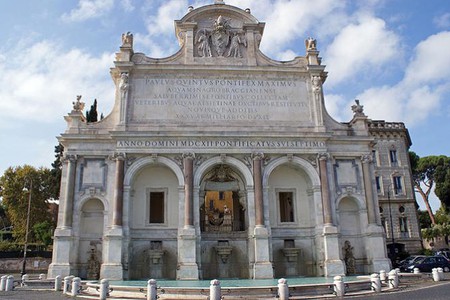