An Introduction To Baroque Art In 12 Works 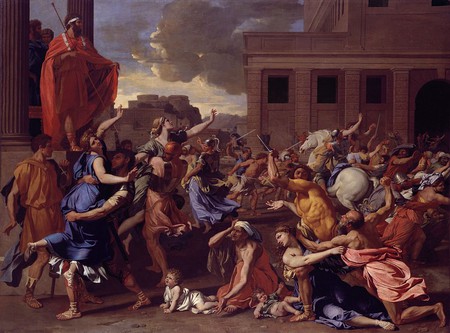 Nicolas Poussin, The Abduction of the Sabine Women | © Metropolitan Museum of Art/WikiCommons

The dramatic lighting, movement, and grandeur of Baroque artworks might remind contemporary viewers of current trends in photography, like the use of high contrast filters and striking subject matter. The majority of Baroque paintings and sculpture were produced during the 17th century, beginning in Rome as part of the Catholic Counter-Reformation that spread across Europe. This list of 12 Baroque artworks provides an introduction to some of the most important works made throughout the period.

The Education of the Princess by Peter Paul Rubens

The work of Peter Paul Rubens, a Flemish Baroque painter, is widely recognized for its movement, fleshy forms, and allegorical and Christian subject matter. Part of a series of works commissioned for Marie de Medici, The Education of the Princess depicts Marie studying. The gods of wisdom and art watch over her while Hermes dramatically rushes down from the heavens with a gift from the gods. 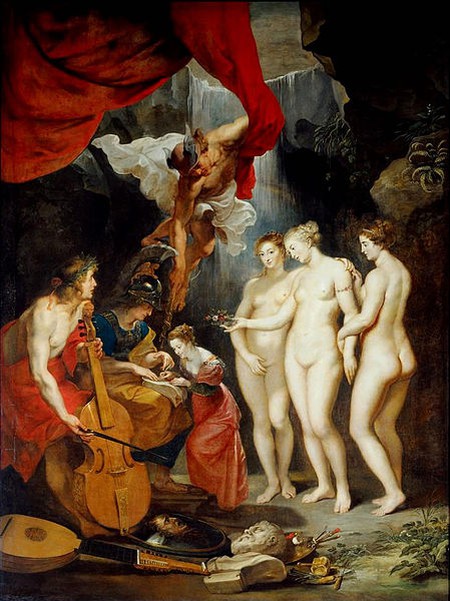 The Anatomy Lesson of Dr. Nicholaes Tulp by Rembrandt

This oil painting made in 1632 by Rembrandt is a famous example of Dutch Baroque art. The scene depicted in this work is a public dissection of an executed criminal that was conducted by the Amsterdam Guild of Surgeons the same year the painting was made. The dramatic lighting, theatrical composition, and the figures’ allusion to Christ impacted the trajectory of Dutch painting at the time and characterizes it as a work of the Baroque period. 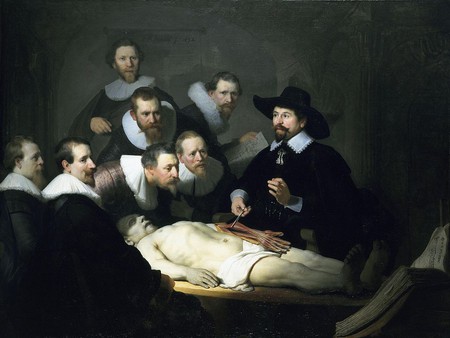 Carved from marble, this sculpture by Bernini is an important example of three-dimensional Baroque artwork. As the primary sculptor during the Baroque period, Bernini is recognized for his ability to portray narrative tension by combining classical forms and technique with attention to emotion and movement. Apollo and Daphne, completed in 1625, represents the moment in Ovid’s Metamorphoses when Daphne changes into a tree. The action and psychological distress depicted in this work make it a significant example of Baroque sculpture. 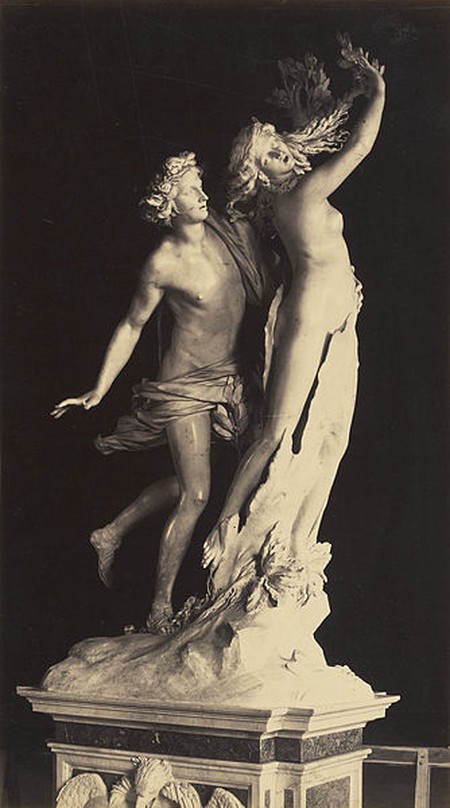 A significant work for several reasons, Judith Beheading Holofernes by Artemisia Gentileschi graphically depicts Judith severing the head of Assyrian general Holofernes with the help of her maid. The work is intriguing because it is a rare example of an artwork by a female painter of the period and has been analyzed by scholars throughout history in relation to her gender. The work, however, is important in its own right, as the dramatic spraying blood and Judith’s determined expression make it a masterpiece of Baroque painting. 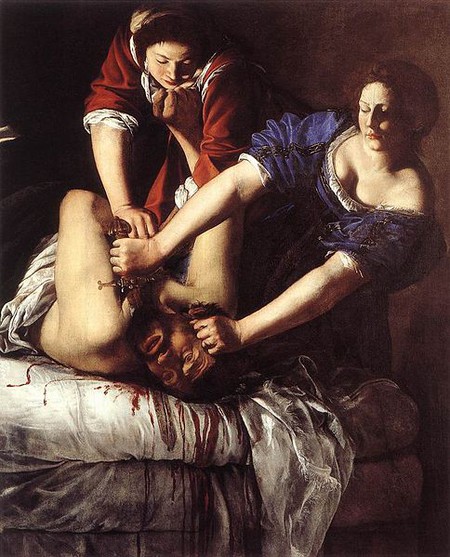 Boy with a Basket of Fruit by Caravaggio

A painter working at the early end of the Baroque period, Caravaggio moved away from the styles of the Mannerists and pioneered his own combination of naturalist depiction from direct observation and the use of tenebrism, a technique of painting employing extreme lights and darks with few middle values. Religious paintings and portraits like Boy with a Basket of Fruit are characteristic of this style and demonstrate Caravaggio’s influence on other Baroque artists. 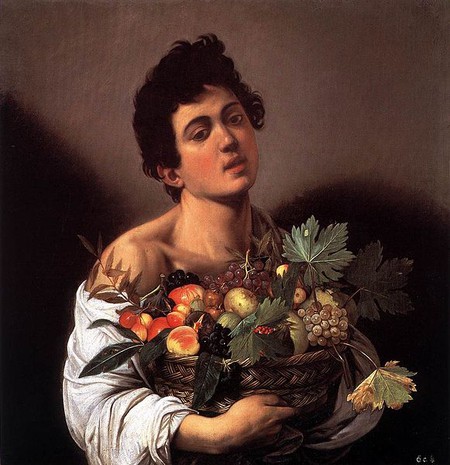 Caravaggio, Boy with a Basket of Fruit | © Galleria Borghese/WikiCommons

The Abduction of the Sabine Women by Nicolas Poussin

Recognized as the foremost painter of the French Baroque style, Nicolas Poussin primarily depicted historical scenes of religious or mythological significance. Unlike the French decorative arts of the period, Poussin’s work is recognizable for its relation to classical subjects and forms, cerebral allegories, and its attention to color and landscape. In his 1636 work, The Abduction of the Sabine Women displays Poussin’s ability to paint events filled with multiple figures in complex arrangements.

Nicolas Poussin, The Abduction of the Sabine Women | © Metropolitan Museum of Art/WikiCommons

Painted in 1656 by Diego Valázquez, Las Meninas is one of the most famous Western artworks ever made and presents a complicated relationship between the viewer, the painted subjects, and the artist himself. While the role of light and shadow in the painting are similar to other Baroque works, Las Meninas also presents unique and complicated questions about a point in time that bridges classical and modern ways of representing the world. 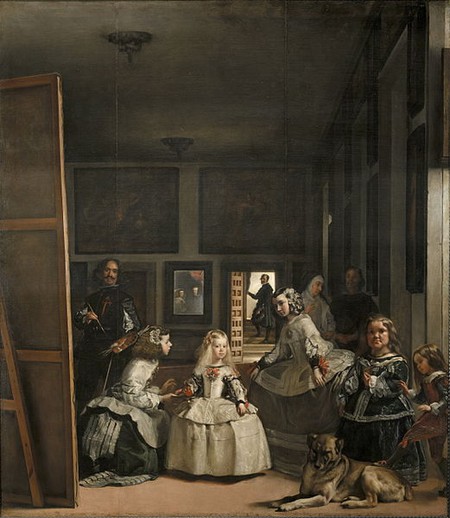 High Altar of the Virgin Mary by Jorg Zurn

A German woodcarver during the Baroque period, Jorg Zurn is known for his ten-meter-high sculptural wall in the Church of Saint Nicholas at Uberlingen. Made from spruce and limewood, The High Altar of the Virgin Mary is replete with figures in motion and the energy of the Baroque style. 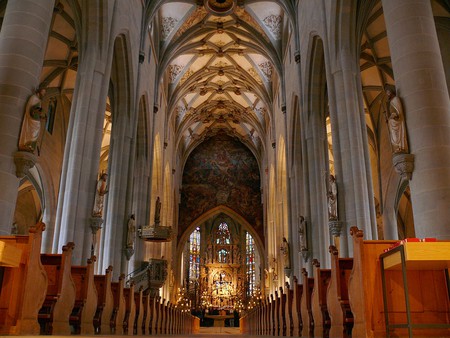 The Geographer by Johannes Vermeer

Painted in 1668 by Dutch artist Johannes Vermeer, The Geographer demonstrates the influences of the Baroque period on Dutch painting. Natural light streams into the room depicted in the painting, creating deep shadows and golden highlights. The geographer is dressed in Japanese robes and gestures to the map in front of him while his gaze is directed out the window. While clearly distinct from the Baroque imagery of Italy, the energy and light in Vermeer’s work is characteristic of the Baroque period in Northern Europe. 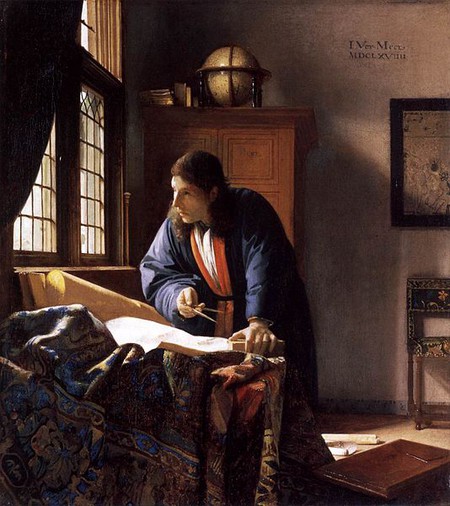 Rubens and Bruegel collaborated on as many as 25 works together. Researchers speculate that The Battle of the Amazons was designed by Bruegel. Through analysis of the brushstrokes in the work, the figures in the lower half of the image have been attributed to Rubens, while the landscape has been attributed to Bruegel. 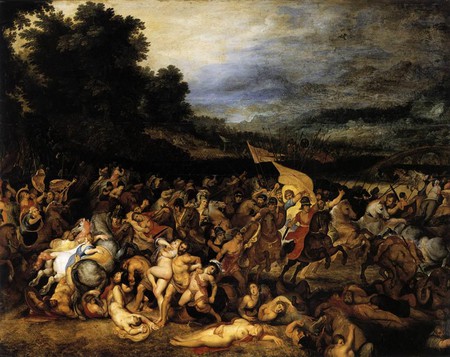 Peter Paul Rubens and Jan Bruegel the Elder, The Battle of the Amazon | © Sanssouci Picture Gallery/WikiCommons

The Burial of the Count of Orgaz by El Greco

Painted in 1586 by El Greco, The Burial of the Count of Orgaz illustrates a Spanish legend from several centuries prior about a count who donated such great sums to the Church of Santo Tomé that Saint Stephen and Saint Augustine came down from heaven to bury him when he died. The high contrast in the painting and movement suggested by the many figures in the work characterize it as an example of early Baroque painting in Spain. 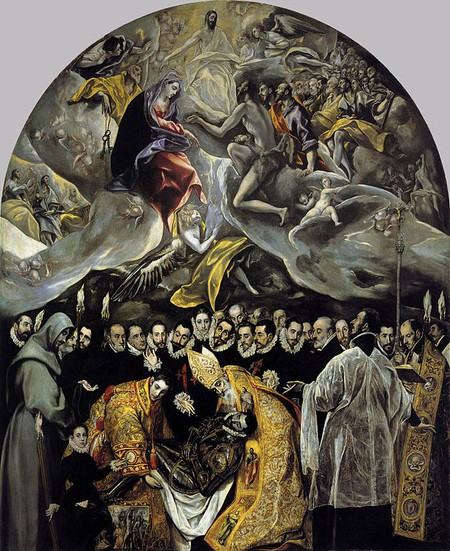 Famous for his use of tenebrism, Georges de La Tour is known as part of the French Baroque movement. Joseph the Carpenter depicts Jesus working with his father Joseph. The deep shadows and direct light in the piece, as well as its allegorical references to the crucifixion, make it a prime example of Baroque painting. 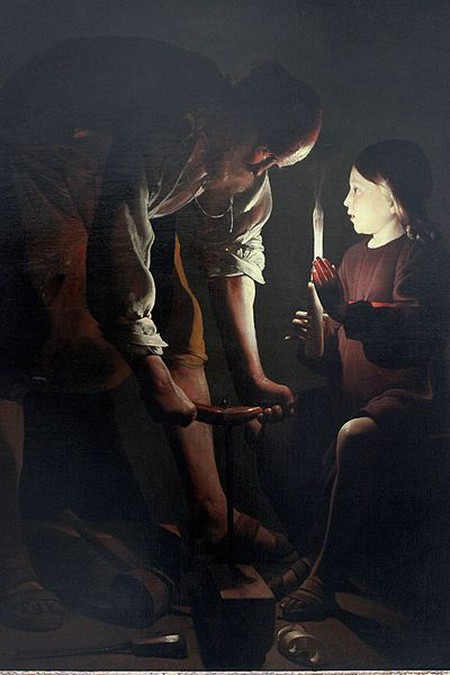