An Insider’s Guide to Testaccio, Rome 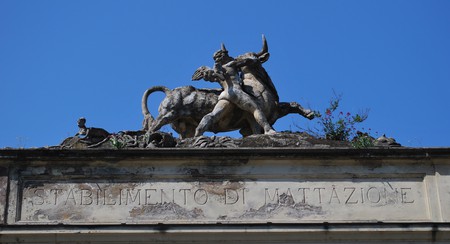 Often called one of the last true residential neighbourhoods in Rome’s historic city centre, Testaccio is a throwback to a bygone era. Here’s how to explore this district, with help from the people who know it best. 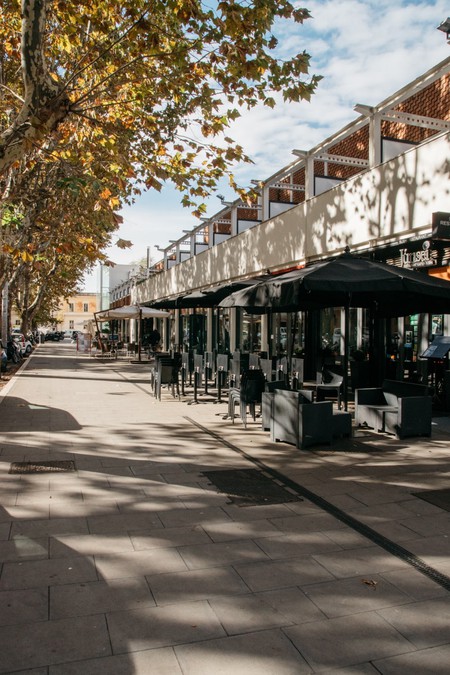 Named after the artificial mountain composed of amphorae (wine jars) dating back to antiquity, Testaccio was one of the Roman Empire’s major trade hubs. Over the years, Rome’s 20th rione (district) became home to the city’s lower class, who relocated to support the construction and working of the slaughterhouses. Today, this working-class district has become one of the capital’s most popular food destinations, with its distinctive offal-based cuisine drawing in tourists from around the world. But despite the rapid gentrification and flow of visitors, Testaccio remains at its heart a small village in the middle of Rome. 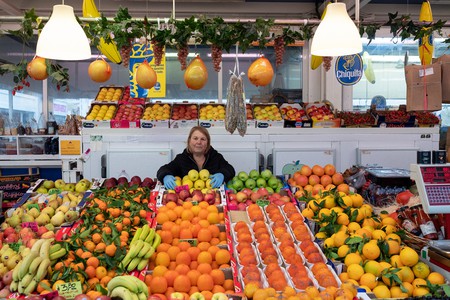 Where to start the day

Testaccino is a newly reopened café that seems like the true centre of the neighbourhood – it feels like half the area takes it in turns popping in here throughout the day for a quick morning coffee, a bite for lunch or an early-evening aperitivo – or all three. Originally opened in 1968, it’s now under the second-generation ownership of Sandro Boattini. The interiors may have been renovated in 2017 to give a more modern look, but the atmosphere is still very much that of one of an old-style Italian café. Sandro, Laura and the rest of the staff always seem to be in the know – whether it’s some local community event taking place or a new apartment opening up, “just ask Sandro, he’ll know”, says Testaccino regular and nearby shop owner, Federica.

In recent years, Mercato Testaccio has become more of a tourist attraction than a local market; if you’re looking for a more authentic shopping experience Oasi della Birra/Enoteca Palombi is a must-visit. Drop into this mom-and-pop hybrid restaurant and bottle shop for a vast selection of beer, Italian wine, sweets and coffee, accompanied by a friendly and efficient service. There’s also only one place to go for your cheese and meats, and that’s Salumeria Volpetti. A neighbourhood landmark, this deli has been offering the highest quality gourmet specialities (Italian and international) for nearly 40 years, with an equally high calibre of staff, who are both knowledgeable and passionate about the shop’s wares. 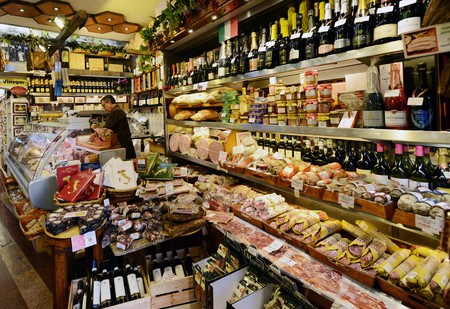 According to sommelier and walking tour guide Marco Gargiulo, there are some sites in Testaccio you just can’t miss. One of these is the district’s most recognisable landmarks – the ancient Piramide di Caio Cestio near Porta San Paolo. This unusual structure was built as a tomb for Gaius Cestius in about 18-12 BC. If you want to go inside, plan accordingly; visits to the interior chambers are only possible on Saturdays from 10am to noon.

“A few steps away from the Piramide di Caio Cestio and lined by the ancient Aurelian walls, the non-Catholic cemetery is an oasis of peace and mediation away from the continuous traffic chaos of Rome,” Marco says. “A walk through the perfectly kept gardens and the narrow pathways of this 300-year-old gem, which is the resting place of many artists, poets, sculptors and writers (among others), is a perfect cure for our stressed souls.” Some of the greats who have been laid to rest here include Keats, Shelley and, most recently, Andrea Camilleri. The cemetery is open daily from 9am until 4.30pm, with a €3 donation going towards upkeep.

Another of Marco’s top picks is Mattatoio (ex Macro Testaccio). A former slaughterhouse from the late 1800s that was fully operational until 1975, it has since been turned into a contemporary exhibition and performance space. Despite its transformation, you can still see traces of the old slaughterhouse in the architecture, which is both cool and a bit eerie. Testaccio is also home to many theatres, with Teatro Vittoria probably the most famous. Support the local arts and check out a performance, or take in some live music at Scuola Popolare di Testaccio. 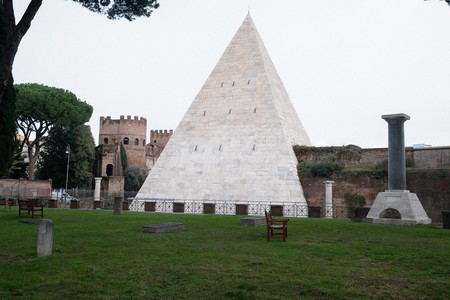 Testaccio is known for its distinctive offal-based cuisine; once a necessity in this working-class area, the humble food has been elevated to new heights. For lunch, head to Trentatre – at night it’s a lounge bar, while in the day it’s a chic tavola calda (cafeteria-style) restaurant. Catering to the nearby students on a budget, the restaurant offers a full meal (primo, secondo and side) for a mere €5. “Everything is home-made and seasonal, with helpings that are incredibly generous,” says Laura of Testaccino. For something more casual, pick up a Trapizzino. A modern Roman street food, these pizza pockets are stuffed with everything from trippa (intestines) and lingua (beef tongue) to chicken cacciatore and aubergine parmigiana.

As befits an up-and-coming district, there are also numerous restaurants that provide an elegant setting to try Testaccio’s cuisine. Taverna Volpetti, a deli-inspired restaurant, takes the high-quality ingredients and products from its shop to create an Italian menu that changes every six months – save room for the amazing tagliere (charcuterie board) selection of the day. To experience a neighbourhood institution beloved by residents, hit up Checchino Dal 1887. One of the area’s oldest restaurants, Checchino has been family owned and operated for six generations, and the hearty food is Testaccio on a plate.

For homestyle food, head to Piatto Romano; with walls covered in works by local artists, the heart of this restaurant is literally in the kitchen and with owner Andrea D’Alfonsi. He’ll give you a welcome that makes you feel like you’re sitting down for dinner at his home, and is happy to guide you through the classic Italian menu. (If there’s a roast on the menu, do yourself a favour and order it.) Along with Ristorante Antico Forno a Testaccio, which serves up the best lasagne and ciambelle al vino (cookies made with wine) in the neighbourhood, Piatto Romano is one of the few restaurants open on a Sunday.

Testaccio is also home to a number of great bars where you can wind down your evening – and plan a return visit. 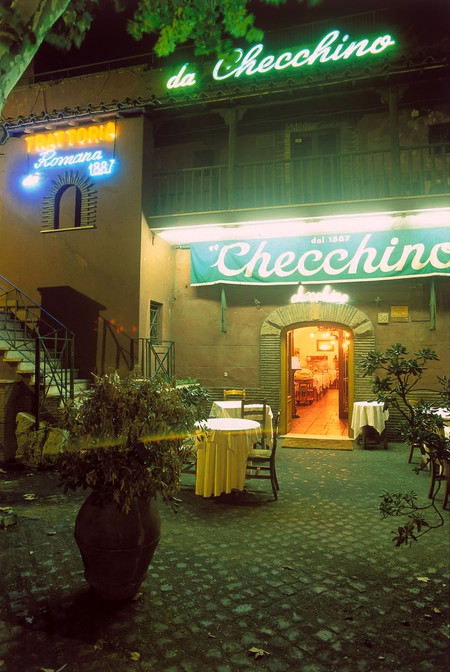