After 3 Years, the World's Best Gelato Has Been Found 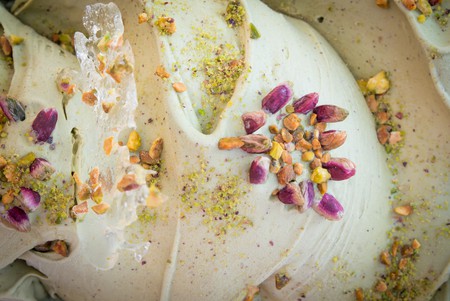 After a three-year competition which included 1,800 gelato-makers taking part in preliminary rounds across three continents, the world’s best gelato has been found. The prestigious title, of course, was won by an Italian; Alessandro Crispini of Gelateria Crispini in the Umbrian town of Spoleto.

Organised by Carpigiani Gelato University (yes, ice cream school really exists), the Gelato World Tour travelled across three continents in search of the tastiest frozen flavours. In what must have been a gruelling three-year selection process, 36 finalists from 19 countries were chosen to take part in the Grande Finale held in Rimini, northeast Italy.

Over 2500kg of gelato was produced during the three-day event that attracted over 50,000 visitors keen to sample a scoop or two from the world’s top gelato artisans. The competition included challenges such as the ‘Stack it High Show Down’ where contenders had to create the tallest ice cream cone, as well as demonstrations and workshops on the art of gelato making.

In the end though, it all came down to taste, and the jury, comprised of 45 gelato experts, chefs and journalists, crowned Alessandro Crispini with the top prize of world’s best gelato. 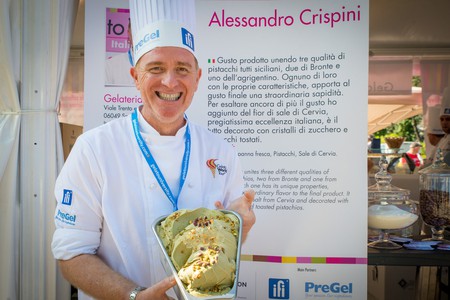 The flavour of the winning scoop? Pistachio.

Crispini’s winning recipe is made with three different varieties of Sicilian pistachio, two from Bronte and one from Agrigento, which are slow-roasted for 24 hours.

Pistachios from Sicily are especially sought after by chefs due to their perfumed flavour and intense green colour. These prized pistachios were enhanced further with the additional of sea-salt from Cervia in Emilia-Romagna. Crispini revealed more about his winning recipe;

“Pistachio may be considered a banal flavor, but through an in-depth study of the raw materials I created something only apparently simple but in fact very complex. The three varieties of pistachio are roasted for 24 hours, then seared with sugar and Madagascar vanilla berries. I’m honoured the flavor was so much appreciated!” – Alessandro Crispini

The world’s best gelato can be found at Gelateria Crispini everyday between 12:30PM and 12AM.