According to Science, Everyone Might Have Got the Pompeii Masturbator Wrong 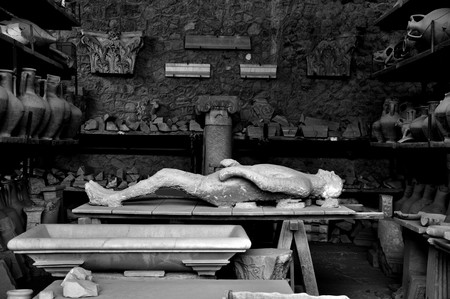 The famous photo released by the Pompeii Parco Archaeologico on Instagram back in June, that seemed to bring new meaning to the phrase, ‘live free or die hard’ and spurred a wave of memes across the internet, has recently be assessed by scientists. Their conclusion as to why the man may appear to be really relishing in his last few minutes of life now has some new facts that alter our dirty-minded assumption of what was actually happening.

Mt. Vesuvius popped its top in 79 AD, completely annihilating the metropolis of Pompeii and with it a population of 16,000 citizens that resided there. Many appeared to be left, frozen in time by the lava and volcanic ash that blanketed the land and unearthed beneath heaps of wreckage. This contributed to the discovery that led scientists to believe that not everyone’s body reacted the same way to the impact of this extreme heat. Apparently the noted masturbator of Pompeii was likely effected by the tide of pyrcolastic gas and volcanic matter that was dispersed from Mt. Vesuvius that day sending his body into shock in reaction to the intense temperature. 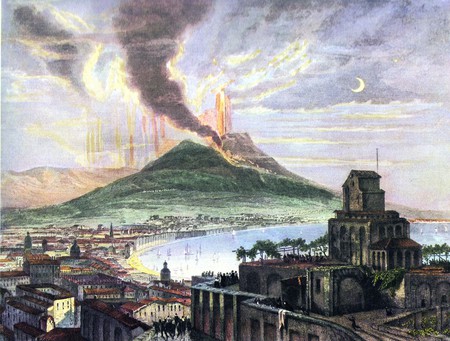 Pyroclastic gas can consist of large fragments of rock and debris paired with the cloud of ash hurdling through the sky during that time. This lethal gas reaches up to 1,800 degrees and can move at 430 mph in speed. Once struck by this combination of hell fire-esq matter the body contorts, contracting limbs and shifting into odd positions beyond their control due to the severe heat. Many remains at Pompeii were found in these strange, twisted shapes yet weren’t found to be quite as entertaining and funny as our masturbator man. 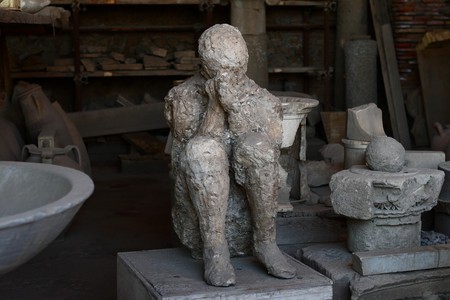 Scientists have asserted the fact that even if the famous masturbator of Pompeii was indulging in some hand to gland combat at the time, this ashy remain would have been formed after the pyroclastic gas and ash had effected him, and it simply solidified him in a very unfortunate position. Despite this new information scattering throughout the internet world, it has not halted the hysterical uproar of memes and wisecracks revolving around the historic image, and can you really blame anyone? Although the Pompeii Masturbator theory has been foiled, it will echo on throughout the internet in the form of an amusing joke for all of us to enjoy.