A Venetian’s Guide to Carnival 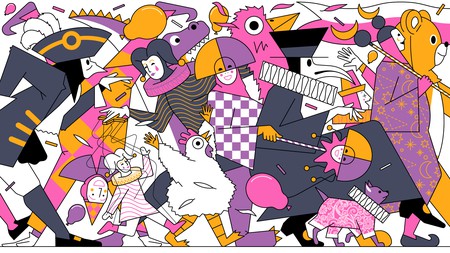 Every year, tourists from all over the globe flock to Venice’s lagoon for the city’s most famous celebration, Carnival. But how do the Venetians themselves participate in the revelry, and most important, how can you make the most of this fortnight of festivities? Here, writer Iris Pasé, born and raised in Venice, shares her tips, and those from other city residents, on how to enjoy Venice’s Carnival to the fullest.

A Carnevale, ogni scherzo vale! (Anything goes at Carnival time!) is a Venetian saying that perfectly encapsulates the freedom and excitement of this time of year in the city. Any joke, trick or oddity is allowed during Carnival, which reflects the fact that it originated as a ritual that relied on role reversal. These festivities aim at disrupting social roles and norms; the poor could play the rich, the married could play the single, and the citizens of Venice could cast off their true identities in search of boundless pleasure. When you’re hidden behind a mask, the world is your playground.

The Carnevale typically takes place during February, just before the 40 days of fasting of the Christian Lent. In fact, the word carnival itself derives from the late Latin carne levare (to remove meat), representing the plain diet that was supposed to be followed through Lent. Carnival was intended to be the last, hedonistic celebration before this time of frugality.

Nowadays, celebrations include parades, masks, street parties and grand masquerade balls, which have become popular all over the world. However, Venice remains the core of the Carnival craziness and grandeur, a dizzying and indulgent celebration that draws in visitors from every corner of the globe. In this piece I’ll guide you through this magic fortnight, drawing on local knowledge from Venetian residents to give you the best tips to make Venice’s Carnival an unforgettable experience. 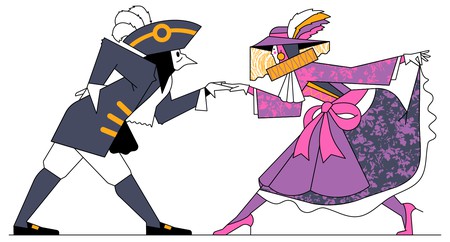 Where to stay in Venice during Carnival?

Venice is crowded even in the off-season, and Carnival is arguably the city’s busiest time of the year. Therefore, it’s vital to book accommodation and travel plans well in advance to both have a wider choice and save some money. If you’re not lucky enough to have a Venetian friend to crash with, my pro advice is: it’s never too soon to book!

In regard to areas, being close to the city centre is both convenient and tricky. Anywhere close to Piazza San Marco will cost a fortune, but there are plenty of other sestieri (Venetian neighbourhoods) to stay in without leaving the intoxicating atmosphere of the old town. Marco Bressan, a young Italian student who has been participating in the Carnival since he was seven, says: “The best areas for accommodation are Dorsoduro because it’s so close to the train station and has the most colourful canals; and Castello, which is just a few minutes from St Mark’s Square and perfect to meet real Venetians, which gives it that local feeling that is missing in so many places in the city.” Mestre is also a great place to look for your accommodation – based on the mainland, just a stone’s throw away from the main island of Venice, it’s less crowded and expensive than the city centre yet makes it easy to reach the revelry via bus or train.

What are the main events of Carnival?

In 2020, celebrations will start on 8 February with the Festa Veneziana sull’acqua, a water parade of colourfully decorated boats that sail along the Grand Canal to the lovely district of Cannaregio. The event ends at roughly 1pm, just in time to enjoy a traditional lunch in the nearby Jewish quarter; dishes like salt cod and artichokes are typical of Venetian-Jewish cuisine and will provide the perfect fuel for the rest of your celebrations.

Another popular event is the Festa delle Marie, a costumed parade of 12 young Venetian women who walk from Via Garibaldi to Piazza San Marco. This event arises from an old Venetian tradition, whereby the Doge (the leader of the city) offered 12 beautiful but poor Venetian maidens an array of magnificent jewels as a dowry, and threw them a lavish wedding far beyond what they could have afforded. Today, the parade is no longer a bridal parade but instead a beauty pageant; the “Marias” are dressed in fine costumes, and at the end, the most beautiful among them will be chosen.

However, the most popular event of the whole Carnival season is the Volo dell’angelo (Flight of the Angel), which sees a crammed St Mark’s Square hosting the Angel, usually the winner of the previous year’s Festa delle Marie, flying along a rope from San Marco bell tower, dressed in an awe-inspiring white costume. The event starts at midday, but if you want to see it, make sure to get there really early to beat the crowds. 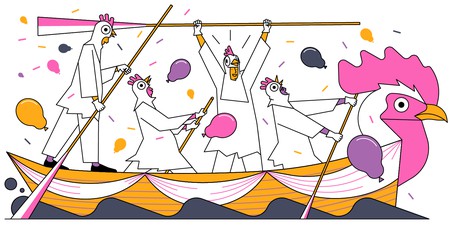 What should I wear to Venice’s carnival?

Veronica Calonego, a local bookseller with a not-so-secret love for masquerade, has one piece of advice for those visiting Venice. “If this is your first Carnevale, you need to go to a ball.”

The traditional masked balls are the height of opulence, with guests dressing in luxurious costumes that draw inspiration from 18th-century Italian fashion. “Those looking for that decadent vibe, dying to experience the luxury of a Venetian past, should definitely go for a traditional costume and attend an exclusive party,” Veronica says. You’ll find that most palazzos and venues host such parties in Carnival season, but you must book your ticket in advance as the best locations (such as the Renaissance-style palazzo Ca’ Vendramin Calergi) will book up months before Carnival.

A grand Venetian gown may make you feel like a princess, but unless you have the budget of one it may not make sense to buy one for a single night of revelry. Many people rent costumes, with companies such as Atelier Flavia making high-quality costumes available to hire for a day or longer, so you can feel like royalty without breaking the bank.

However, if fancy dresses and mysterious parties don’t appeal to you, Carnival still has plenty to offer. Many Venetians take to the streets in nothing more elaborate than a simple eye mask and a cape, a comfortable costume that makes it easy to move around. For those looking for a last-minute Carnival make-up, you’ll find wandering make-up artists on Venice’s streets offering their expert services for as little as €10 (£8.50).

And traditional costumes are far from the only option; in the craziness of the Carnevale, it’s not unusual to see elaborately dressed Venetian dames in wigs walking alongside those dressed as dinosaurs and superheroes. At Carnevale, you can be whoever you want to be.

What should I eat at Carnival?

Italian Carnevale is synonymous with two things: crostoli and frittelle, both fried desserts. The first, crostoli or galani, are paper-thin fried sheets of sweetened dough. They are best enjoyed with an Italian espresso to ward off the February chill, eaten outside while overlooking the lovely canals and admiring the strange characters roaming the Venetian streets.

The frittelle, or fritole, are Venetian doughnuts that can be stuffed with raisins, chocolate, pastry cream or even apples. They are slightly crunchy outside, soft inside and delicately covered in sugar.

Ilaria Donazzon, a resident of Mestre and student at Ca’ Foscari University in Venice, says that this snack is an intrinsic part of the celebrations. “Carnival is not Carnival without frittelle!” Her favourite place to buy them is Pasticceria Tonolo, a Venetian institution that is packed from morning to evening throughout Carnival time; but it’s more than worth braving the queues for these sweet treats. 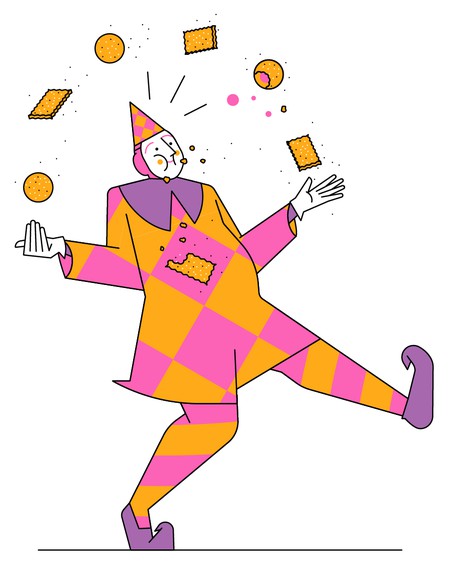 Take the Carnival home with you: buy a mask!

Both great souvenirs and the symbol of the city, masks can be found anywhere in Venice. From tourist shops to proper mask shops, Venice offers a wide variety of products, ranging from the classic bauta (a full-face mask that protrudes outwards below the nose, allowing the wearer to eat and drink normally) to the less-well-known la Ruffiana (an older woman in heavy make-up). One of the most famous and recognisable masks is the Plague Doctor. This sinister piece dates back to the 17th century when doctor Charles de Lorme adopted the mask in an attempt to avoid contagion while treating plague victims. Less macabre but just as popular is the character of Arlecchino, who is depicted as a boy dressed in a multicoloured costume and a black mask.

Although most masks you’ll find in the souvenir shops are actually mass-produced, you can still get them handcrafted in several artisanal shops spread around the city. As a local, I would personally recommend attending a workshop to learn how to decorate your own Venetian mask, making it a truly unique and personalised souvenir to remind you of your time in Carnival. The best place to do so is Tragicomica, located just a few steps after Campo S Tomà, which allows you to create masterpieces with feathers, lace and glitter.

The Carnival is the busiest and best time to visit Venice, its streets buzzing with people from all over the world coming together to celebrate this ancient festival. Open to everybody, regardless of age and wealth, Carnevale is a time of true freedom; so what are you waiting for? Book the ticket – after all, a Carnevale, ogni scherzo vale!