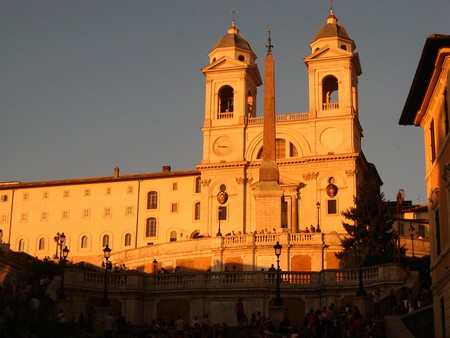 The picturesque streets and theatrical monuments of the Italian capital are often described as a living movie set, so it is no wonder filmmakers have for many years been choosing the Eternal City as a backdrop to both Hollywood blockbusters and small independent films. Here is a guide to the most iconic movie locations in Rome.

This 1953 classic sees Audrey Hepburn and Gregory Peck showcase some of Rome’s biggest sites including the Spanish Steps, Pantheon and Colosseum.

One of the most famous scenes takes place at the Bocca della Verità (Mouth of Truth), an ancient drain cover located in the portico of the church of Santa Maria in Cosmedin which was once said to chop off the hand of liars. In the film, newspaper reporter Joe Bradley (played by Peck) pretends to lose his hand, frightening Hepburn’s Princess Ann. Fans of the movie still line-up to re-enact the famous scene and take photos with their hand in the mouth.

Italian film director Federico Fellini is famed for his depiction of both the beautiful and ugly sides of Rome during its heyday of the 50s and 60s, when the glamorous set would hang out in the glitzy bars and restaurants of Via Veneto. The 1960 film La Dolce Vita contains possibly the most iconic of all Roman movie scenes, and the vision of Anita Ekberg wading through the Trevi Fountain in her ballgown can be seen on pictures and postcards throughout the city. 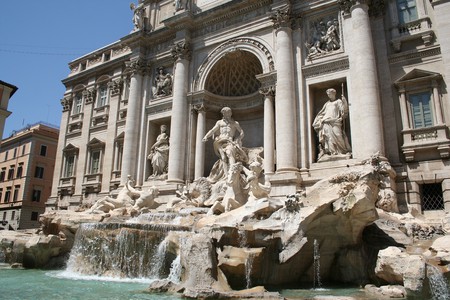 Dan Brown’s famous novel was made into a Hollywood blockbuster in 2009, and prompted hoards of visitors wishing to retrace the footsteps of Tom Hanks’ intrepid professor Robert Langdon. The story centres around the Vatican (which was recreated by computer by film director Ron Howard due to filming restrictions) but Langdon’s scavenger hunt through Rome covers all of the city’s highlights. Raphael’s Chigi Chapel in the church of Santa Maria del Popolo and Bernini’s Ecstasy of St Teresa in Santa Maria della Vittoria are given starring roles as is the papal fortress of Castel Sant’Angelo. 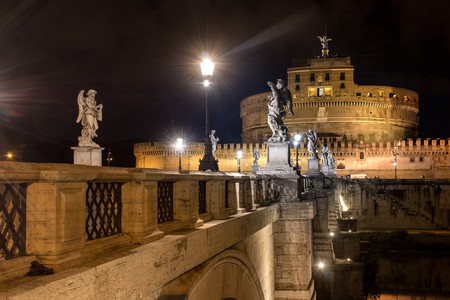 This famous Julia Roberts movie features a significant section filmed in Rome as the character of Elizabeth heads to Italy for the ‘Eat’ portion of her journey. Viewers follow Roberts through the Eternal City as she wanders the streets from her apartment on Via dei Portoghesi, through the leafy Piazza Febo, to Piazza Navona where the movie’s poster shows her eating a gelato on a bench in front of the church of Sant’Agnese in Agone. 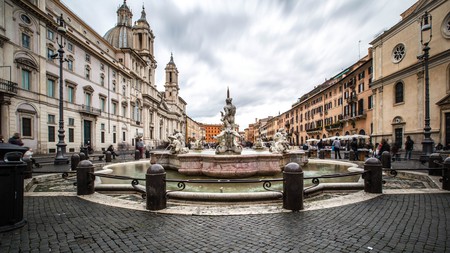 To Rome with Love

Woody Allen’s To Rome with Love is a love letter to his beloved Rome and, while most of the big attractions are featured, it is the scenes in the winding, cobbled backstreets which are most memorable. Showing off the quiet alleyways, terracotta hues and ivy-covered buildings of the Trastevere and Monti neighbourhoods, as well as the beauty of small piazzas such as Piazza Mattei in the Jewish Ghetto, with its famous Turtle Fountain, creates an intimate, romantic vision of the Eternal City. 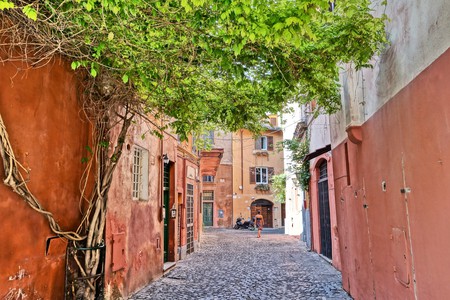 Paolo Sorrentino’s 2013 film The Great Beauty once again put Rome on the movie map when it won a host of awards including the Oscar for Best Foreign Language Film. The story tracks the hedonistic but ultimately empty life of socialite Jep Gambardella with the wonders of Rome as a backdrop. The camera sweeps across the Roman skyline and showcases many of Rome’s attractions, such as the stunning Fontana d’Acqua Paola (also known as Il Fontanone) on the Gianicolo hill, the imposing Bathhouse of Caracalla and the ancient aqueducts of the Parco degli Acquedotti, while Jep’s fabulous penthouse in the Celio neighbourhood boasts an envy-inducing view of the Colosseum. 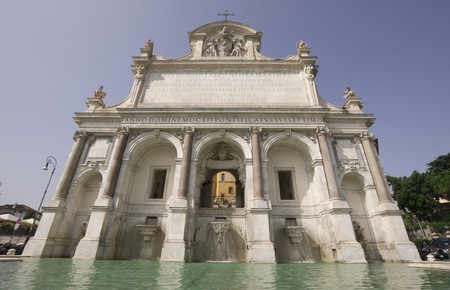