A Tour of Bernini's Masterpieces in Rome 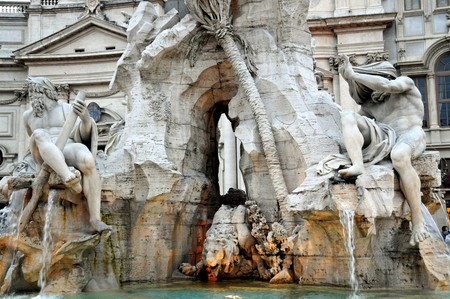 The works of the sculptor and architect Gian Lorenzo Bernini can be found around every corner of the Italian capital, from awe-inspiring statues to the design of some of the most famous fountains and piazzas. Here is a guide to some of the most important and recognizable masterpieces of Rome’s Baroque genius.

Book Now
Inside, the main altar is covered by Bernini’s spectacular bronze and gold baldacchino,which at 29 metres high stands proudly beneath Michelangelo’s enormous dome. Under the orders of Pope Urban VIII Barberini, the bronze for the sculpture was obtained by melting down decorations from the Pantheon.

if(typeof(jQuery)=="function"){(function($){$.fn.fitVids=function(){}})(jQuery)}; jwplayer('jwplayer_nf8AFPzL_RnIdcM25_div').setup( {"playlist":"https:\/\/content.jwplatform.com\/feeds\/nf8AFPzL.json","ph":2} );
At the back of the church, Bernini was also responsible for the decoration around the Chair of St Peter, another elaborate work in bronze, and to the rear left is the celebrated Monument to Alexander VII which depicts not only the pope but a bronze skeleton with an hourglass, reminding the viewer of the fleeting nature of time. Other works in St Peter’s include the Tomb of Urban VIII and the statue of St Longinus, both of which show Bernini’s mastery in marble and bronze.
Open In Google Maps
Piazza San Pietro, Città del Vaticano, 120, Vatican City
+39066982
Visit Website
Give us feedback

The piazza in front of the charming church of Santa Maria Sopra Minerva, situated near the Pantheon, is home to the so-called ‘Bernini Elephant’, sculpted as the base of an Egyptian obelisk which was discovered in the area. The meaning of the image is unknown but existing plans for the monument show various designs by Bernini, before he eventually settled on a benevolent face for the elephant. Inside the church there is another Bernini work, the Monument to Maria Raggi, a nun who lived nearby. The monument is attached to a pillar along the nave and was a revolutionary style of sepulchral monument with its flowing drapes of gold and bronze. 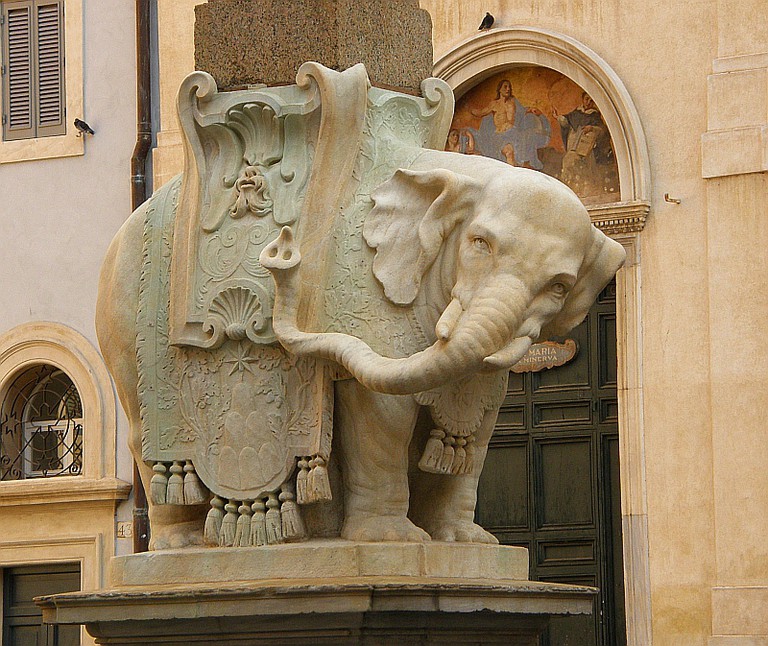 Church
Facebook
Email
Twitter
Pinterest
Copy link
Share
Map View
Bernini’s Fountain of the Four Rivers is one of his most famous works and it is found in pride of place in the centre of Piazza Navona. Built to support the obelisk (a Roman imitation of the Egyptian obelisks), the immense sculpture combines rocks, plants and trees interspersed on each corner by figurative representations of the major rivers in the four discovered continents at the time: the Ganges, the Nile, the Danube and the Plate. Bernini studied the flow of the water through the fountain, adding sea creatures to create a gushing noises. The imposing monument was created in direct competition with Bernini’s great rival Borromini who designed the façade of the church Sant’ Agnese which stands before the fountain. Indeed, legend says that the figure of the Danube is covering his eyes as a symbol of Bernini’s disdain.
Open In Google Maps
Piazza Navona, Roma, Lazio, 186, Italy
Give us feedback
Book Now

The beautiful statues which line the Ponte Sant’ Angelo bridge were commissioned by Pope Clement IX in 1669 to replace the former, damaged sculptures. The 10 new angels, which are each holding an object of Christ’s Passion, were designed by Bernini and carried out for the most part by his students. Two of the sculptures, The Angel with the Scroll and The Angel with the Crown of Thorns, were sculpted by Bernini himself along with his son Paolo. These two Bernini originals were eventually kept by the pope for his own collection and copies were placed on the bridge. They can now by found in the Church of Sant’ Andrea delle Fratte, located close to Piazza Barberini. 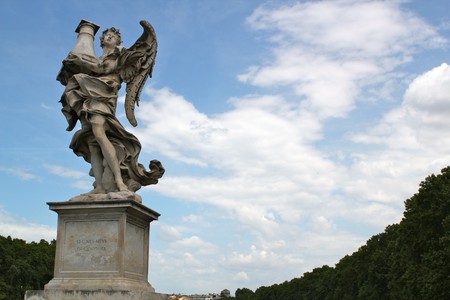 Book Now
The Borghese Gallery hosts a number of Bernini’s most famous sculptures, many of which were undertaken at the beginning of his career. The elegant villa of his patron Cardinal Scipione Borghese is a delightful backdrop to such stunning works as The Rape of Proserpine, Apollo and Daphne, and David, and the intimate layout and restricted number of tickets mean that visitors can get close enough to study the amazing way in which Bernini conjured softness and movement in the marble.
Open In Google Maps
5 Piazzale Scipione Borghese, Roma, Lazio, 197, Italy
+39068413979
Visit Website
Give us feedback 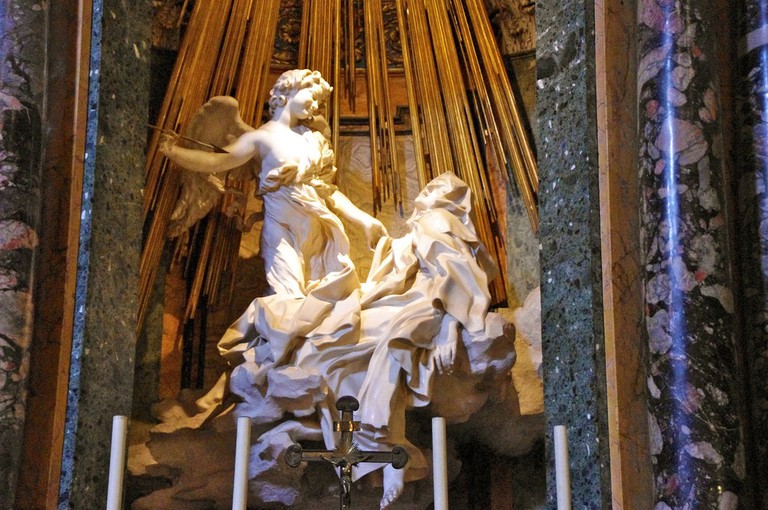 The Ecstasy of St Teresa | © stevekc/Flickr
The church of Santa Maria della Vittoria is situated a short walk from Piazza della Repubblica and its Coronaro Chapel is home to Bernini’s breathtaking Ecstasy of St Teresa.A perfect example of the way Bernini combined sculpture and architecture, it depicts the rapture of St Teresa of Avila at the moment when an angel pierces her heart with the golden arrow of divine love. The billowing robes and the golden light are typical of the artist’s fusion of marble and gilt.
Open In Google Maps
17 Via Venti Settembre, Roma, Lazio, 187, Italy
+390642740571
Visit Website
Give us feedback
Give us feedback