A Music Lover’s Guide to Milan 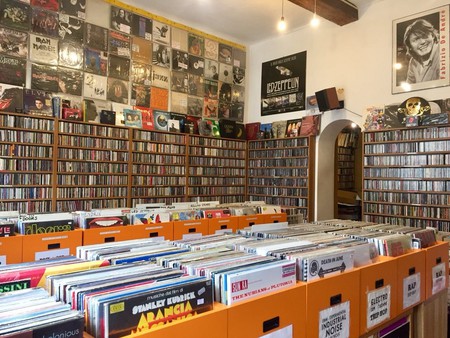 Discover the best live music venues in Milan from classical to techno, as well as where to go record hunting and what radio station to tune into to discover what’s hot on the alternative Italian music scene. 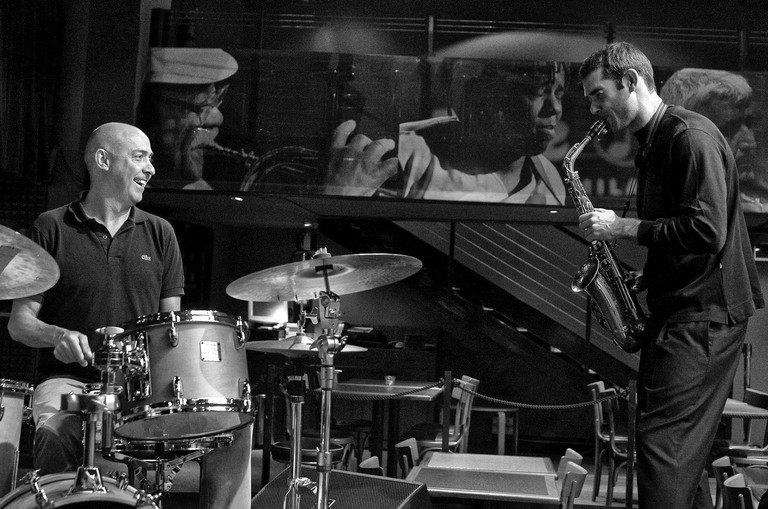 Blue Note is the Italian brother of New York’s famous jazz club and has a great international programme. Located in the newly fashionable neighbourhood of Isola, located in the north of the city, it attracts both avid jazz fans and the young and curious. It follows the classic jazz club format, offering an early and a late showing with the option to dine during the early performance. Advanced booking is strongly recommended as weekend shows typically sell out. 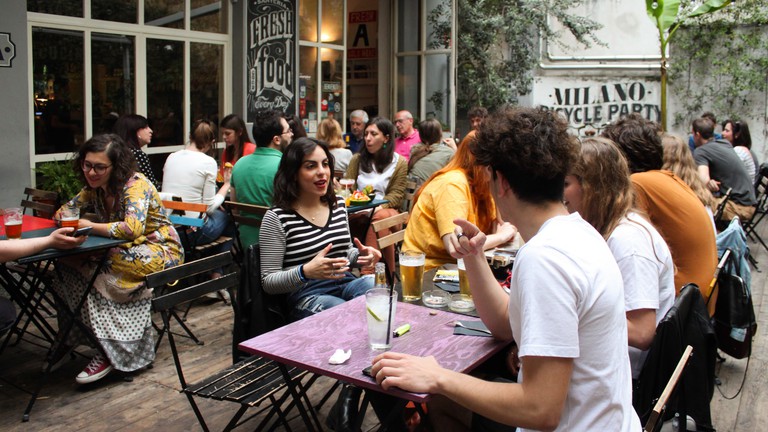 Santeria s.r.l has two venues in Milan, both distinct in atmosphere but promoting the same ethos and solid music, theatre, and art programme. The original Santeria Paladini 8 (established 2011) in the east of the city is the more intimate venue based around a café-restaurant with a leafy, secluded courtyard. The Santeria team refer to it as a ‘creative factory’ for culture – it hosts art exhibitions and literary and cinema evenings as well as functioning as a music venue. Open from breakfast until cocktail hour, the café is a popular co-working space. Look out for ‘Jazz In The Corner’ in the event programme: a laid-back Friday night of live jazz duos and trios. 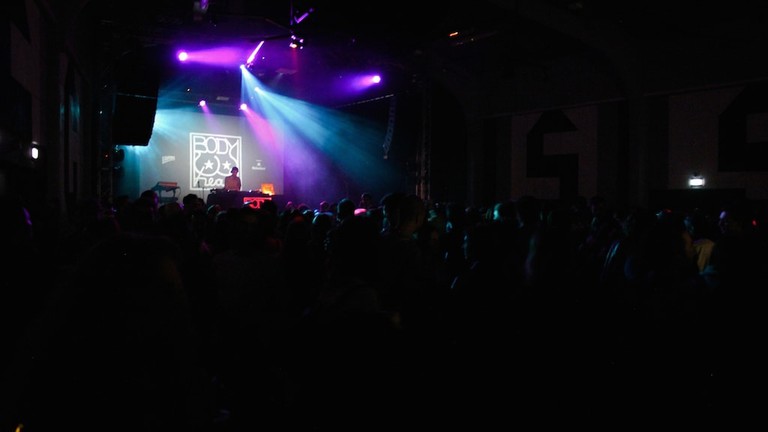 Santeria Social Club in downtown Milan is the younger but bigger sibling of Santeria Paladini 8. The large venue has two separate areas: a theatre space which can host up to 600 people, perfect for concerts and theatrical performances, and a bar area which often features small DJ sets. Not only is Social Club bigger, it also doubles as a clubbing space, with nights ranging from soul specials to electro. The gig listings are very international, from Scotland’s The Fratellis to major Italian bands you’ve never heard of. The bar serves stellar cocktails so naturally it’s a prime hipster hangout. 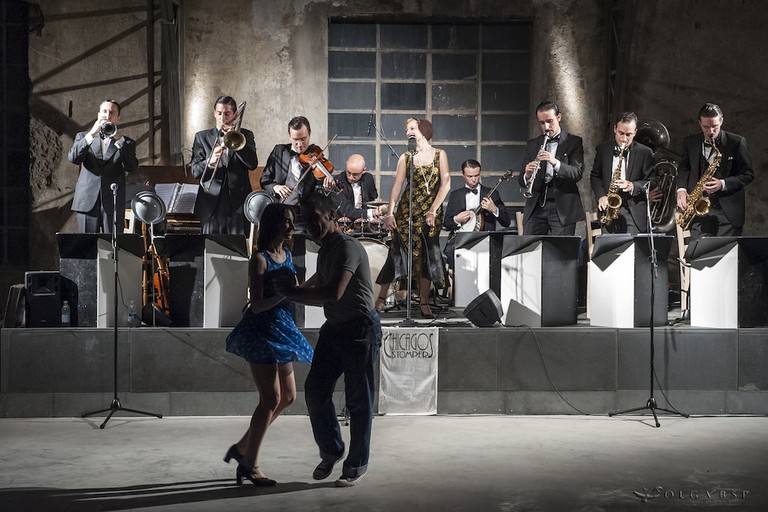 Located in Bovisa, a suburb of north Milan, this venue is far from the tourist trail of the historic centre. Spirit de Milan opened in 2015 inside a vast 1920s former industrial building, with the aim of creating an environment that would recapture the social spirit of old 1950s Milan, but in a contemporary, not overly nostalgic way. The space combines a restaurant – Fabbrica de la Sgagnosa, which serves classic Milanese trattoria dishes – with live music and a real dance hall. There is also a bar if you want to join later in the evening. They regularly host ‘Holy Swing Night’, an evening dedicated to swing music of the 1940s, and ‘Barbera & Champagne’, a rediscovery of Milanese ‘tavern’ singing and music. Be mesmerised by the experienced dancers but rest assured that there are lots of novice folk on the dance floor too. They open at 7:30pm but the concerts and performances typically start at 10pm, and they typically host a very mixed crowd of Bovisa locals and Milan hipsters, young and old.

NUL put on some of the best electronic club nights in the city. They have no fixed venue and locations are typically announced last minute and never disappoint. One of their recent successes included their set during Design Week 2018, when NUL took over an atmospheric former convent and its gardens and Neopolitan DJ Filippo Colonna Romano, aka Modula, played tropical and disco-funk into the early hours. 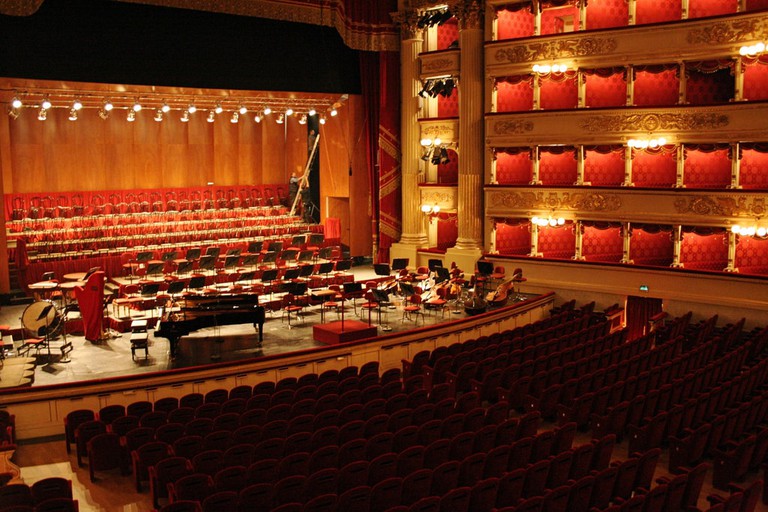 © Alessio Bragadini / Flickr
Quite possibly one of the world’s most famous opera houses, Milan’s La Scala was built in 1778 according to designs by Italian neoclassical architect Giuseppe Piermarini and debuted with Antonio Salieri’s two-act opera L’Europa riconosciuta. Over its 250-year history, La Scala has hosted performances by some of the classical music world’s most luminary talents, including celebrated conductor Claudio Abbado and opera star Maria Callas. La Scala Museum pays homage to the opera house’s rich history with its exhibition of costumes, musical instruments, photographs and set designs and the Livia Simoni Library, home to 150,000 volumes of librettos, scores and periodicals.
Open In Google Maps
2 Via Filodrammatici, Milano, Lombardia, 20121, Italy
Visit Website
Visit Facebook page
Give us feedback

Founded in 1993, the Giuseppe Verdi Symphonic Orchestra is one of Italy’s most renowned ensembles with a repertoire ranging from Bach to greats of the 20th century. Based in the Auditorium di Milano Fondazione Cariplo in Milan, what is an unassuming building in a slightly scruffy neighbourhood belies the splendour of the modernist auditorium within – it was designed by Alessandro Rimini in 1939. They perform a programme of classical concerts flanked by lesser-known music works, as well as performances for children. The season runs from September to May, with shows typically held on Thursday and Friday evenings and Sunday afternoons. Full price tickets for prime seats are around €50, but they also offer many concessions and affordable seating options. If you love classical music and Teatro alla Scala is out of your price range, then La Verdi is a must.

Dischivolanti is located at the far end of the Ripa di Porta Ticinese in Navigli and has been selling new and used vinyls and CDs since 1998. The small space is a beautiful cavern of musical history; every surface is crammed with discs covering all music genres including rock, pop, jazz, blues, indie, electronic, industrial, hip-hop and classical. Dischivolanti specialises in rare editions but what makes it so wonderful is the lack of pretence, this isn’t a new wave hipster project, it’s just a good old fashioned record shop with passionate staff. 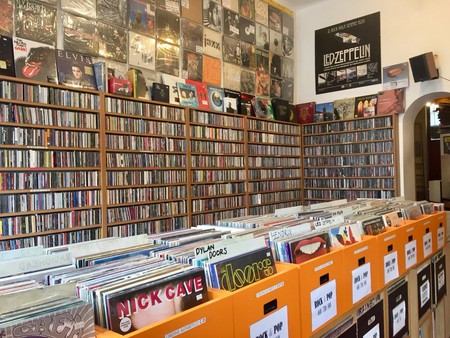 Launched in March 2017, Radio Raheem is a young, independent web radio with a physical space in the heart of the Navigli area of Milan. Taking inspiration from the internationally acclaimed web radio NTS in London, The Lot Radio in NY and Red Light Radio in Amsterman, Radio Raheem airs quality and diverse music. The schedule ranges from hip-hop to jazz, passing through experimental electro and melancholic guitarists. Radio Raheem champions the diversity of the contemporary Italian music scene, but is equally curious and attentive to international artists. 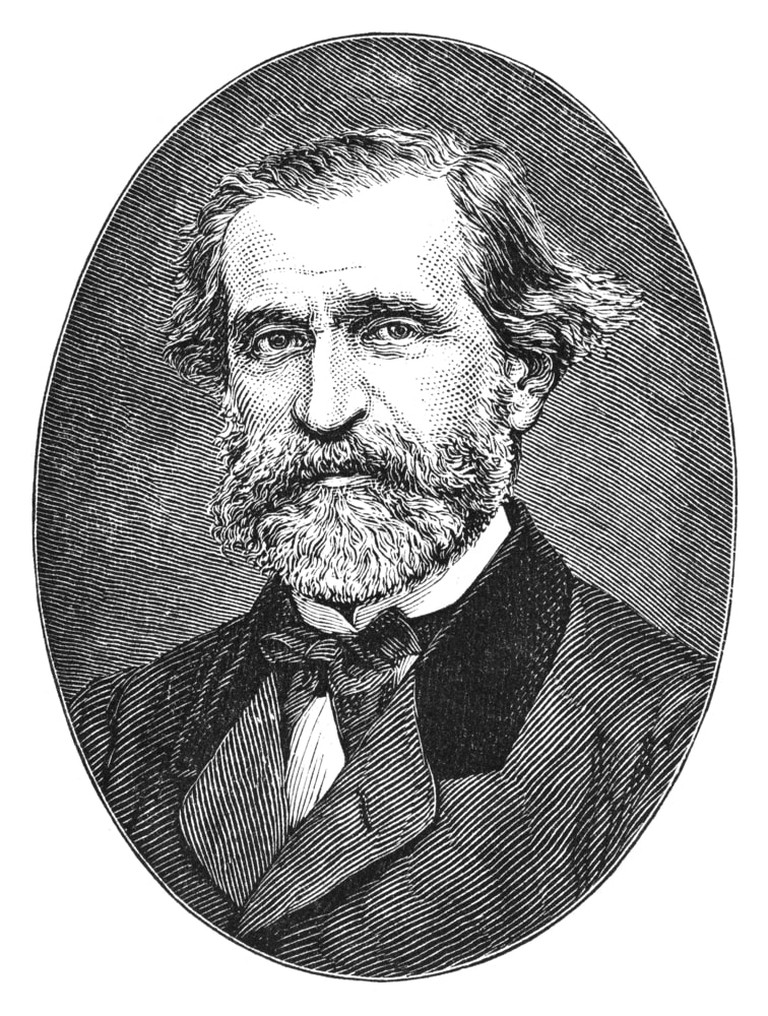 The inimitable Italian composer, Giuseppe Verdi (1813–1901), spent the peak of his career in Milan. In the final decade of his life he set up a retirement home for elderly musicians and opera singers who could no longer support themselves. He commissioned a grand Venetian style Palazzo located in the tranquil Piazza Buonarotti in the west of Milan and requested wonderful, whimsical musical touches and finishes, such as lyre-shaped door handles. It has sheltered some of Italy’s finest opera singers such as Gemma Bosini and Mariano Stabile and remarkably, over 100 years later, the palazzo is still running as a Casa di Riposa per Musicati. Today it is not just a retirement home, but a feat of cross-generational exchange. Casa Verdi hosts a small number of talented young students enrolled at Milan’s conservatoires, offering them lessons with the with the Casa Verdi residents. As a tourist, you can make group reservations for tours of the residence and its art collection. There is also a crypt where Verdi and his wife are buried, which is open to the public from 8.30am to 6pm.