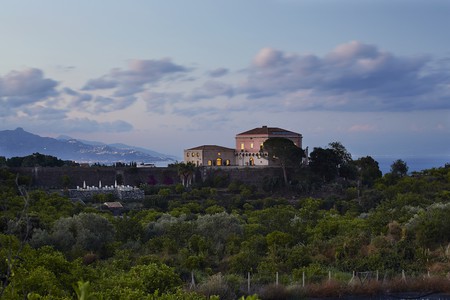 The UK’s youngest Michelin-star chef could teach you to cook at an Italian cookery school held in a restored villa in the Sicilian countryside.

The villa of Rocca delle Tre Contrade rises between Mount Etna and the sparkling waters of the Ionian Sea. Surrounding the building are lush lemon groves and vegetable gardens, and the riches of the Sicilian countryside are just waiting to be cooked up in the kitchens.

While the restored villa usually serves up Sicilian delicacies such as raw fish, cream-stuffed cannoli and arancini filled with ragu, this summer visitors to the Italian island can learn to cook with Michelin-star chef Merlin Labron-Johnson – and get to eat their own creations afterwards. 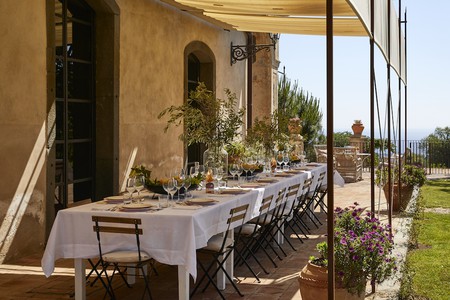 Labron-Johnson is desperate to head to the island to see what culinary inspiration will strike him. “It’s a dream to have the opportunity to cook amazing food in an incredible place,” he says.

The young chef worked in some of Europe’s top restaurants before returning to the UK and gaining a Michelin star at Portland when the restaurant launched in 2015. In 2016, at 26, he opened Portland’s sister restaurant Clipstone. His culinary approach is one of minimal wastage, and he uses fruit and herb trimmings and offal in his recipes to great effect.

“Produce is the backbone behind each dish. Finding ingredients which have been nourished and cooking them with knowledge and love is the mainstay of my cooking. They have the same attitude in Sicily, which is why I think cooking there will work so well.” 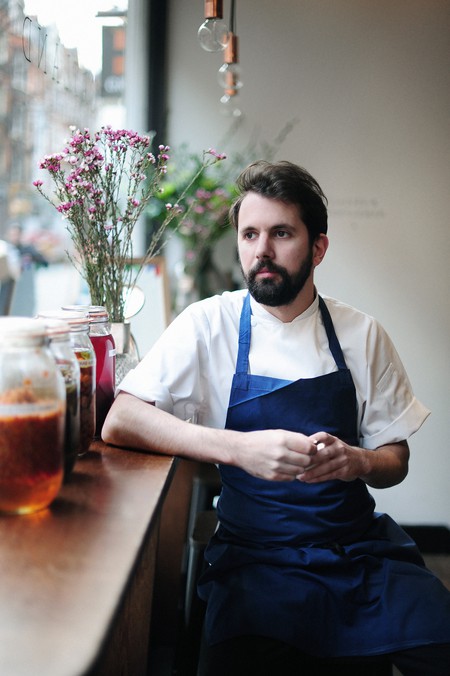 The week-long course, which runs from 30 March-6 April 2019, is a gastronome’s dream, covering everything from ice creams to soups to wine pairings. Guests will discover Sicily’s often overlooked contributions to Italian cuisine and will undoubtedly leave every meal unable to force down another morsel of the first-class food.

As well as cooking, you’ll be able to visit local food markets, tour Sicilian vineyards and see wine being made – and of course enjoy the villa’s infinity pool, spa and sumptuous gardens.

“The villa was originally a wine farm but was abandoned in the 1950s and was empty since then. Deserted by the former owners, it became a ruin – the roof had fallen in and there were trees growing inside,” says villa owner Jon Moslet. “Now fully restored, it’s a magical place that has 360-degree views of the surrounding countryside and it feels full of freedom and openness.” 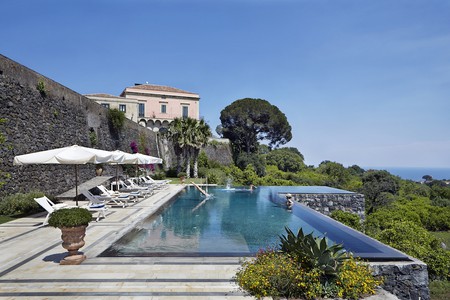 Moslet started the cookery school in 2017 when Skye Gyngell visited Rocca delle Tre Contrade to cook, teach and eat. The Australian chef, who shot to fame after winning a Michelin star for her seasonal, simple food at Petersham Nurseries in London, opened Spring at Somerset House in 2017, which has become renowned for a feminine menu that changes daily.

“The chefs discover new tastes, new experiences, things they can’t find normally in day-to-day cooking in the restaurants when they’re here,” Moslet says. “Sicily has so many good raw materials and perfect ingredients for cooking. The food is an integral part of your trip whenever you visit, so it made sense to focus on it.”

He chose chef Labron-Johnson, who received his first Michelin star at the tender age of 24, because he felt his cooking style fitted with the traditional yet modern atmosphere of the villa. “He’s very talented and young, and has new ways of putting together ideas and flavours.” Master of wine Isabelle Legeron will also be in attendance on the course. 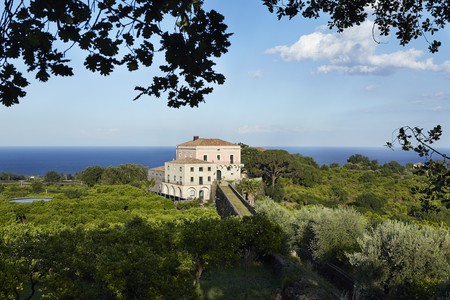 For Labron-Johnson, it is all about finding the best natural ingredients to execute in his trademark style. “When I’m in Italy my favourite thing is to head to the markets and cook whatever I find in my style. I’m going to take the course attendees fishing and cook whatever we catch, and we’ll focus on local vegetables and use wild greens in the food.

“Every time I go to a place I come away with so many ideas and so much inspiration – I hope to bring those back to London with me.”