A Local’s Guide To Vatican City

A visit to Vatican City is an awe-inspiring, once-in-a-lifetime experience for many. However, this veritable pilgrimage that attracts 5 million visitors per year can also be daunting. The capital of Christianity, the residence of the Pope, and the home of some of the world’s most famous works of art, it is a lot to take in. Read on for a local’s guide to what to see and do during your time in the smallest state in the world.

For most visitors, one day allows plenty of time to visit the highlights of Vatican City, which borders the Prati neighborhood. It is easy to arrive via metro (Ottaviano stop on the A line) or via bus from the historic center. For bus lines, see this map. 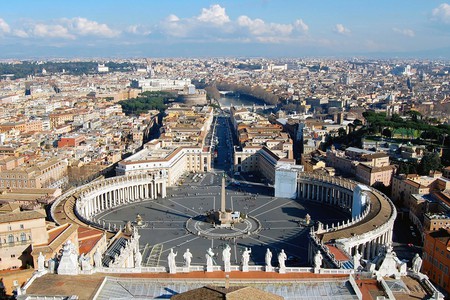 This is one of the holiest sights in the world, and no trip to Rome would be complete without taking in the majesty of this impressive Renaissance church. The basilica is said to be built upon the burial sight of Saint Peter, one of the twelve Apostles of Jesus Christ and the first Pope. Building began in 1506 under Pope Julius II and was completed in 1626 under Pope Urban VIII. Saint Peter’s Basilica is one of the largest Christian churches in the world and can accommodate 60,000 people. It is notable for its massive dome designed by Michelangelo — it is the tallest dome in the world — which can be visited and offers impressive views of Saint Peter’s square from up above. The church inside contains priceless works of art from the masters of the time including Raphael, Bramante, Michelangelo, and Bernini.

Tips
You need to be dressed appropriately to enter the basilica (no bare shoulders or shorts). For an incredible view from the top of Saint Peter’s Basilica, be ready to climb 551 stairs or take an elevator halfway up for €7. The space is tight, so it’s not for the faint of heart, but the vista from up above is one-of-a-kind. The cupola closes at 17:00 in the winter and 18:00 in the summer. 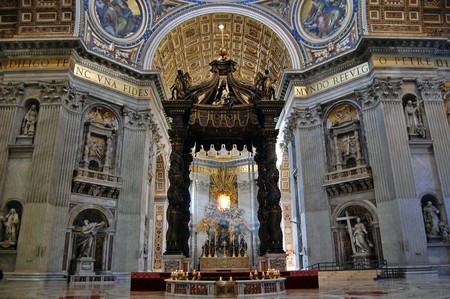 One of the largest museums in the world (and the 6th most visited museum in the world), the Vatican Museums are home to important classical sculptures and Renaissance masterpieces. They were founded by Pope Julius II in the 16th century, prompted by the discovery of the marble sculpture Lacoön and his Sons which was the first piece to be put on display. The more than 70,000 pieces on view span centuries of humanity, from ancient Egypt to modern times, in the Collection of Religious Modern Art. Highlights of the museum include the Hall of Maps, the rooms of Raphael (including the School of Athens), and of course, Michelangelo’s frescoed Sistine Chapel. Depicting The Last Judgement, it is the final room in the museum and its most impressive attraction.

Tips
To avoid long lines, book your ticket online ahead of time or consider visiting the museums during a sunset tour. If possible, visit the museums from Tuesday to Friday, avoiding the weekends and Monday (when most other museums in Rome are closed). See a map of the museum layout here. 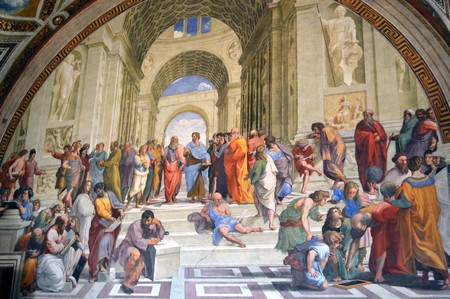 The School of Athens by Raphael | © Livia Hengel

Pope Francis holds a Papal Audience in Piazza San Pietro each Wednesday morning. The Pope greets pilgrims in his audience in each language and then gives a series of small teachings and readings in Italian. At the end, the Pope prays with those in attendance and gives the Papal Blessing. The event begins at 10:30am but you’ll need to show up by 8:00am at the latest for a seat. Tickets may be pre-booked online here or can be picked up without a reservation from the Swiss Guards at the ‘Bronze Doors’ located just after security at St Peter’s Basilica the day before the audience.

Tips
The Pope retreats to his summer residence at Castel Gandolfo in August when the Vatican Offices are normally closed, so audiences are not held at this time. The Pope often also gives the Angelus on Sunday mornings at noon when he is in Rome. For more information on his schedule, please consult the Papal Audience website or Vatican Tours which offers the best priced tours available. 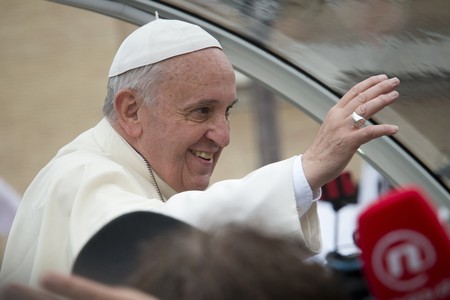