A visit to St. Peter’s Basilica is a must during your time in Rome. Not only is it the most important example of Renaissance architecture and one of the holiest Catholic shrines in the world, it is a breathtakingly beautiful feat of human artistry and engineering. With its prominent position in Vatican City, it touts the highest dome in the world and is visible throughout the skyline in Rome. Read on for some history and pointers on visiting this illustrious Papal Basilica.

According to Catholic tradition, St. Peter’s Basilica was built upon the burial site of St. Peter the Apostle, the first Bishop of Rome and regarded today as the first Pope. The Vatican even offers tours of its underground necropolis during which you visit St. Peter’s suspected grave, now demarcated with a shrine. A church has existed on this site since the reign of Constantine the Great, the first Roman Emperor to convert to Christianity around 300 AD. The current Basilica was commissioned by Pope Julius II in 1506 and was completed under Pope Urban VIII in 1626; it replaced the ‘Old St. Peter’s Basilica’ that Emperor Constantine had built in the 4th century. 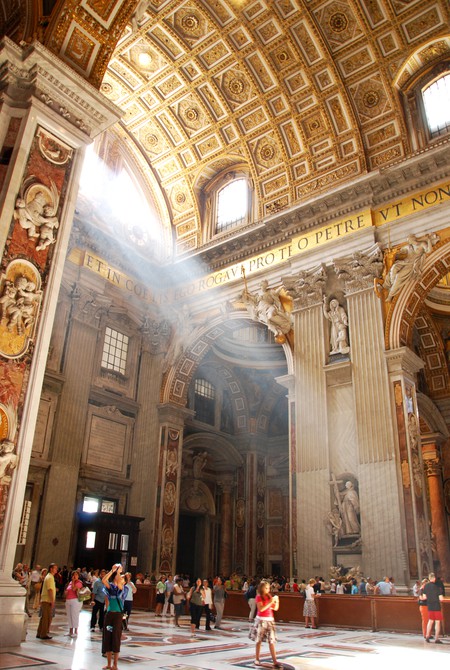 Several renowned Renaissance artists and architects helped shape the architectural plan of the Basilica, including Bramante, Raphael, Peruzzi and Sangallo. It was Michelangelo who ended up being the principal designer of the building and who unified the creative visions of the previous architects: he incorporated Bramante’s Greek Cross as a central feature and used Sangallo’s plans to develop the structure of the large dome. Inside are incredible works of art, including the altar with Bernini’s Baroque baldacchino and Michelangelo’s moving Renaissance sculpture, Pietà. 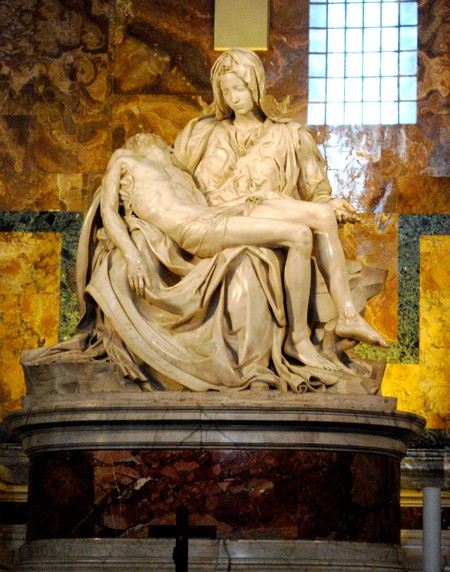 St. Peter’s Basilica is open daily running on two schedules for the summer and winter months. Audio guides can be rented at the entrance of the Basilica. Expect long lines throughout the year and dress appropriately: shorts, short skirts or bare shoulders are not allowed inside.

On Wednesdays when the Pope holds his audience in St. Peter’s Square, the Basilica remains closed until 12:00.

For an incredible view from the top of Saint Peter’s Basilica, pay a visit to the splendid Cupola. Admire the inside of St. Peter’s Basilica and look out onto the architectural splendor of St. Peter’s Square from up high. You have two options: climb 551 steps for €6 or take an elevator halfway up for €8, then climb the remaining 320 steps. The space is tight, so it’s not for the faint of heart, but the vista from up above is one-of-a-kind. 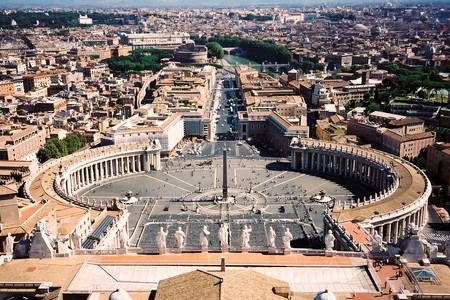 The Vatican has done some excellent work with 3D virtual tours of its treasures. Visit St. Peter’s Basilica and Square or the Sistine Chapel.