A Guide to Visiting Boboli Gardens in Florence 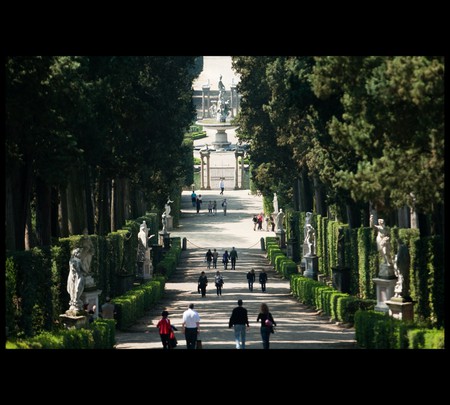 Boboli Gardens is one of the first things that comes up on any Google search for things to see in Florence, Italy, so it’s safe to say it’s not secret. The secrets and mystery it holds, however, are what keep people coming from all around the world. Costing a mere €10, and enchanting you with its treasures, Boboli is a must see when in Florence. 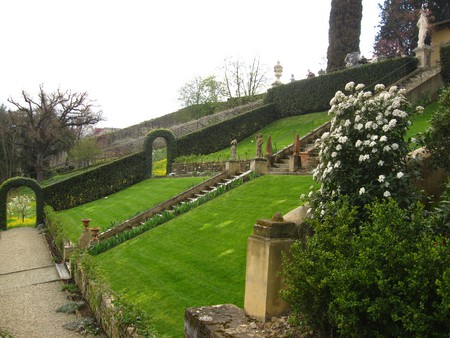 The famous garden is more like a sprawling green space that is basically the backyard of Pitti Palace. The palace itself was designed by Filippo Brunelleschi for the Pitti family and built in 1457. Does the name sound familiar? It should, because he’s famous for his unique design and architectural wonder of the Renaissance period, the Cathedral of Santa Maria del Fiore, the main cathedral in Florence, known for its dome shape and bright terra cotta coloured rooftop.

Brunelleschi was a sought after designer during that time, so when he had the place built for the Pitti family by his pupil, Luca Fancelli, it was to be a large undertaking. The Pitti family, a family of rich merchants at the time, had lived in the home for years before the Medici family (Cosimo I’s wife, Eleonora di Toledo) purchased the home in 1549 and began renovations and additions to make the palace into the noble family’s residence. Originally, the palace only consisted of the middle section of the present building. The palace has been enlarged and altered since the original construction to be seen as what stands today. 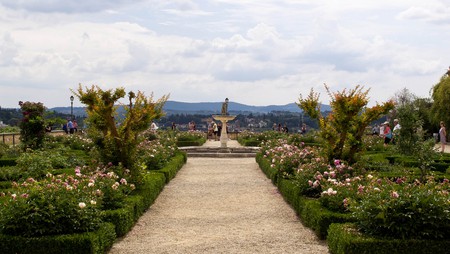 Aside from the palace, which holds numerous different museums inside, Boboli Gardens is a tourist attraction all its own. The gardens make up the largest green area in Florence. Dating back over four centuries, the gardens were commissioned by Cosimo Medici I in 1594 designed by Niccolo Pericoli. Work was continued by three other famous designers (Vasari, Ammannati, and Buontalenti) over a span of 400 years to create the basic structure of what we see today. In the 17th, 18th and 19th centuries, the garden was enriched and enlarged by the Medici and Lorraine families. Now, more of an open air museum spanning over 111 acres, the land contains multiple quaint buildings-turned-museums, fountains, statues (both Roman and Renaissance), sculptures, ancient oak trees, and many other hidden gems inside to be discovered.

The Boboli Gardens is an oasis in the city, as it was meant to be, but the fact that it is still enjoyed today with its bright colours of spring, soft scents of summer, blooming flowers, changing colours in the fall, and plenty of shade to nap under the summer sun makes this a peaceful slice of heaven for everyone to enjoy. It is said that Boboli inspired many European Royal Gardens, such as Versailles in particular. 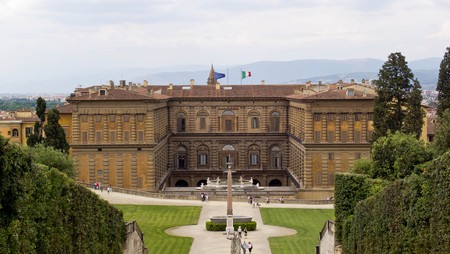 Upon entry to the garden, once you pass through the courtyard of Pitti Palace, the first staircase leads up to the artichoke fountain. Actually a lily, the locals jokingly nicknamed it artichoke fountain due to their harsh judgements of the shape. From there, you walk forward to the amphitheatre surrounded by the statues of Roman myths, and an Egyptian Obelisk brought from Luxor in 1789. Above the amphitheatre, as you climb up the hill, there’s Neptune’s Fountain nicknamed The Fork because of the trident. At the very top of the hill, there’s the large statue of Abundance by Giambologna. After the large pond, up the incline, is the Giardino del Cavaliere where the walls were built by Michelangelo in 1529. In that area, there’s a rose garden, and maze-like shrubs along with a small pink building, which houses the porcelain museum. 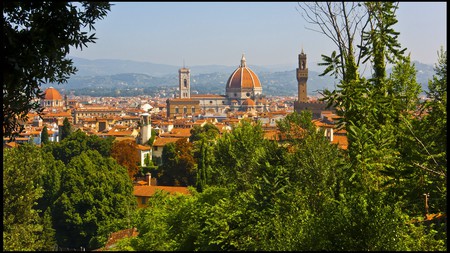 View of the Duomo from Boboli Gardens | © Guillén Pérez

Further down the path is the Buontalenti Grotto (Grotta Grande) which is divided into three separate sections. Originally decorated with lavish vegetation and water. The first section used to have a fresco depicting an illusion of a natural grotto and originally housed by Michelangelo which are now in Galleria dell’Accdemia. The famous statue Paris and Helen by Vincenzo de’ Rossi lies within the second section. The third part is where you can find Giambologna’s famous Bathing Venus. It is said that the last two sections were actually created for romantic, and secretive meetings of Duke Francesco I de’ Medici. 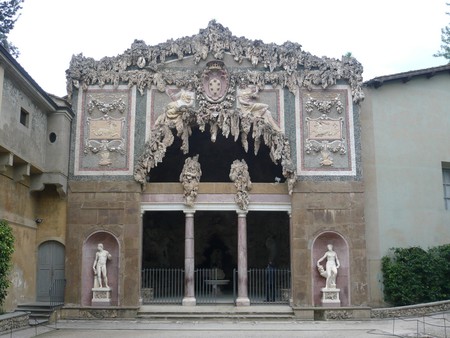 Among the side paths that break away from the main path, Viottolone, there are some stunning treelined paths, archways covered in green, and things you would only imagine seeing in a scene of The Secret Garden. You can easily spend all day exploring, relaxing and enjoying Boboli Gardens as they were meant to be enjoyed. Wear comfortable clothes and shoes (lots of walking, stairs, and uphill climbs), bring a blanket, water, and even a little picnic to enjoy and experience your own little piece of paradise at Boboli Gardens. Before you leave, wave goodbye to the court dwarf, Morgante, the fat statue who rides on the back of a turtle.

Buy your ticket in advance here.