A Guide to Sardinia's Incredible Nuraghe

The island of Sardinia is the home to some incredible secret history. Scattered all over the island are more than 7,000 prehistoric stone structures called Nurage about which little is really known. These mysterious bronze age Nuragic societies created well designed villages with temples, fortresses, and tombs between 1800BC and 500BC. This guide to Sardinia’s Incredible Nuraghe will lead you to some of the best locations on the island to visit these enigmatic structures. 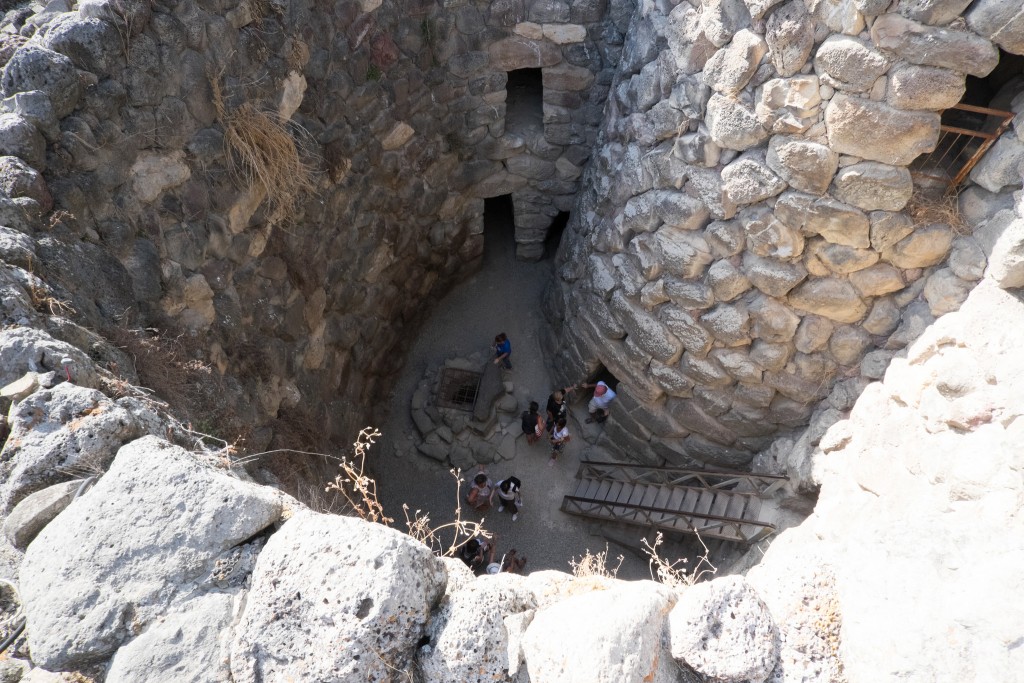 This well preserved location is the island’s only UNESCO World Heritage site. Su Nuraxi is the Sardinian term that means The Nuraghe. This site is one of the most intact with more than 30 beehive shaped towers, some with multiple levels and separate rooms. Scholars believe that this location was inhabited from 1500 BC to the 7th century AD. Because of the great importance of the complex, this site requires a guided tour with an entrance ticket and is open seven days a week. There is also a museum and a cultural center that further explores and explains the site. 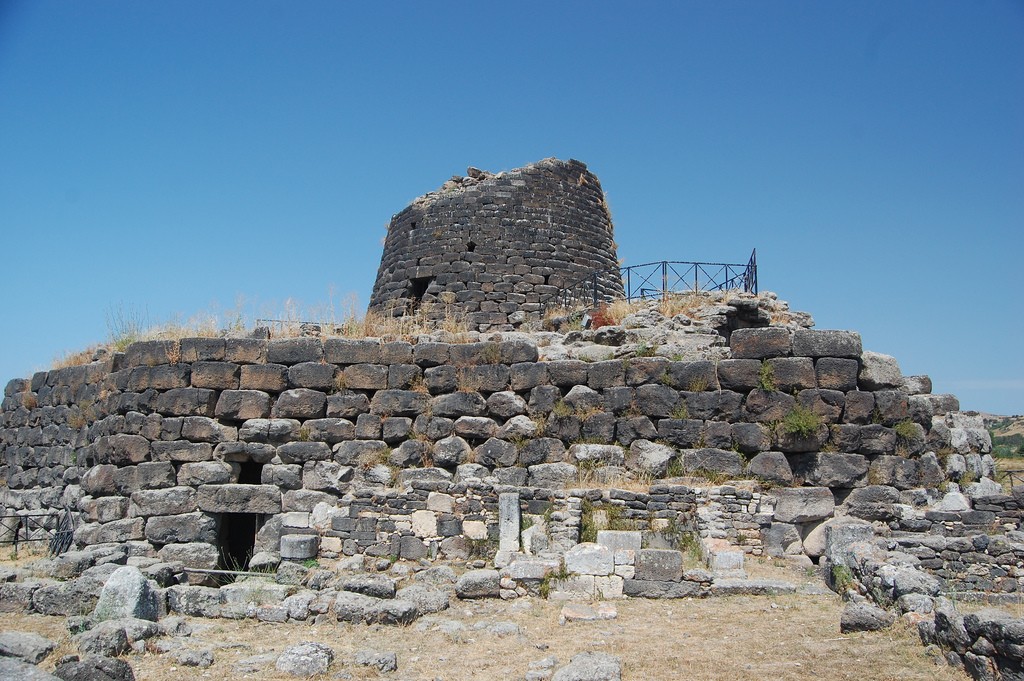 The Santu Antine tower is one of the largest Nuraghe in Sardinia. It is named after Saint Constantine and was occupied even in the Roman era. Surrounding the main tower, which was originally three stories high, it is surrounded by three smaller towers all connected by fortified walls. Parts of the staircase to the upper floors can still be seen. This site is closed only on December 25 and January 1 and requires an entrance ticket. 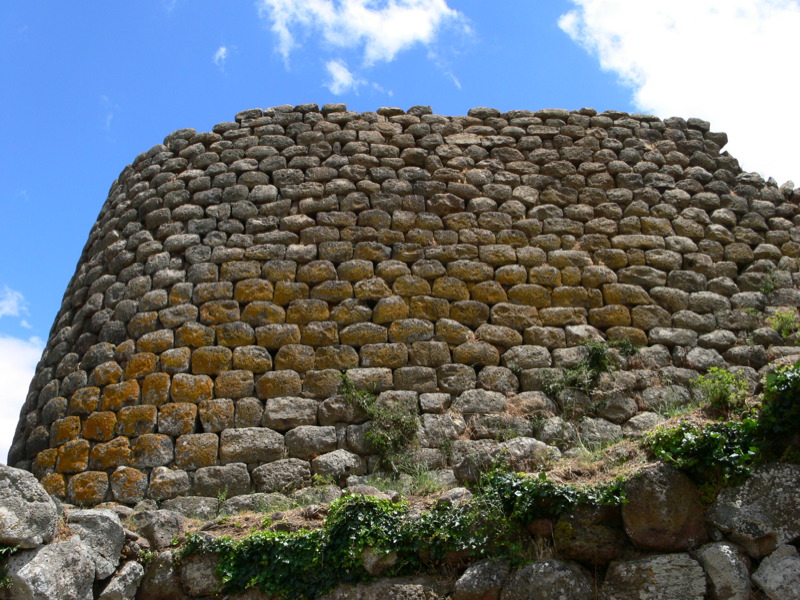 The name of this collection of stones and structures means the people that have water. There is a massive wedge shaped structure surrounded by a series of smaller towers. What makes this site different from many others, is the lack of an internal courtyard. The Losa archaeological site is open year round and requires an entrance ticket.

This site is made up of five main towers and 16 secondary towers scattered over an acre of land and is one of the island’s largest. The name Nuraghe Arrubiu means red nuraghe and is probably taken from the color of the stones used to build the structures. After being abandoned by the Nuragic people, it was still in use from the Roman era to medieval times with the Romans adding basins to make wine. There is an entrance fee and guided tours on request. 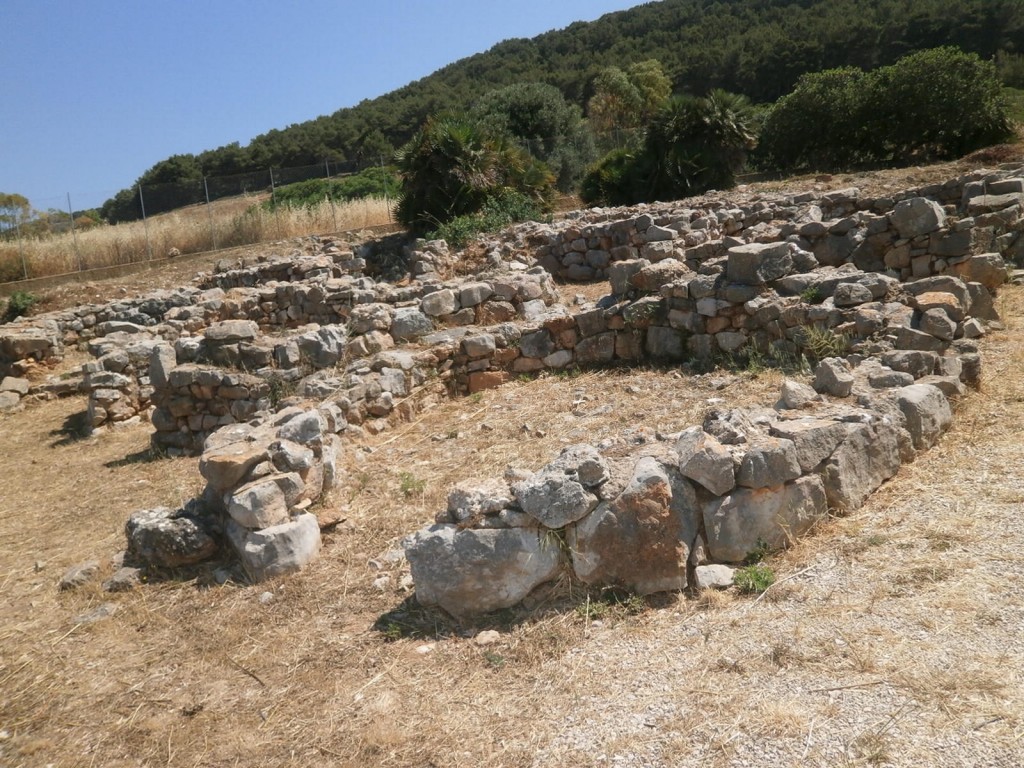 Make a small detour on your way to the beach for a quick visit to this Nuragic complex near Alghero. There are there very distinct periods of history represented here spanning from the bronze to the iron age. There is an entrance fee and there are guided tours and an audioguide available for Italian speakers.

The temple of well of Santa Cristina is a remarkable example of what is believed to be religious architecture of the Nuragic people. Centered around a triangular shaped deep well that was positioned to reflect the moon at particular times of the year, the site was built in the the 11th or 12th century BC. The current name came centuries later from Camaldolese monks who built a church nearby in medieval times. There is also remains of Nuragic village here. The site is open year round and requires an entrance ticket.

About a hundred huts, two megalithic burial sites and two rectangular shaped temples are what remains of this village inhabited from the end of the Bronze Age (around 1600 BC) and for the entire Late Bronze Age (800 BC). This is a large site and requires quite a bit of walking between the buildings. There are guided tours of the Villagio di Serra Orrios and an entrance ticket that includes a map of the archaeological area.

This is not a Nuragic village but a museum that displays a variety of artifacts discovered in neuralgic villages. The remarkable Giants of Mont’e Prama are ancient stone structures discovered less than 50 years ago in a farmers field near Cabras. The sculptures were part of what are called giants tombs, which are complex burial chambers from the Nuragic age. The museum also has an exhibit of artifacts excavated from the Nuragic village of Sa Osa.