A Guide to Sailing in and Around Italy 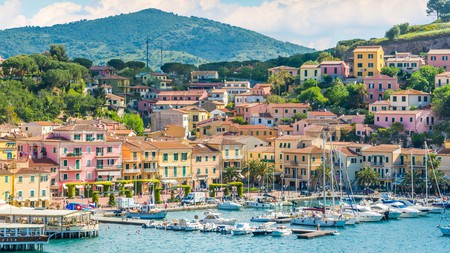 From resort towns like upscale Portofino in the northwestern region of Liguria to the soaring cliffs of the glittering Amalfi Coast and down to the volcanic landscapes of Sicily in the south, Italy has long lured sailors. Even Tuscany, better known for its rolling hills and fine wines, hosts a seven-island archipelago worth exploring. Here we reveal the best way of navigating this picturesque corner of the world by boat.

Sail around the Italian coast in style by chartering a boat through SamBoat. Alternatively, embark on a multi-day sailing adventure around the region with Dream Yacht Charter.

For your first sailing holiday in Italy, consider Tuscany’s coast, where you can comfortably hop between the islands of Elba, Giglio, Giannutri, Capraia, Pianosa, Montecristo and Gorgona. Head to the town of Portoferraio and take your pick of beaches between Biodola, Scaglieri and Forno.

If you’ve always dreamed of visiting the Amalfi Coast, there’s no better way to see the towns of Positano, Ravello and Amalfi itself than taking to the cobalt waters of the Tyrrhenian Sea. Recognised by Unesco for its outstanding Mediterranean landscape, local communities fastidiously safeguard its traditional character, best exemplified in pastel-coloured homes clinging to rugged hillsides. Terraced citrus orchards abound. This is where limoncello originated, after all. 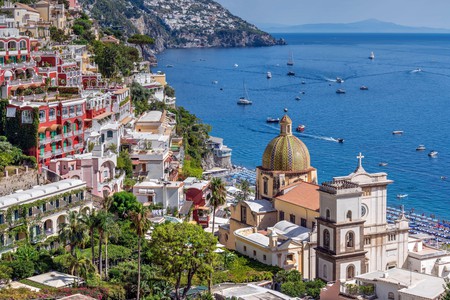 Marinatour Carloforte (VHF channel 9; tel: +39 330 430 091), located on San Pietro island at the southwestern tip of Sardinia, is one of the best-value marinas on the island, where mooring fees tend to be on the steep side. Divided between two marinas, it has 350 berths for vessels up to 50m (164ft) in addition to showers and toilets, a travel information desk and a clubhouse. While Sardinia’s pink sand beaches snag all the attention, the rocky coves and remains of Phoenician cities on the island’s western coast remain lesser-known. On the Aeolian island of Panarea, anchor in Zimasi Bay, where you can snorkel in crystalline seas and marvel at geological formations. 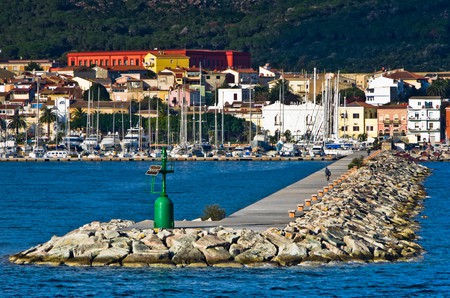 It’s no coincidence that the Slow Food movement was born in Italy. Italians not only are adamant about preserving centuries-old techniques to make cheese, cure meats and produce wine but insist on ensuring every meal is a leisurely opportunity to connect with family and friends. Indulge in regional specialties ranging from Cinque Terre’s sweet Sciacchetrà wine and Catalan-style lobster in Sardinia’s Alghero to Ligurian pasta dish trofie al pesto.

If you find yourself in Anacapri, book a table at two Michelin-starred L’Olivo for creative Italian cuisine. Da Kasai, in Praiano on the Amalfi Coast, serves innovative takes on traditional local dishes at affordable prices. 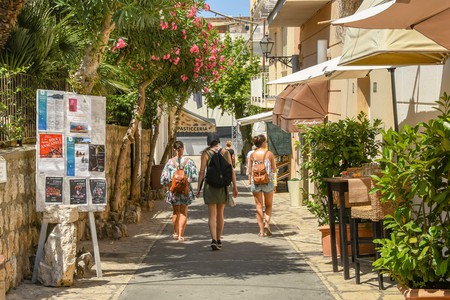 Boating enthusiasts are spoiled for choice when it comes to choosing a charter vessel in Italy. SamBoat and Dream Yacht Charter have an excellent range of bareboat and crewed sailing yachts, motorboats and catamarans available, including head-turning models from legendary Italian boat builders Ferretti and Riva. Set off from the Amalfi Coast or Sardinia, where there are yachts aplenty. 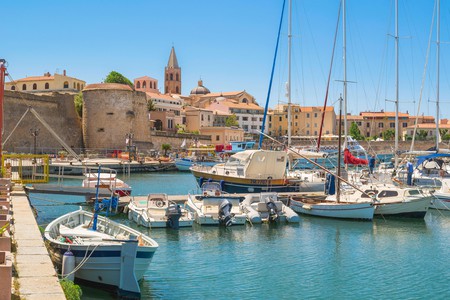 Home to the world’s largest network of farmers’ markets, the quality and variety of fruit, vegetables, pulses, meats and fish, cheeses and herbs available in Italy is hard to beat. Don’t miss local varieties like cuore di bue tomatoes. Supermarkets are in easy reach of marinas, while Lidl is a popular chain across the country and it’s relatively easy to find one on the outskirts of larger towns. If you want to ensure supplies are there for when you arrive, yacht provisioning companies cater to every whim.

Each October, the northeastern port city of Trieste hosts one of the most spectacular sailing events in Europe. Barcolana features an array of sailing races open to both laidback cruisers and professional crews over a week, culminating in its namesake, which is held in the Gulf of Trieste and draws up to 2,600 sailboats. 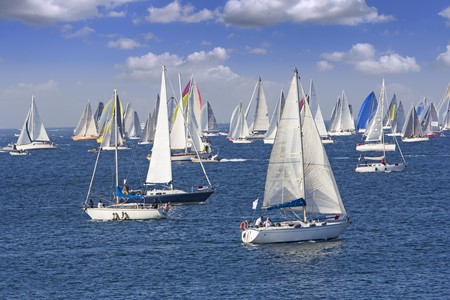 Italy’s boating season runs from April through October, with mostly warm, sunny weather throughout. July and August are the hottest months of the year and also the busiest, therefore, finding a berth in a marina or quiet anchorage is less likely. Unsettled weather conditions can show up unexpectedly in the shoulder seasons of Spring and Autumn, so don’t stray too far from a marina. Strong winds are common across the Adriatic, therefore, suited to more experienced sailors.

Italy has excellent air connections with international airports in major destinations though make sure to factor in taxi transfers to marinas. Naples airport is the closest to the Amalfi Coast, while Sicily is best served by Palermo airport. Sardinia has three main airports and Pisa is the best entry point for Tuscany.