A Guide to Sailing Around Sicily 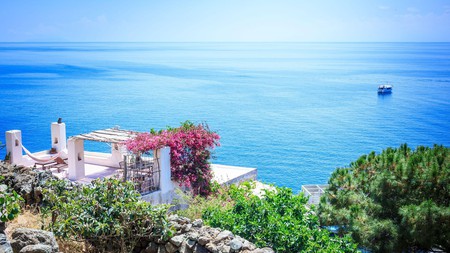 As the largest island in the Mediterranean, Sicily promises more sand, sunshine and secret anchorages than almost anywhere else. The Aeolian Islands – seven sub-tropical isles and scores of volcanic specks – are Sicily’s biggest yachting draw. Italian A-listers and humble fisherfolk sail atop crystalline waters suffused with seismic bubbles. Both enjoy platters of seafood spaghetti served on volcanic black-sand beaches. Sail in and join the club.

Sail around the shores of Sicily for a day by renting a yacht with SamBoat. 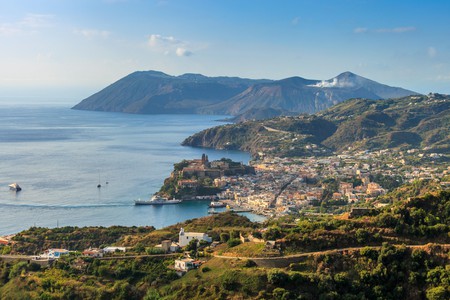 They don’t call the island of Stromboli “the lighthouse of the Mediterranean” for nothing. A puffing volcano stands 924m (3,032ft) above the sea, offering sailors a 24/7 navigation point for the other six Aeolian Islands. Tie up in Stromboli’s mini-marina. Then tuck in. Island cuisine is a fiery mix of volcanically charged chillies and swordfish steaks.

Mondello is an overgrown fishing village flipped into a 19th-century Liberty resort for Palermo’s elite. Imagine Nice, served with a frutti di mare side. A wide arc of beach is backed by more foodie treats. Like mobile carts selling lemon granitas and arancina (fried rice balls). 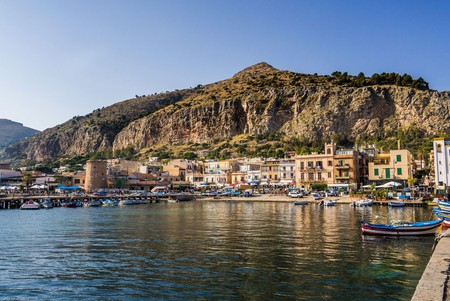 Alicudi is the Sicilian island that Instagram forgot. Irregular ferries and passing yachts call ciaoto the island’s 100 inhabitants. Islanders share a pastoral diet of wild figs and prickly pears served alongside a sustainable daily catch. That’s good news, because this tiny island has no shops, no ATM and no problems. 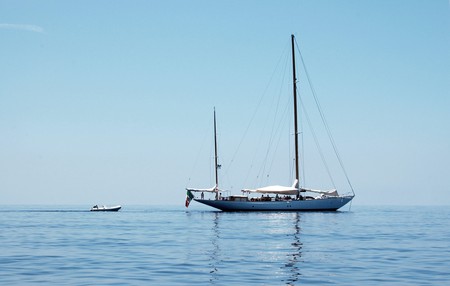 The creek of Cala, now home to Sitimar Marina, has welcomed foreign sailors since Phoenician times. You can stroll into Palermo’s historic centre in the time it takes to eat a gelato. Find scores of moorings alongside friendly staff who can source ebike rentals and airport transfers. Book one of 70 or so berths online or call on VHF 74. Portorosa Marina is Sicily’s largest private port with 650 berths. From here it’s a shorter sail across to Vulcano, the closest Aeolian island. Anchor off Spiaggia di Sabbia Nera, a beautiful black-sand beach. 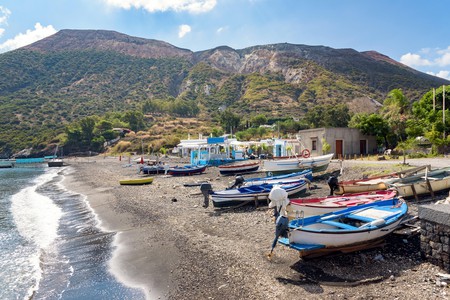 Drop the diet. Sicily sits at the culinary crossroads of the most gluttonous nations on earth. Arabs, Spanish, Normans and Greeks deposited a foodie fusion. Like pasta con le sarde, an Italo-Arabian blend of fennel, almonds, sardines and saffron. Then there’s sfincione, from the Latin word for sponge, which is half pizza, half bun, with an anchovy-cheese-tomato flavour. In Palermo, posh nosh means A’Cumcuma. Here street food and fisherman’s catches are raised into photogenic bites like red shrimps with oyster emulsion. For Sicilian cuisine as it used to be near Portorosa, try Agavos Agriturismo. Stuffed anchovies and chargrilled swordfish rolls served with a sea view. 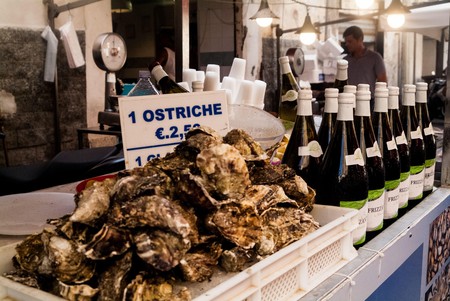 A classic Sicilian sailboat makes for fabulous day-long tours around Palermo harbour plus overnight trips to the Aeolian Islands. There’s fishing gear and a barbecue to grill the grouper you’re sure to catch. Fingers crossed. SamBoat has dozens of modern sailing yachts for charter. Dream Yacht Charter also offers bareboat and skippered vessels, not to mention luxurious Aqualodge Villas, So, grab your pals for a dreamy sail into the Sicilian sunset. 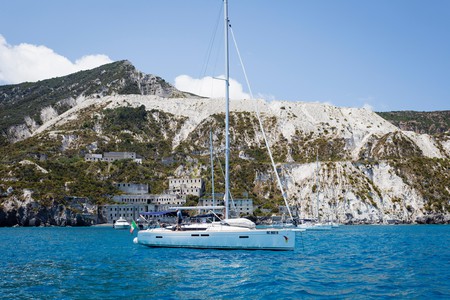 Carrefour operates several supermarkets near Sitimar Marina. Find every essential from Sicilian olive oil to chilled Moretti beer. Palermo’s trio of street markets – Ballaró, Vucciria and Capo – are alive with snails, octopus, rising bread and rapidly diminishing piles of tomatoes. It’s where locals do their weekly shop, so roll up your sleeves and get ready to join them. 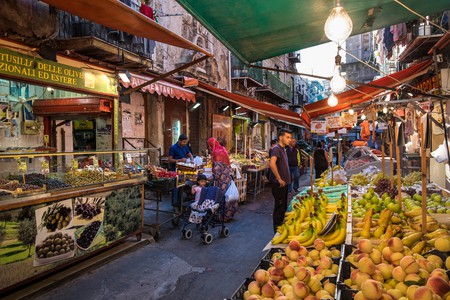 The Palermo-Montecarlo is an 804km (500mi) sprint from Sicily to Monaco, with breathtaking views over Sardinia and Corsica en route. The 50-plus sailboats that set sail from Mondello in Sicily in late August are big and beautiful. The offshore regatta also serves as a training ground for Olympians and America’s Cup sailors. 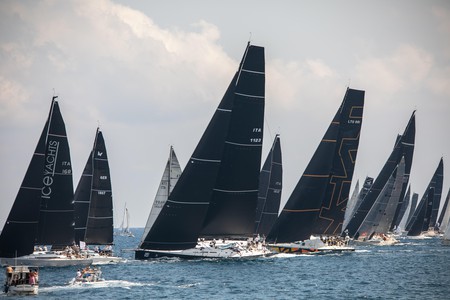 From April to October, Sicily enjoys one long Mediterranean summer, which means low rainfall, northwesterly breezes, and temperatures hitting 30C (86F) in July and August. It rarely gets hotter at sea. Winds pick up in mid-summer to a regular 10 knots and frequently tail off each evening. Novice sailors should avoid the far windier Straits of Messina between Sicily and mainland Italy. Especially as there’s so much to see in northern Sicily and the Aeolian islands. 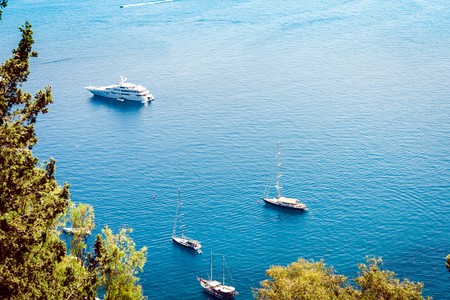 Sicily has two equally busy airports. Aeroporto di Palermo Falcone e Borsellino is a 30-minute cab ride to Palermo’s marinas via the ritzy seaside resort of Mondello. Aeroporto di Catania–Fontanarossa sits under the shadow of Mount Etna in eastern Sicily, serving the northeastern marinas closest to the Aeolian islands.
Take a leisurely sail around Sicily when you charter a boat with Dream Yacht Charter.