A Guide to Sailing Around Sardinia 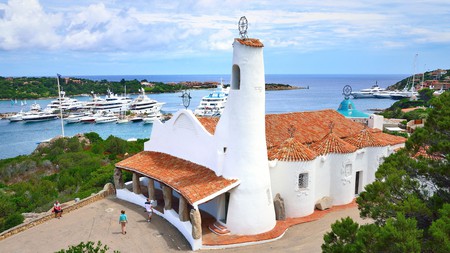 Sardinia is all about the beach – all 200 of them. With a chartered yacht, you can swim in to tread Robinson Crusoe footprints at dawn. Or play Love Island at dusk with a sand-in-the-toes picnic of Sardinian cheese and sparkling rosé. The best news? Sardinia’s coastline is secluded. The island receives just 3.4 million tourists per year – for perspective, Mallorca, which is an eighth of the size, welcomes more than 10 million each year – which leaves those tiny islets, snorkel spots and secret anchorages just for you.

Discover the top spots around Sardinia’s coast for the day by chartering a yacht with SamBoat.

What to see and do in Sardinia

The beaches of the Costa Smeralda – where these swooshes of sand range from Spiaggia del Principe to Spiaggia Banana – are among the finest beaches in the world. The best with a boat? Anchor off Cala Goloritzé. It’s an only-by-boat beach so breathtaking that it was declared an Italian National Monument.

Anchor off Isola di Tavolara then swim ashore for a royally good lunch. Because of a historic quirk, the island wasn’t reunified with the Kingdom of Italy in 1860 and maintains its own royal family today – the current king manages the seafood shack, which serves a mean fritto misto and octopus salad. Best of all, the island is crowned by a 565m (1,853ft) peak. The views back over the beaches at Costa Smeralda are worth the heady hike. 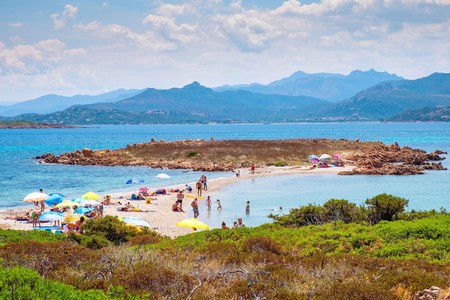 For sailors, the Maddalena Archipelago is unrivalled. This icing sugar of seven major islands and a sprinkling of tiny islands is so breathtaking they’re protected by Unesco. Striped dolphins zip between islands and picnicking paddleboarders wave from shore. The only issue? Spending a day at anchor off every Maddalena island would take the entire summer.

Of the dozens of yacht harbours that ring Sardinia, friendly and flexible Marina di Portisco has it all. The enviable location offers direct access to the island’s best beaches, plus 600 berths and dozens of yachts to charter – not to mention pizzerias, bars and a bargain hotel with concessionary rates for sailors with early embarkation. Check their mooring offers online and call VHF 69 on entry.

Marina di Porto Cervo makes for a stellar yachting experience – even if you can only afford gelato. Throughout the summer, the harbour welcomes billions worth of superyachts every day. It’s okay to pretend one of them is yours – we won’t tell a soul. At the other end of the spectrum, oh-so-cute Marina di Portoscuso offers up to 25m (82ft) moorings and access to the southern lonely islands of Sardinia. 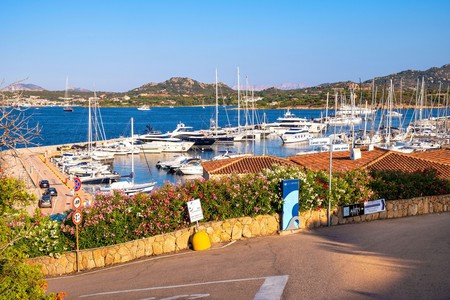 Where to eat and drink in Sardinia

Sardinia is an island bathed in sunshine – which means that crustaceans, figs and grapes become knockout seafood, fruity desserts and luscious wines. Food tours and vineyard eBike rides are popular – as are cheeses like casizolu, a grassy cow’s milk curd protected by the Slow Food movement. Or, try the lot at Nuraxi. The restaurant uses historic Sardinian ingredients like bottarga roe and island truffles to elevate line-caught tuna or culurgiones ravioli. Koki Beach offers parasols, cocktails and sand-in-the-toes servings of mozzarella burrata and tuna and walnut salad if you’re keen to dine alfresco on the beach. 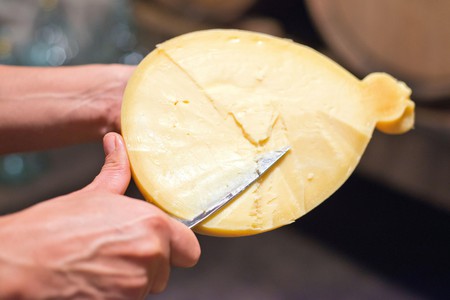 The best charter options in Sardinia

Heaven is eating prosciutto aboard a sailing cruiser built to perfection with a fold-out swim platform on a skippered or bareboat vessel booked with SamBoat. You’ll also discover the top spots around Sardinia’s coast when you charter a yacht with Dream Yacht Charter.

Where to get groceries in Sardinia 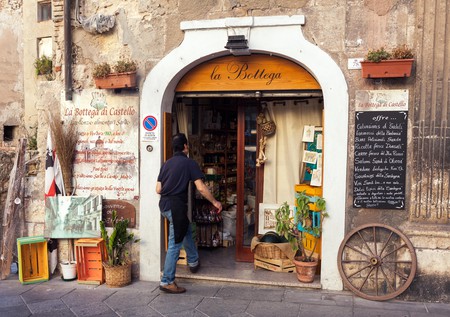 The ritzy Marina di Porto Cervo has a near monopoly on regattas. All are welcome to watch the starts of the landmark Maxi Yacht Rolex Cup – yes, it’s actually sponsored by Rolex. During the early September competition, a fleet of 30m (98ft)-plus sailing yachts vie for victory during a week-long regatta. In early June, the marina also hosts the Loro Piana Superyacht Regatta – with even more expensive racing yachts. 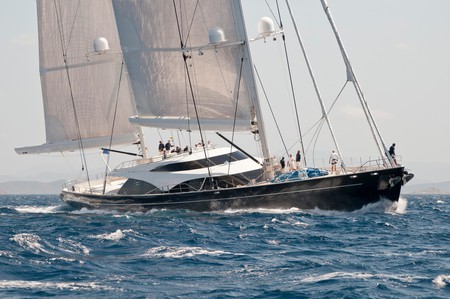 Climate and weather in Sardinia

Don’t fret about sunshine in Sardinia. From May through September, daytime temperatures seldom dip below 20°C (68°F) – with hotter days touching 30°C (86°F). From June through August, expect just a couple of rainy days per month. Around lunchtime, stiff coastal breezes make sailing off Sardinia a marvel. Although in the Strait of Bonifacio – where the huge islands of Sardinia and Corsica are separated by a mere 11km (6.8mi) of the ocean – the westerly wind vectors through like a ceiling fan on steroids. Seeking seclusion? Steer slightly away from the Costa Smeralda during the Italian school holidays from mid-July to late August. There are over 1,800km (1,118mi) of the Sardinian coastline to explore instead.

How to get to Sardinia

Olbia Costa Smeralda airport is the continental hub for Sardinia’s principal cruising area – its diminutive size promises a speedy exit to the taxi rank. From here, it’s a 20-minute drive – or slower bus ride – to the area’s principal marinas.
Take your time discovering this amazing Italian island by hiring a with Dream Yacht Charter. 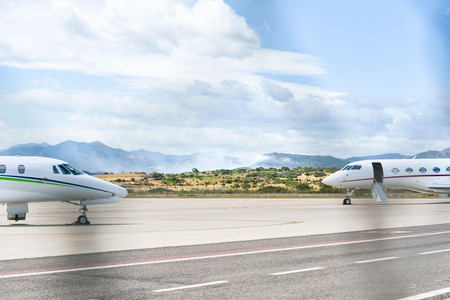