A Chef’s Guide to Ligurian Pasta 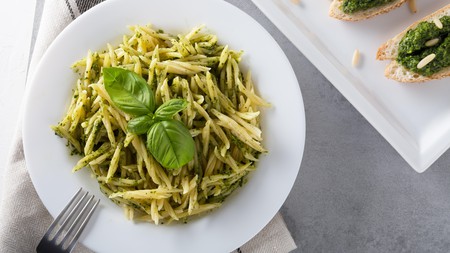 Tucked discreetly into Italy’s northwest corner, little Liguria is a sliver of a region with a wealth of big-hitting pasta dishes. Culture Trip speaks to some local chefs to get the lowdown on Ligurian pasta.

You can’t talk about Ligurian pasta without first talking about basil and pesto genovese, where the King of the Herbs finds its most regal expression.

The entire coastal region of Liguria – and especially the regional capital Genoa – is synonymous with pesto genovese. Each Ligurian chef has their own recipe, depending on the region they hail from, but the core ingredients are fragrant basil from Pra’ (a small province of Genoa where it grows on the slopes directly above the sea); young garlic (young so as not to overpower); pine nuts and Parmigiano Reggiano (Parmesan). 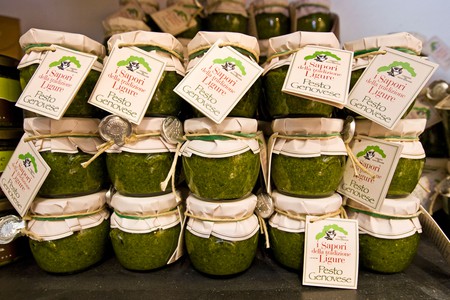 Pesto genovese is often said to originate from the 19th century, but really it descends from the Middle Ages sauce of agliata, a mash of walnuts and garlic, with the basil added later.

To meet Genovese standards, the pesto must be prepared with a wooden pestle and a marble mortar in a technique that prevents the freshly picked basil from oxidising. (If the aroma is released by the cut of a mixer blade, for instance, it’s said that the final taste is compromised.) 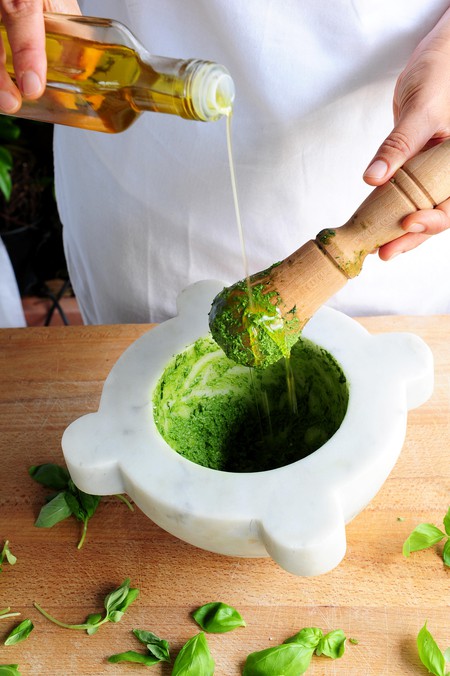 A tight curve of land dominated by the Apennine mountain range on one side and the Mediterranean Sea on the other, Liguria looks on maps like it might be a little limited in scope. Yet the region’s farmland is bountiful with vegetables and aromatic herbs, many of which are showcased in delicious Ligurian pasta dishes. Read on for some of our favourites.

Unique to Liguria, this egg pasta is also referred to as croxetti, crosetti, cruxettu or curzetti stampae. Each corzette is a very slim, silky disc made from flour, egg and – curiously – dry white wine in addition to the usual water. The texture of the pasta lends itself to embossing – so much so that, during the Renaissance, it became fashionable for noble families to stamp their family crest onto their corzetti. 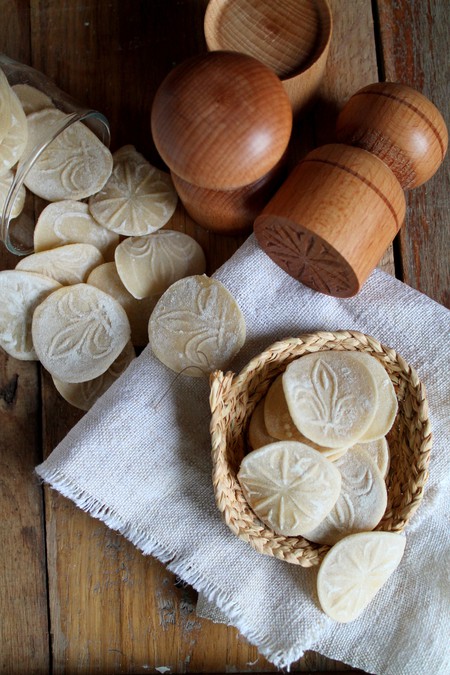 During the Renaissance, it became fashionable for noble families to stamp their family crest onto their corzetti | | © Viktorné Lupaneszku / Getty Images

Enrica Monzani, who runs A Small Kitchen in Genoa explains that “originally they were made by cutting the pasta with the edge of a glass and then pressing a coin with a cross on one side onto the disc. Only later, when makers started to use elaborate wood stamps, did they develop into this edible art.”

While the process has these days been mechanised, you can still find artisanal, hand-embossed corzetti with beautifully intricate designs if you look hard enough. Enrica says that corzetti’s prettiness is best appreciated with a simple dressing of olive oil, marjoram and pine nuts.

Trenette are narrow strips of dried pasta, flat and long, like a much more delicate fettuccine or linguine, but distinguished by the fact that they are biconvex (convex on both sides). Like all good dried pasta, trenette are made with semolina durum wheat and water. A classic Ligurian pasta dish combines trenette with boiled potatoes, diced green beans and green pesto. 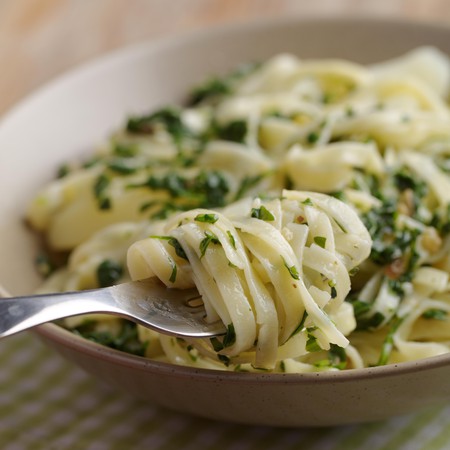 Small, conical trofie (or trofiette) are Liguria’s second most-famous pasta, after corzetti. These little twists of dried pasta hail from Golfo Paradiso, a small gulf near Genoa comprising the villages of Sori, Recco, Uscio and Camogli. “Traditionally, they were made one by one with swift and expert hand gestures,” says Enrica. “Restaurants and pasta laboratories in the area used to bring their finest flour to the skilled local ladies and then return the day after to pick up their beautiful fresh trofie, ready to be cooked or resold.” 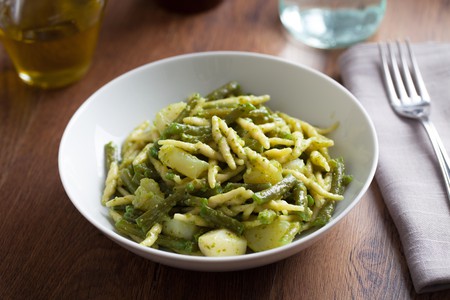 Demand for trofie in the wider Liguria region became so high that the 1960s saw the arrival of the first trofie-making machines. Yet mass production didn’t dampen Liguria’s sense of intimate connection with trofie; Enrica refers to pesto genovese as the pasta’s “loyal spouse”.

Late autumn and early winter’s chestnut harvest is the best time of the year to try handmade trofie. The addition of chestnut flour to the pasta mix creates a distinctive nutty flavour. Visitors to the small town of Recco, meanwhile, will most likely find trofie served with broad beans.

Testaroli is not pasta as you know it: in fact, these slightly rubbery squares have a texture not unlike English crumpets. They are dense and light all at once and Roberto Panizza, owner of Il Genovese restaurant in Genoa, describes testaroli as “the link between bread and pasta”. Like all pasta, testaroli comprises water, flour and salt but the cooking process is unique: “First,” says Roberto, “the dough is cooked on a testo, a round, red-hot, cast-iron plate, with which the dough is in direct contact. Once cooled, the testaroli (a large disc) is cut into strips and then again into pieces. Next, the pieces spend just three minutes in boiling water, with the heat turned off.” 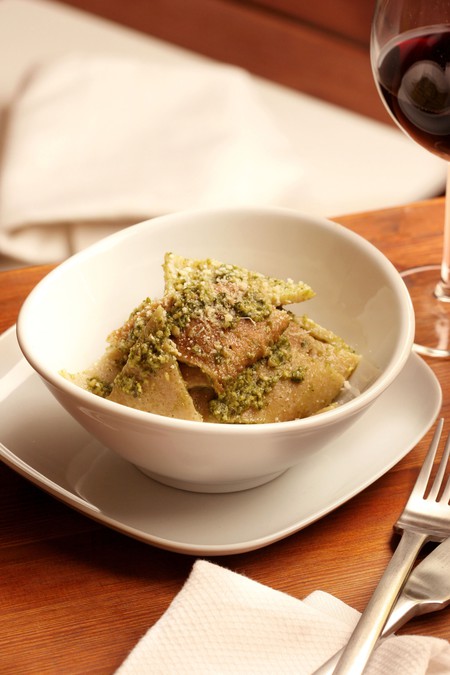 From her charming home in the heart of Genoa, Enrica Monzani of A Small Kitchen in Genoa hosts intimate cooking classes, sharing the knowledge of Ligurian cuisine that her mother and grandmother passed down to her. She also offers foodie tours of the city, picking out its gourmet shops and the best places to taste Genoese street food. If you aren’t travelling to Genoa anytime soon, check out her website for Ligurian recipes, rich in anecdote and history.

Open since 1912, Il Genovese is an informal restaurant that offers elegant Ligurian pasta alongside hearty Genoese street food. Brothers Sergio and Dario work with Roberto Panizza to run the restaurant, while Roberto is also President of the Associazione Palatifini, which organises the Pesto World Championship. 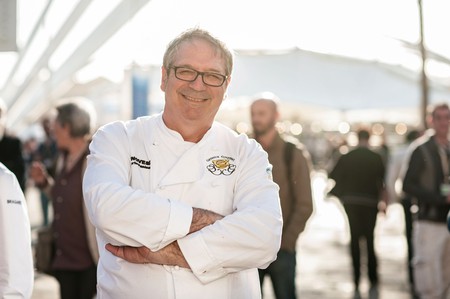 Roberto Panizza is president of the Associazione Palatifini, which organises the Pesto World Championship | | Courtesy Il Genovese
Give us feedback